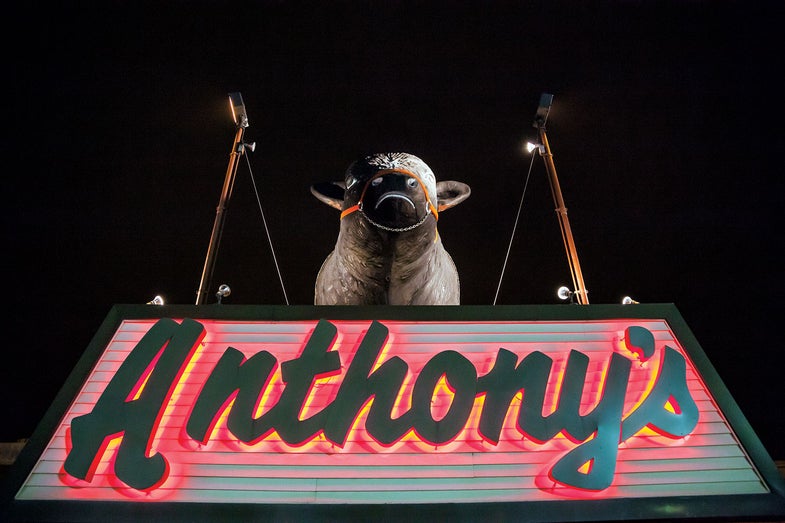 We don’t have cuisine in Nebraska, we have food. When you take on the meat loaf special at the tavern in my central Nebraska town, Dannebrog, you’re served not a slice but a whole loaf, as if they’re provisioning you for a trek on the Oregon Trail, along which wagon trains once traversed the Cornhusker State. It’s not just that we love to eat plenty of our Nebraska beef, it’s also because of our farmstead legacy. The days of threshing crews may be over, but small town meals are still put together like we’re girding for the harvest. What’s on the plate here in the Middle of Everywhere reflects our diverse settler history. Danes came to Dannebrog in the 1870s, so you occasionally find ebelskivers, those potbellied pancakes, at local places like Kay’s Korner and the rolled beef flank called rullepølse at Kerry’s Grocery. The German-run bakery sells pizza like the Italians in Omaha do, only with sauerkraut on it. (It’s better than it sounds.) Just west of us in Farwell is a Czech cemetery full of pioneers who brought goulash to Omaha, while the nearest town of any size, Grand Island (population 49,000), was German. Now it’s Thai, Honduran, Bosnian, and Somali. Yes, in cattle-heavy Nebraska the main course is still beef, but the rest of it? That depends on what town you’re in and what street you’re on.