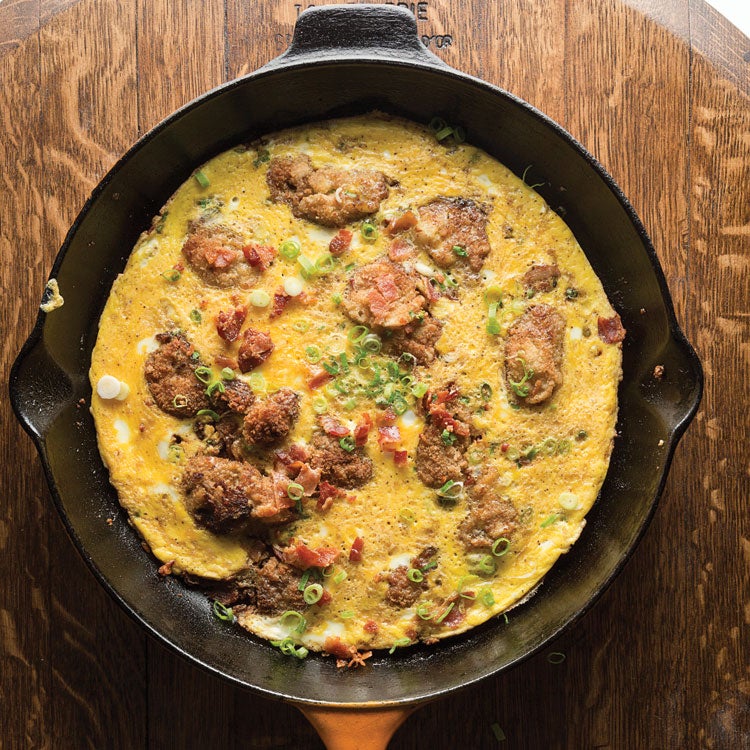 Placerville, California—known during the Gold Rush as Hangtown for its oft-swinging noose—lays claim to this incomparable scramble in which plump, fresh oysters are lightly breaded, then pan-fried in bacon drippings, and tossed with beaten eggs, bacon, and a splash of Tabasco. Some say the Hangtown fry, comprised of what were considered edible luxuries in the 1890s mining town, was dreamed up by a panhandler after striking it rich; others say it was the final meal of a condemned man. Either way, it’s one of the finest legacies of the Old West.

See the recipe for the Hangtown Fry »