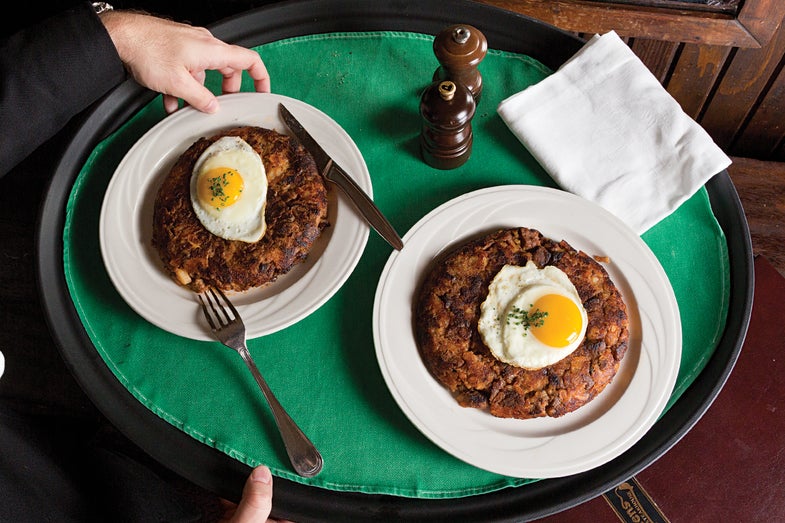 Quite possibly the best steakhouse dish in New York City isn’t a steak at all. It’s the heavenly prime rib hash served in the wood-paneled pub at Keens, a midtown Manhattan institution since 1885. A medley of potatoes, onions, and big chunks of the restaurant’s famous prime rib, the hash is skillet-fried until the exterior is crisp and just this side of carbonized. It’s seasoned to the hilt with rosemary and plenty of salt and pepper and is topped with a fried egg gilded with minced chives. Plunge your fork through the egg and into the hash’s center; and the yolk seeps into every crevice.