Seafood Capital of the World 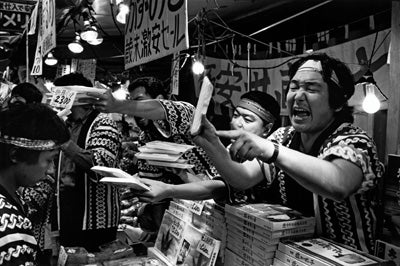 We eat a lot of fish in Japan—more than 130 pounds of it per person annually, nearly four times the global average. No matter where you live in this country, you never have to travel far to find a market selling fresh-caught seafood. The men pictured above are selling tuna at the Ameyoko Market in Tokyo. The vendors probably purchased their product that morning from the 75-year-old Tokyo Metropolitan Government Wholesale Market, known to everyone as Tsukiji (5-2-1 Tsukiji, Chuo-Ku, Tokyo, www.tsukiji-market.or.jp), the biggest fish market in the world and one of the largest wholesale markets anywhere. My husband is a buyer at Tsukiji, and I’ve always loved accompanying him to the vast, 56-acre waterfront facility and its famed tuna auction in the early morning hours. Trying not to lose him in the army of men in knee-high white rain boots amid the shouts of tuna auctioneers, I walk alongside him as he navigates his way through the more than 1,600 stalls. It’s hard to imagine that there are enough fish in the ocean to supply this market every day: trays of sea urchin, buckets of eels, and rows and rows of finfish of every kind, all meticulously stacked so that their heads are facing one way and their tails another. The procuring and selling of fish at Tsukiji follows an implicit hierarchy, with well-established companies gaining privileged access to the best catches and selling to the most famous chefs and restaurants. Despite the entrenched hierarchies of the market, a camaraderie among the sellers and buyers prevails. After all, everyone is after the same thing: impeccably fresh fish. —Yukari Sakamoto, author of  _Food Sake Tokyo (The Little Bookroom, 2010) _