We get dozens of cookbooks each week at SAVEUR, and every month we share our favorite new releases—books that, through one avenue of greatness or another, have earned a place on our over-stuffed shelves. This month, we explored new Nordic cuisine, celebrated the American South, embraced bitter flavors, and learned why we toast to someone's health. 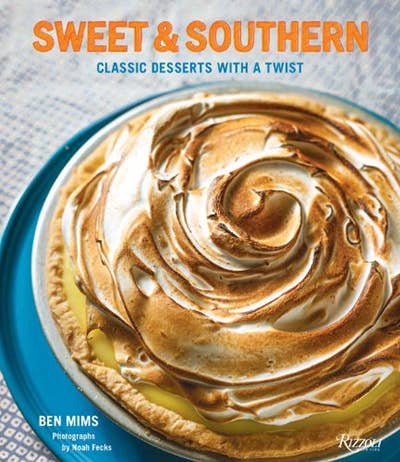 Sweet and Southern: Classic Desserts with a TwistSHOP NOW

by Ben Mims
Ben Mims was SAVEUR's associate food editor when I arrived in 2012, and I remember lingering over his heavenly dessert recipes: butter turtles; lemon curd-vanilla swirl ice cream; fluffy coconut cake made with freshly grated coconut. Now, he has a whole cookbook of treats to pore over: Sweet and Southern. Here our former co-worker gathers Southern twists on pastry classics (think mint julep crème brulée and ambrosia pavlova), modern updates of Southern staples (hummingbird cake and pecan pie), and a few international recipes (the Indonesian cinnamon-chocolate cake spekkuk) inspired by his time at SAVEUR. Each one is presented with an eye for technique and a borderline-obsessive attention to detail—a mark of his pastry chef background—plus plenty of his irresistible Mississippi charm. —Laura Sant 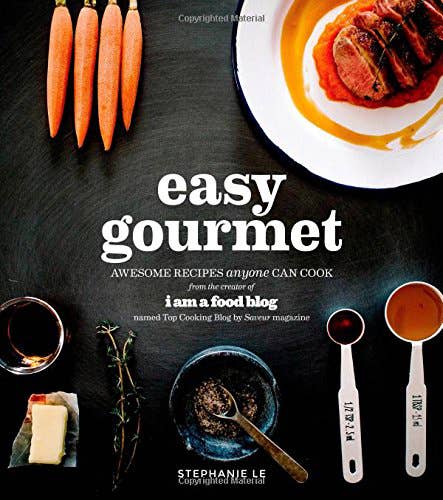 by Stephanie Le
I first encountered Stephanie Le and her website, I Am A Food Blog, when we were pulling together the 2014 Food Blog Awards. She won the top award, Blog of the Year, for good reason: Le thinks big, cooks a diverse range of dishes and cuisines, and the design and photography work on her site is second-to-none. Her debut cookbook, Easy Gourmet, is both beautiful and thoughtful, an apt follow-up to her blog. The recipes are geared for those with big appetites but not a lot of time. Dishes like rich bone marrow pasta, sesame noodle salad, and miso eggplant come together quickly without sacrificing flavor. There are also plenty of offerings for more time-intensive yet equally straightforward dishes, like homemade chicken ramen, french toast with a peach-bourbon syrup, and sweet-and-savory roasted pork belly. Like her blog, the book is visually striking, with bold, elegant typefaces, clean lines, and stunning photographs. Easy Gourmet is a seamless translation of Le's online work to print, and our kitchens are better off for it. —Zoe Schaeffer 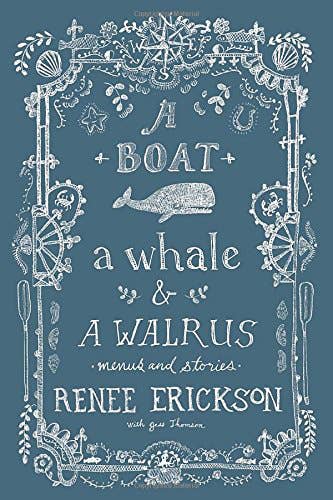 A Boat, A Whale & A WalrusSHOP NOW

by Renee Erickson
Chef Renee Erickson's debut cookbook, A Boat, A Whale, & A Walrus, loosely evolved from the monikers and menu pages of her quartet of Seattle eateries, an empire that started with the Boat Street Cafe in 1998 and has since grown to include The Walrus and the Carpenter and The Whale Wins. Divided into a dozen stand-alone menus categorized by season, the book provides templates for whole meals—from a wintry brunch culminating with molasses spice cake and candied citrus to a summer birthday dinner featuring a platter of sun-ripened tomatoes dressed with olive oil and vanilla bean salt. Interspersed throughout the pages are personalized tips and how-tos, including practical advice for assembling a stellar cheese plate to an in-depth look at salts. The book is capped with a chapter of recipes for the homemade staples that are featured throughout, from the chermoula that's used in a summery dish of charred Pacific octopus to the crème fraîche that mellows a fall dinner starter of mussels in cider with Dijon and tarragon. And although A Boat, A Whale, & A Walrus' recipes reflect an intricate intertwining of the Pacific Northwest's bounty of sea, forests, and farms, the book's focus on simple, sourceable ingredients makes the array of mouth-watering menus approachable, whether you're in Erickson's Portage Bay backyard or in the land-locked Midwest. —Judy Haubert

Available from Sasquatch Books; $28
BUY A Boat, A Whale & A Walrus on Amazon.com 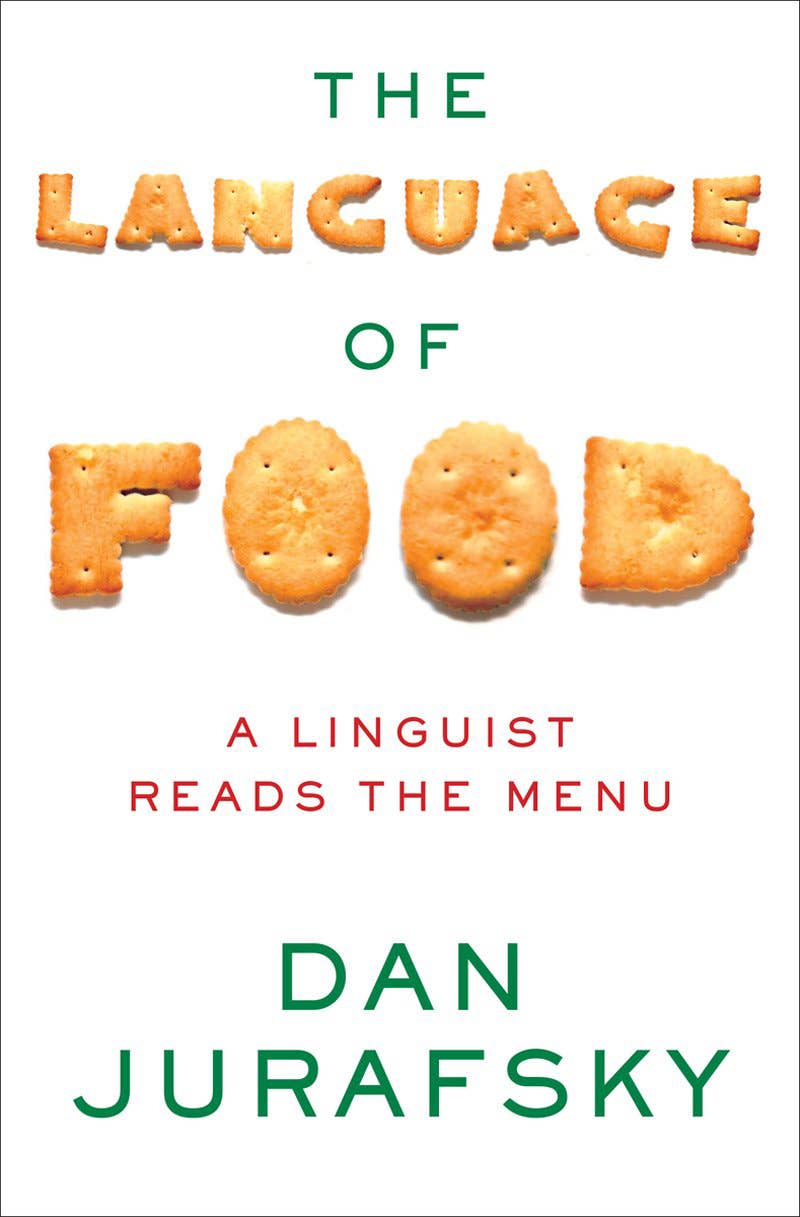 The Language of FoodSHOP NOW

by Dan Jurafsky
"All innovation happens at interstices," Dan Jurafsky writes in the introduction to his new book, The Language of Food. Cuisine and language, both so central to our cultural identities, are perhaps the best examples of this, having morphed in tandem wherever populations have mingled. Each contains fascinating clues to the evolution of the other: Why do we toast to someone's health? Why do most languages have so many words to describe negative tastes and experiences, and so few to describe positive ones? How do native "speakers" of a cuisine come to agree on certain rules, like serving sweet things at the end of a meal instead of the beginning? The book meanders pleasantly among these and other questions, feeling like a particularly animated conversation with a knowledgeable and insatiably curious friend. It's a joy to read for anyone with a love of food and words. —Laura Sant

Available from W. W. Norton & Company; $20
BUY The Language of Food on Amazon.com 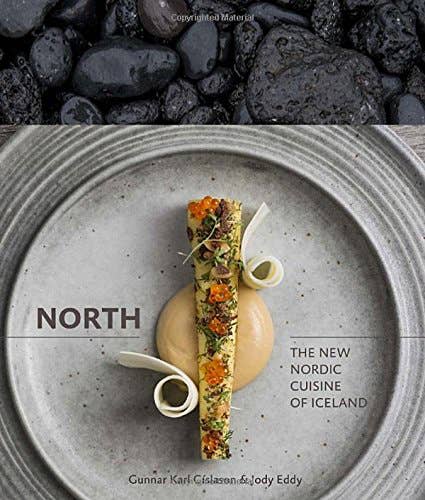 by Gunnar Karl Gíslason and Jody Eddy
In the midst of Iceland's 2009 economic crisis, chef Gunnar Karl Gíslason defied the odds and opened his high-end, new Nordic restaurant Dill. After reinventing Icelandic haute cuisine, Gíslason has now decided to share his culinary techniques and passion for foraging and terroir. From simple rugbraud—loaves of sweet rye bread—to a more complex dish of pine-sautéed redfish with burned butter vinegar, North presents an in-depth introduction to the country's culture and cuisine. Weaving local narratives with travel tips and recipes, this book reads as a Nordic lifestyle guide rather than a cookbook. Conversations with local farmers, cheesemakers, and brewers highlight the under-the-radar talent that will have you dreaming of an Icelandic getaway, while stark photographs by Evan Sung reflect the natural beauty and variety of Iceland. Recipes such as spiced lamb belly or tea-crusted catfish can be paired with any of Gísalson's inventive vegetable dishes and finished off with a bowl of sugar-dusted blueberries and skyr or sunchoke ice cream. Brimming with recipes that use techniques like hay-smoking, preserving, and pickling, the book still manages to remain approachable; hard to source ingredients such as reindeer liver and Witch's brew are accompanied by alternatives like calf's liver and homemade herb blends. North is a must-have for anyone intrigued by the mysterious beauty and complex flavors of Iceland. —Emily Carter 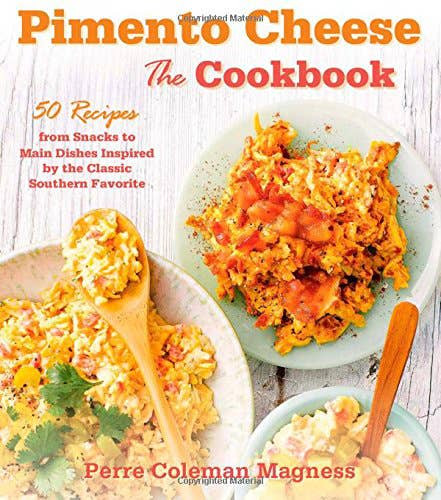 by Perre Coleman Magness
This little book, devoted entirely to what author Perre Coleman Magness calls "the paté of the South," wouldn't be possible without the incredible zeal for all things Southern American that has gripped the country's food scene in recent years. It would be a mistake to dismiss pimento cheese's sudden popularity as merely a fad, however; as Magness demonstrates, the bright orange spread, popular in the South since the early 1900s, is surprisingly versatile. From ridiculously decadent snacks like pigs in pimento cheese blankets and bacon-pimento cheese truffles to absolute no-brainer mains like pimento shrimp and grits, the recipes for this Southern staple are easy to follow, simple, and delicious. But even more than the recipes, it's Magness' entertaining and sometimes downright hilarious voice that makes the book great. From an introductory diatribe on the various spellings of pimento, which she concludes is moot because, "it's all pronounced 'puh-menna, anyways," to chatty headnotes and a sidebar in which she admits to lifting a jar of particularly good pimento cheese from a party, Magness kept me reading from cover-to-cover. —Felicia Campbell 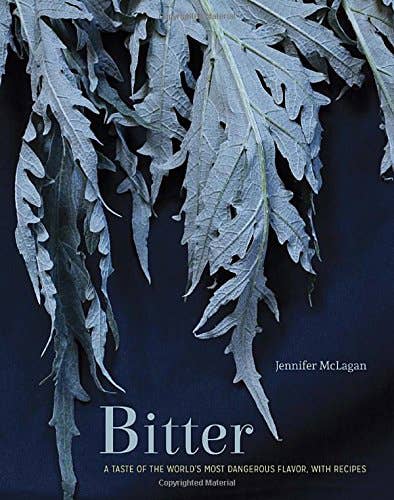 Bitter: A Taste of the World's Most Dangerous FlavorSHOP NOW

by Jennifer McLagan
Cookbook author Jennifer McLagan has a thing for food world taboos, tackling the very subjects that many Americans find revolting with her last three books—Bones (2005), Fat (2008), and Odd Bits (2011)—and singing their delicious praises. In her latest, Bitter, McLagan puts a spotlight on the often unpopular flavor with the same intelligent passion as her other works, offering a dose of history, science, and cultural analysis, alongside a bevy of intriguing recipes. McLagan entices us with familiar dishes, like chocolate tart, arugula pizza, and mussels in beer, but the most fascinating recipes are more unusual, including a tobacco panna cotta and a cardoon beef tagine. Plus, the gorgeous photography is enough to convince any cook to pick up a pan. With amari, Negronis, and other drinks featuring bitter flavors so in vogue, Bitter is a timely work. But, more importantly, it's a beautifully utilitarian cookbook. —Mari Uyehara 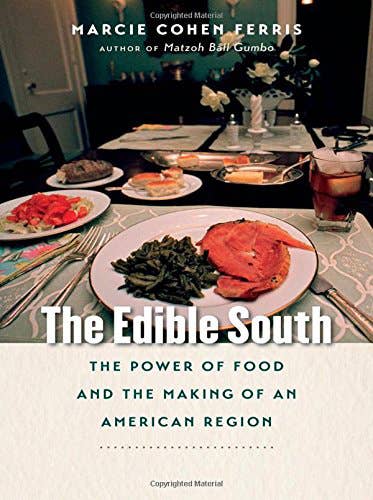 by Marcie Cohen Ferris
Extensively researched, The Edible South takes a new perspective on the American region and its rich, tumultuous history. Ferris puts forth a meticulous historical ethnography that, through a focus on the mundane, presents compelling insights into the politics of, for instance, watermelon rinds. She unpacks social hierarchies through her observances of the ostensibly simple act of eating, taking into account everything Southern and food-related, from the decadent feasts of the Old South to the lunch counters of the Civil Rights Movement to counterculture communes. Clocking in at about 350 pages, it's a commitment to be sure, but it's one that will leave you feeling informed, engaged, and, most of all, hungry. —Isabel Carter