20 Years of SAVEUR: Dinners with Edith 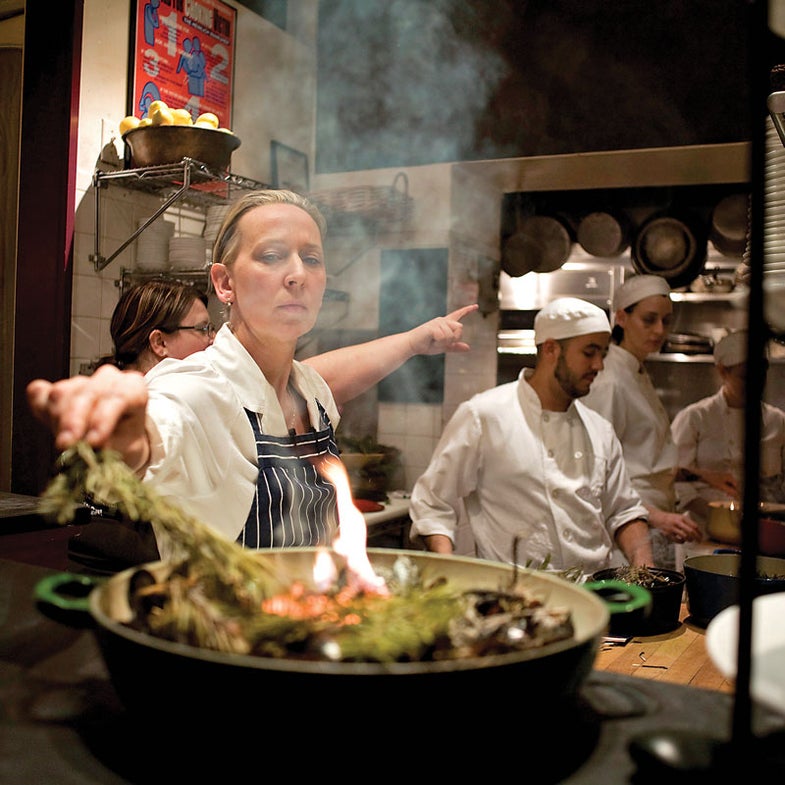 Eclade de moules is an explosion, a pyrotechnical and gustatory seaside fantastic-ness that starts with a couple of teenage cousins in your summer group soaking a long wooden plank in the sea while horsing around. In the meantime the rest of you—tan and relaxed—sit on the pebbly beach and pull the beards from the hundreds of mussels in your freshly collected bushels. In its purest, most perfect iteration, you are “in situ”—on the beach at, say, Sète or Argelès, with a view of the Pyrenees in front of you and the large forest behind you filled with Aleppo pines. That is where the kids in your group have spent the hot afternoon in the cool shade with queen-size pillowcases, stuffing the sacks with dry pine needles from the forest floor, just as Edith Lanthiez-Soyez’s son Eric once did on a forested island near France’s western coast in author David McAninch’s June/July 2007 article “Dinners with Edith.”

There is a riveting and quick explosive roar of fire as you set match to the dry pine needles now scattered over those mussels, which have been neatly and tightly packed together between two large nails at either end of the wet plank, so tightly set in, with their hinges up, not down, that even when boiling inside in their own liquor, they can’t open and lose their juices because they have been arranged just so. And it ends, perfectly, with you and your friends and family, in the chalky blue air of sunset, brushing away the pine ashes, and pulling out the smoky, juicy mussels and sucking them right from the shells, your sooty hands gripping a cool glass of white burgundy from, ideally, just a few villages away in the winier parts of the Languedoc.

In its less pure iteration, I can tell you, you are in the windowless stainless-steel kitchen of your restaurant on a cold evening, packing mussels imperfectly into enameled cookware with all of your crew in white aprons—one of whom has a purple-black eye still fresh from getting hit on her bicycle by a taxicab just days before. It’s not exactly the expansive, moody, slow-setting-sun-at-earth’s-watery-end atmosphere you had hoped to capture and translate for this important wine dinner you’re hosting, the mussels course chosen in particular to really convey a sense of the land as wine merchant Neal Rosenthal pours the Mas Cal Demoura vin de pays from the Languedoc. But it’s an approximation, like everything you do in your impossibly small and improbably situated restaurant tucked into the ground floor of a 115-year-old East Village tenement building in New York City. As you send pan after pan into the dining room, setting them ablaze on the pass just as the waiters pick them up and walk them to the tables, crackling and smoking and throwing red sparks, you realize, vividly, the difference between dried Aleppo pine needles gathered from the forest floor and those from dead, discarded Christmas trees—most of them short-needled blue spruce still tangled with silver tinsel—collected in the back of your Volvo while driving around Brooklyn’s Bed-Stuy neighborhood late one night.