The Art of the Meal

A grandson remembers Diego and Frida with a food-filled festival 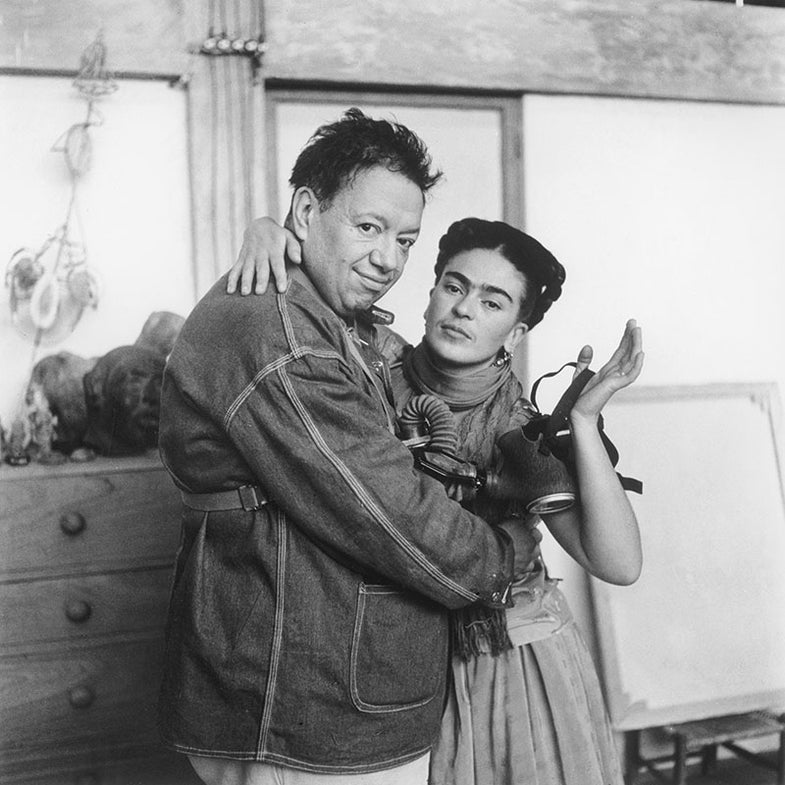 The first time I met Diego López Rivera, grandson of the legendary Mexican painter Diego Rivera and step-grandson of surrealist artist Frida Kahlo, it was in his hometown of San Miguel de Allende, Mexico, over a breakfast of chilaquiles. I was nervous to meet this man, unsure if he would be as electrically charged as his grandfather, who was infamous for his hot temper. As we tucked into tomatillo-soaked tortilla chips, however, I discovered that López was a gentle man, as soft-spoken and considerate as his grandfather was impetuous. Growing up in the shadow of his grandparents’ ample legacy—their revolutionary art, impassioned communism, torrid and hurtful affairs—was not an easy birthright, López told me. But the 62-year-old filmmaker found peace with his larger-than-life family by researching their other great passion: food. For the past several years, he has dedicated himself to recreating the recipes that Rivera and Kahlo used to serve at their legendary Mexico City salons in the 1930s—a project that culminates this spring in a food festival at the Rosewood San Miguel in their honor. When I pressed him for details, he offered to give me a taste.

In the kitchen of the Rosewood, López told me the story of how his grandparents entertained with epic dinner parties that Kahlo called días de los manteles largos, the days of the long tablecloths.

“Whenever people came to Mexico, it was a very important part of their visit to see Frida and Diego,” said López. The upper echelons of society all had an invitation to dine with them. On any given night you might find the Rockefellers, Frank Lloyd Wright, Orson Welles, Gary Cooper, or Leon Trotsky eating classic Mexican dishes, listening to mariachi music, and drinking tequila well into the early hours of the morning.

Putting the finishing touches on his pico de gallo con xoconostle, a piquant fresh salsa of diced tomatoes, onions, and tart, underripe cactus fruit, he described how this dish would have been one of many in an overflowing feast beginning with soup, perhaps made with chicken broth and the toasted, vermicelli-like pasta fideos. This would be followed by a salad of grilled zucchini, avocado, and salty queso añejo, perhaps, and creamy, ricotta-like requesón or other local cheeses. The main course was always a showstopper: manchamantel, chicken and pork braised in a chile-spiked sauce; or Rivera’s favorite, mole de pato, duck stewed in a sauce of chocolate and chiles.