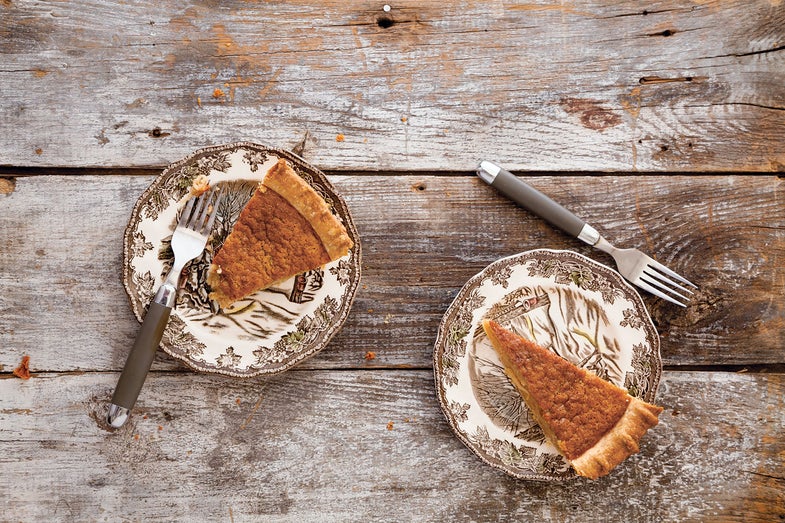 Eight years ago, when Imani Muhammad needed to raise funds for her nonprofit childcare on the southwest side of Chicago, she baked bean pies. Made from sweetened navy bean purée, they boasted a silky, custardlike base spiced with nutmeg. They proved so popular that they became the program’s main fund-raising tool, which isn’t surprising if you know bean pie’s history.

The dessert’s roots are in dietary guidelines set forth by religious leader Elijah Muhammad, who, in the 1967 treatise How to Eat to Live, wrote that beans were a blessed food—but that sweet potatoes weren’t fit for man to eat. His daughter developed a sweet potato pie—like recipe using navy beans that was so delicious, it became the most popular way to raise money for the Nation of Islam. Its members hawked them on street corners from the early 1970s onward.

I first encountered bean pies in Detroit during college and looked for them in Chicago after I moved here. Eventually I found Imani, who by then had launched a bakery, Imani’s Original Bean Pies, where she makes 550 pies a week. Her recipe, she told me, came from the Muslim grandmother of a childhood friend. “Nanna used to make bean pies for me, and I just loved them,” she said. “Now, I get to make them for her.”