In Appalachia, a family-owned company builds on sorghum's sweet success 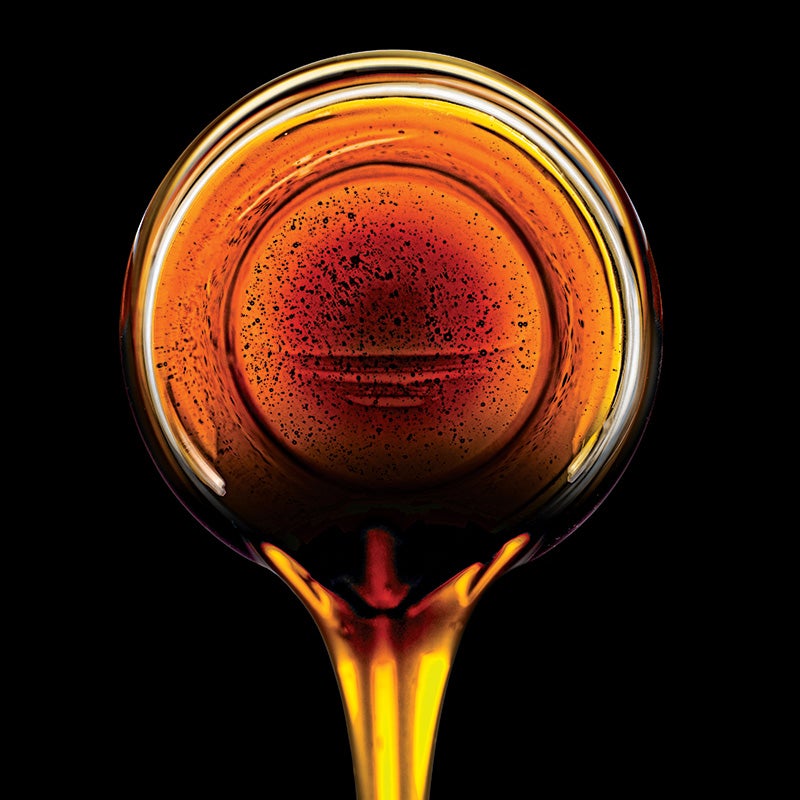 On an October morning, as the first frost crisped the pastures in east Tennessee, I drove from my home in Knoxville to the little town of Monterey to visit Pete Guenther and his family. By the time I arrived, Pete and his family had been up for hours harvesting sorghum, a cereal crop domesticated in Africa some 5,000 years ago. The Guenthers have grown the plant, Sorghum bicolor (L.) Moench, since 1981 on ridge-top fields overlooking Muddy Pond Road, their mill’s two-lane namesake. They grow it not for its grain, but because the stalks flow with a watery, lightly sweet sap that, when boiled down, yields a thick table syrup redolent of dark caramel and wood smoke.

Up until the post-WWII spread of cheap refined sugar, sorghum syrup was the primary sweetener used in the South. Now, after nearly a century of decline, the revival of small-scale sorghum production in the southern Appalachians is a symbol of cultural continuity and a boon for those eager to get their hands on the stuff. “It used to be hard to find sorghum many places,” said Guenther, “but it’s making a comeback. A lot of young chefs are beginning to cook with it.”

Sorghum is often confused with molasses, but there are fundamental differences between the two. True molasses is made from sugarcane—Saccharum officinarum—a tropical grass that has a year-round growing season but is limited in range by frost. Sorghum bicolor grows any place corn will, as far north as Michigan. Planted in late spring, it reaches gangly maturity—some 12 to 14 feet tall, looking from a distance like corn that’s vaulted to basketball-player stature—in early fall. While true molasses originally flowed from the Caribbean’s vast sugar plantations, sorghum is a quintessential product of the small American farm.

“Sorghum came with the African slaves,” explained Muddy Pond’s Craig Whitman, who looks the part of community elder with his faded overalls and snowy beard. “With the Civil War, both governments realized they had a shortage of sugar, so they encouraged people to plant sorghum. Within a generation, about every farm in Tennessee had a patch of sorghum cane.”

A hundred years earlier, refined sugar had been relatively scarce in colonial America. It wouldn’t become an everyday staple until the waning years of the 19th century. During that same period, American sorghum production grew to a peak of some 24 million gallons a year in the 1880s, and huge quantities were shipped north to manufacture rum and molasses beer. In Southern kitchens, sorghum was prized as an everyday luxury. “I could make a meal on sorghum with butter and a biscuit,” said nonagenarian Don Hemphill at an annual sorghum-making event, which is held each year by the McEntire family in Old Fort, North Carolina.

“It’s important to keep the art alive,” said Gerald McEntire, one of nine siblings born on the 150-year old Peaceful Valley Farm family farm, which also produces heirloom white corn for cornmeal, grits, and moonshine. “We want the kids to see what you can do with corn and sorghum. This story is important.”

The McEntires make enough sorghum annually for their own use, with surplus to sell for $5 a pint to the hundreds of neighbors and visitors who come for the day’s festival atmosphere.

“Making [sorghum] is not about the money,” said Gerald’s brother John. “It’s about liking it.”

The work to produce a “run” of sorghum will usually begin on Friday, when a crew goes to the field to strip the mature cane of its leaves and top the seed heads, a few of which will be saved for next year’s planting. The following morning, the cane is cut at ground level with a swift chop of a hatchet-like cane knife, and milled between heavy rollers to extract the juice. Mills were once turned by horses or mules that trudged a circular path at the end of a long swing arm. These days they are usually run on engines. The collected juice is strained and reduced at a steady boil in a shallow steel pan. Because the pans are homemade, their construction reflects local habits and traditions. In Sharp’s Chapel, Tennessee, the Houston family cooks in a pan that is about the size and shape of a sleeping cot and rests on a clay-lined fire pit. Dogwood provides the best coals, according to Jim Houston, who took over as sorghum boss after his Uncle Willy passed away a few years back at 101 years old.

“You reduce it ten to one,” said Houston, as a light green sorghum juice trickled from his tractor-powered mill to slowly fill a zinc tub. “You think this is slow? You should have seen it when we used mules.”

Examples of sorghum’s antique technology can be seen at Cades Cove, an open-air museum in the Great Smokey Mountains National Park, where the Guenthers keep a pair of draft horses hitched to their original mill for demonstration purposes. Today, however, they rely on machinery scaled to their annual production of some 9,000 gallons, harvesting and crushing their 60 acres of sorghum in the field, with a tractor-drawn contraption assembled from a corn harvester, a concrete mixer and a thousand-gallon tank. Inside the cooking shed, clouds of vapor rise from a steam-heated pan the size of a swimming pool; a labyrinth of metal fins channel the hot syrup back and forth as it runs down the pan’s gentle incline. When it reaches the bottom, the syrup is sparkling brown and clings to a chilled spoon. The Houston family’s sorghum, by contrast, is nearly black and, on a cool day, solid enough to sit on the tines of a fork.

“There’s really no set way to make sorghum,” said Guenther, for whom the only ideal is a “clean” taste. “Nobody is doing it exactly alike.”

Among sorghum-making families, the younger generations participate to the extent their age allows, with the smallest skimming the boiling syrup with long-handled strainers. The old men keep watch: They issue directions, judge when the pan is cooked and, perhaps most important, share what Gerald McEntire calls “the story.” At the McEntire gathering in Old Fort, Hemphill told bystanders about one year’s memorable sorghum harvest at his farm, which was built by his great-great grandfather in 1846. “My wife and I went in about five o’clock in the morning, and about five o’clock the next morning we were still at it,” Hemphill recalled. “When everything is going good, I just can’t find a stopping place. I’d rather make sorghum than eat when I’m hungry.”