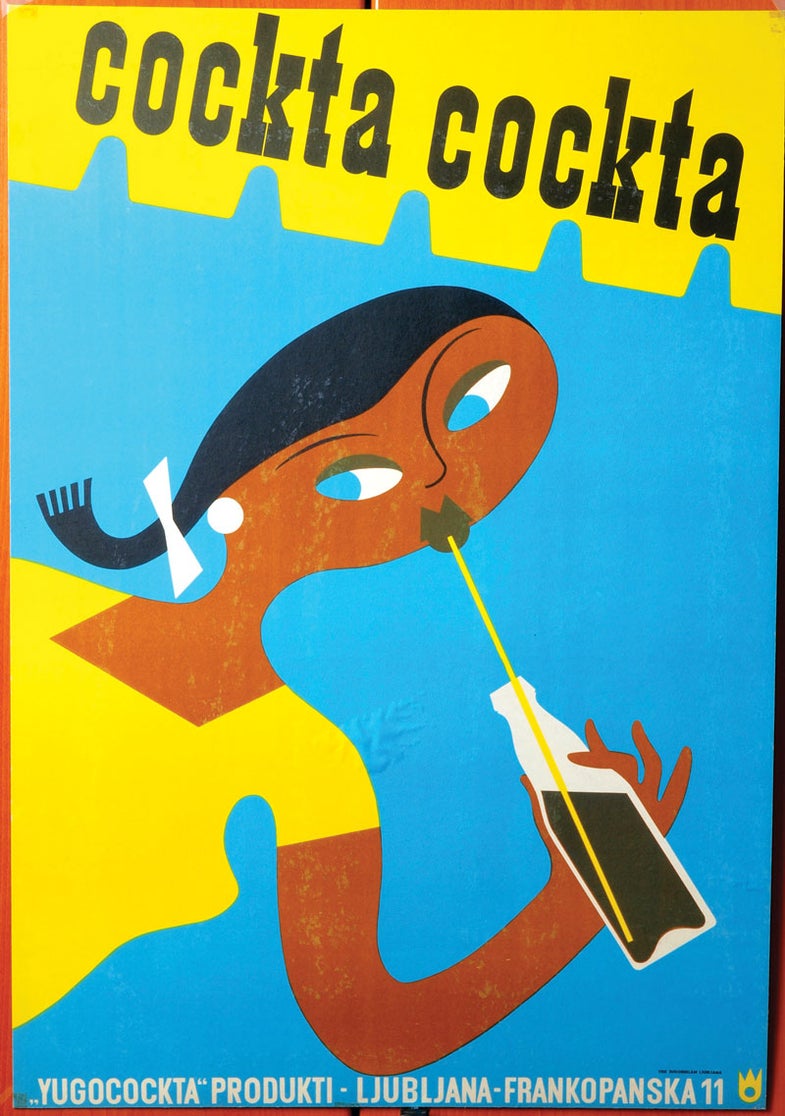 During the Cold War, leaders of Eastern-bloc countries wanted to prove they could keep up with the West in every way possible—from launching satellites to earning Olympic medals to, on a more epicurean level, creating beverages that could rival American soft drink icons Coca-Cola and Pepsi. The planned economies of the era lacked access to cola nuts, vanilla pods, and many other ingredients that typically flavor colas. But with a bit of Old World ingenuity, communist-era food scientists came up with substitute soft drinks using ingredients they had in abundance. Yugoslavia’s Coca-Cola imitator, Cockta (introduced in 1953), was made with rose hips, a traditional ingredient in jams, sauces, and herbal teas. In Czechoslovakia, Kofola (1960), a gingery, spicy quencher, was flavored with coffee beans, while in Hungary, crisp, fruity Traubi (1971) was made from surplus wine grapes. Baikal cola (1976), whose flavor derived partly from black tea, was created ay the Soviet Union Institute of Drinks for the1980 Moscow Olympic Games. After the fall of communism, the people of Eastern Europe started embracing Western products, making the future for proxy oops look bleak. Still, many of the old brands managed to hold on. Today, in fact, some are even thriving, thanks in part to nostalgia for the communist era. (A few are available in the States.) “It’s very popular to think that during socialism everything was fine—the dark side is often forgotten,” said Bojana Rogelj Škafar, director of the Slovene Ethnographic Museum in Ljubljana, which recently featured an exhibition on Cockta. “At the same time, this is a symbol of national identity. It is a unique product that the Slovenes can be proud of.”