The Cookbook Too Good for Blaine Wetzel to Share 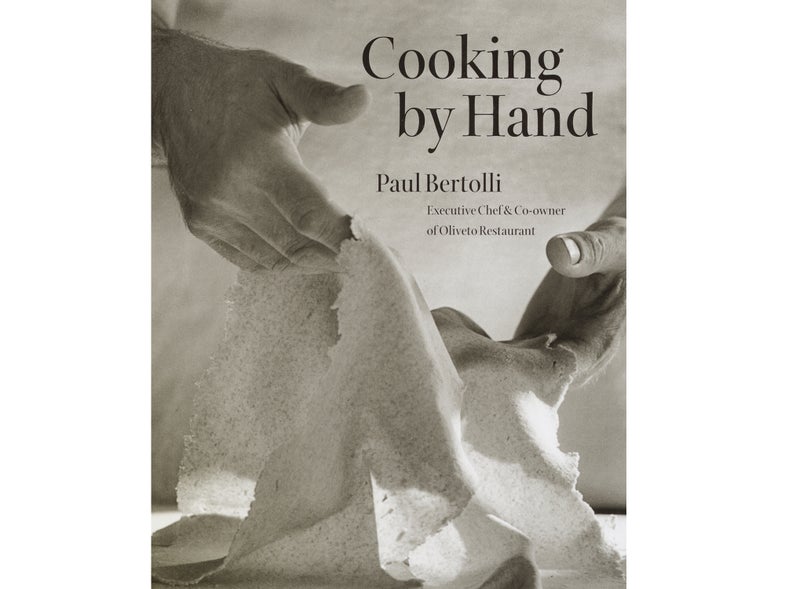 Blaine Wetzel is a cookbook obsessive. He has stacks of them in random places throughout his house, an eight-sided structure on Lummi Island that sits in the shadow of an apple tree a (very) short walk from his restaurant, The Willows Inn. “They’re in my car, my kitchen, my home,” he said, “and most of the people I know have one of my books at any given point.” But no one has his copy of Paul Bertolli’s Cooking by Hand. That one is too good to share, even though he wishes everyone could read it.

“I’ve read Cooking by Hand five times,” he said. “It’s so heartfelt. [Bertolli’s] such a wealth of knowledge, and his passion for Italian tradition and culture really comes through, and then also his passion for food and ingredients. You don’t always get that in cookbooks.” Nor do you always find an accessible writer who so gracefully encourages you to dig deeper into the richer aspects of a country’s cuisine. Before nose-to-tail cooking was a so-hot-right-now trend, Bertolli’s 2003 release devoted an entire section to whole-hog cooking, with a diversion into making salumi inspiring enough to attract cooks who’ve never seen a sausage-stuffer.

Wetzel’s own cookbook, Sea and Smoke, just came on the market, but he was flipping through the pages of Atelier Crenn: Metamorphosis of Taste, Dominique Crenn’s beautiful new cookbook, while chatting about Bertolli’s and thinking about the persimmon vinegar recipe from the last book he leafed through. He rarely takes a direct cue from the recipes he reads in cookbooks, but Wetzel started experimenting, because persimmons are coming into season now, and the recipe was a traditional vinegar method from Japan that peaked his interest.

There is a vinegar recipe in Cooking by Hand too, and before I could finish asking Wetzel which recipe in the book really stands out to him, he answered, “Balsamic vinegar. No doubt.” He talked about his love of the process, and the unique way Bertolli’s recipes are written. “The book is littered with these really awesome small stories that are also recipes, like the balsamic vinegar one,” he said, “and they shed a lot of light on Italian food traditions.”

As many books that Wetzel’s lent out to people, he’s probably borrowed from others. “I’ve stolen an untold amount of books from my friends,” he said, noting, “I think it’s nice to share books, especially for me, now that I have a restaurant. If someone in the kitchen is interested in bread baking, or someone new takes over baking bread, it’s nice to give them some reading material that I’ve really benefited from. I think it ultimately makes the restaurant much better.” Who knows? Maybe Bertolli’s book will ride into the hands of the next chef at The Willows who shows an interest in balsamic vinegar.