Ever Wonder How Many Calories There Are in…You? 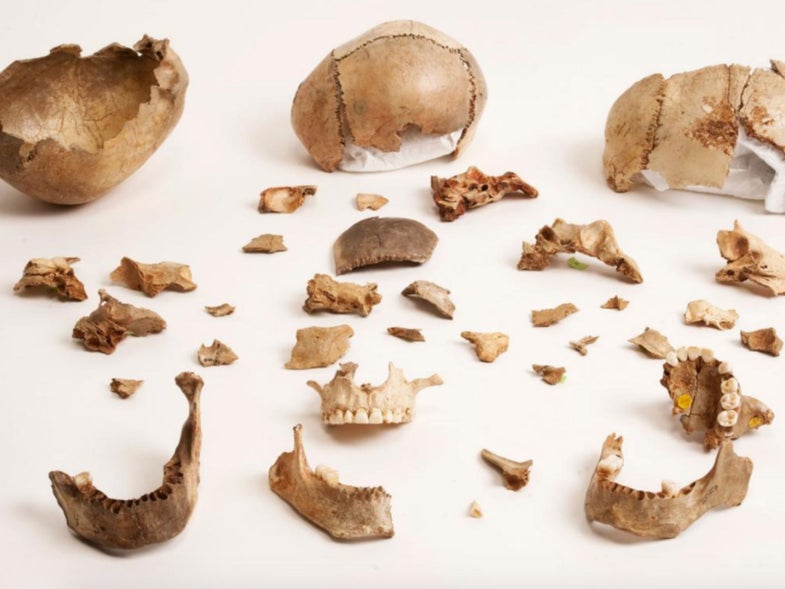 Have you ever wondered what you…taste like? If you believe the experts, the meat closest to human flesh in taste and texture is pork, which is one reason some cannibals have euphemistically referred to their meals as ‘long pig.’ But here’s some unfortunate news for the cannibalism-curious: A recent study by James Cole of the University of Brighton found that human meat is a lot less nutritious than pork or wild game, and it’s shedding light on millennia of history into the practice of people eating other people.

As reported by National Geographic, prehistoric humans were often found to mix some long pig into their diets, when preffered game such as mammoths, boars, and beavers were scarce. “The issue is not one of nutrition as an alternative to large game,” anthropologist Erik Trinkaus of Washington University tells Nat Geo. “It is an issue of survival when there are no other food sources, members of one’s social group have died, and the surviving members consume the bodies of already-dead people.” But regardless of our ancient ancestors’ motivations, filet of human just doesn’t compare with the caloric value of other animals with higher percentages of muscle.

As Cole explains, “When you compare us to other animals, we’re not very nutritional at all.” His study found that a pound of human meat only has about 650 calories per pound, while a pound of meat from wild boars or beavers packed around 1,800 calories. This nutritional deficit leads Cole and other scientists to believe that prehistoric cannibalism might have had another, more grizzly function in ancient society—a social or religious one. (Cannibalism as a form of religious ritual or wartime scare tactics has been well documented throughout history.)

But sacrificial cannibalism aside, cannibalism probably fell out of practice for another, more mundane reason—it just isn’t cost efficient. When factoring in muscle percentage and average weight, a typical adult human will yield around 75 pounds of edible meat topping out at about 49,000 calories, while the dressed weight of an average pig is roughly 140 pounds. Taking into account caloric value, that’s about a 37,000 calorie difference in total yield. Prehistoric butchers probably realized that they could raise their bottom line by stocking more pork and fewer…people.