When fresh-pressed, the energy-dense juice is all grassy goodness. 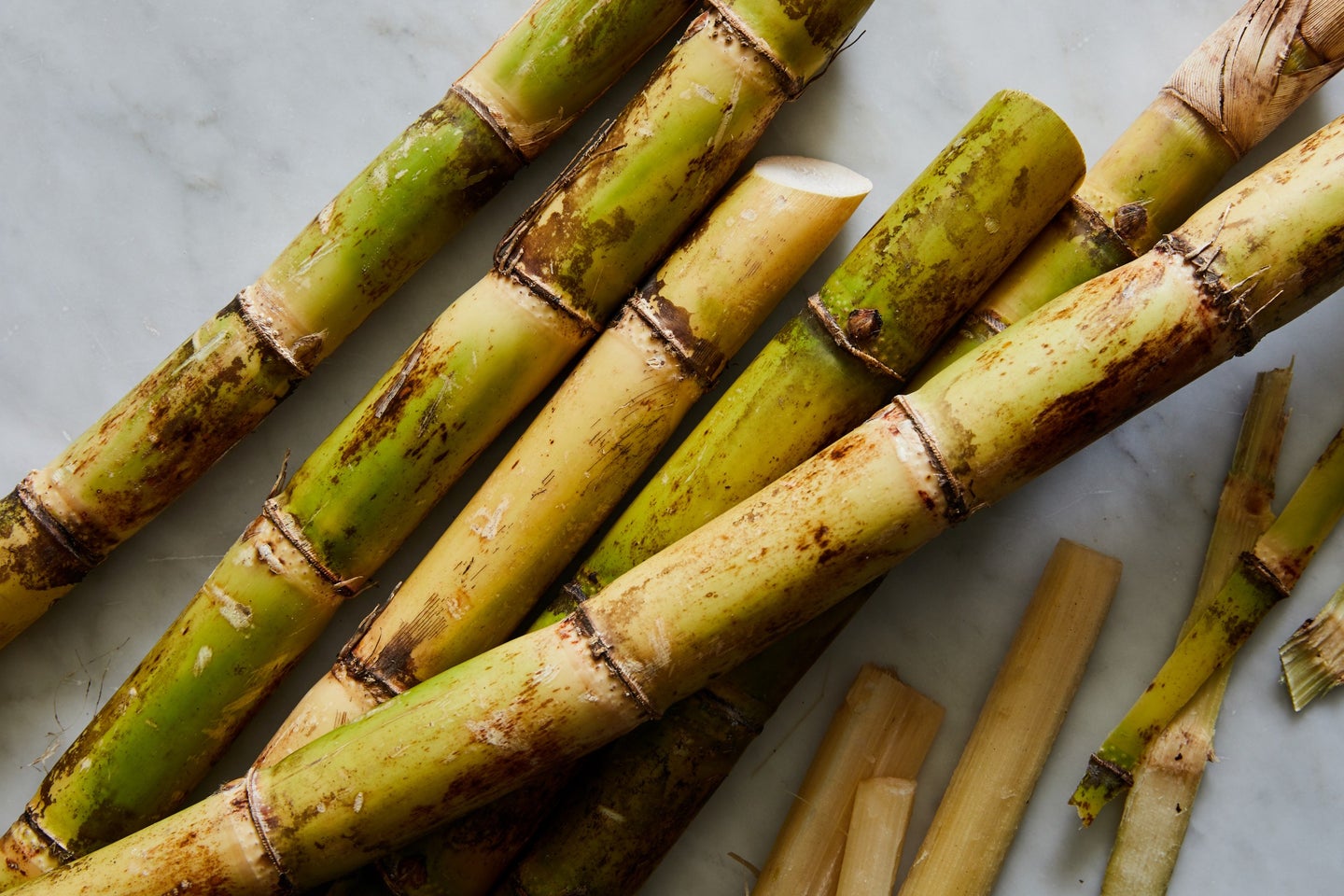 A donkey. A cart. A hand-cranked juicer. These are the characters I vividly recall when reminiscing about my first sip of sugarcane juice. I was en route to our family’s farm when my parents and I stopped to support a roadside vendor selling local fruit, vegetables, and most importantly: fresh-pressed sugarcane juice.

The man was operating his business out of a donkey-drawn cart. I couldn’t have been older than eight, but instead of being wary of the animal, I watched, transfixed by the vendor’s mechanized juicer as he pushed reed after reed of sugarcane into a medieval-looking geared device fitted with two massive rollers. (Eventually, I’d come to learn that this imposing apparatus is called a trapiche.)

With a simultaneous push-crank motion, a cloudy, greenish-yellow juice trickled out of a pewter-colored spout in the machine’s base and into a plastic pitcher. The man poured the liquid into a paper cup filled with ice chipped off a towering block, then handed the cup to me. And it was here, on the side of a road somewhere between St Mary and Portland, Jamaica that I had my first out-of-body gastronomic experience and fully realized the power of food and drink.

Sugarcane belongs to the Saccharum genus of plants—in other words, it’s a grass. Mature stalks can grow an average of six to 13 feet high and between three-quarters of an inch to three inches in diameter. The plant is believed to have originated in New Guinea, though nowadays it’s grown from India to Jamaica to Brazil. Its historical journey around the globe is steeped in exploitation and its vast profitability was based on well-documented and systemic barbarism.

I should also note that sugarcane is not the only source of sugar. Beet sugar is now produced widely throughout North America, Europe, and parts of Asia; there are also commercial sugars made from corn, potato, wheat, and tapioca. Sugars are even produced from the saps of certain trees such as maple and coconut palm. However, sugarcane boasts one of the highest “Brix”—the measurement of grams of soluble sugar solids per 100 grams of solution—in the business, a characteristic which has historically made the plant one of the most desirable and energy-dense natural sweeteners in the world.

Between 1766 and 1791, The British West Indies produced over a million tons of sugar. Were it not for the work of enslaved peoples on Caribbean sugar plantations, European empires would never have amassed wealth at such a staggering rate over the course of the 18th century.

In spite of this dark history, sugarcane—particularly its juice—remains popular throughout the global tropics, from south and southeast Asia, to the Pacific Islands, to Brazil, to parts of Africa, and, of course, the Caribbean. In 2019, Pakistan named sugarcane juice its national drink. The liquid’s appeal goes far deeper than a global taste for sweetness—in fact sugarcane juice is said to contain a plethora of homeopathic health benefits. It is naturally rich in phytochemicals, amino acids, and vitamins A and B9, and, according to traditional Ayurvedic texts, it’s said to act as an aphrodisiac and to strengthen the liver and digestive functions.

These days, sugarcane juice is once again growing in popularity. In large North American cities, fresh-pressed sugarcane juice is fairly common in Asian and Caribbean grocery stores. Along with ginger, turmeric, root vegetables, and fresh greens, it’s a base for myriad health-focused elixirs. After decades of sugar-phobia and the subsequent rise of artificial sweeteners, we’re living through a golden age of functional foods and beverages—including “elixir cocktails,” tipples which aim to treat a range of ills (including any lingering guilt over the alcoholic indulgence).

Toussaint Davy is “Chief Juicing Officer” of Jamaica Cold-Pressed Juices. Earlier this year, Davy, who also farms his own cane, hosted a cocktail-making seminar at Negril’s Charela Inn. For him, a British Jamaican, the particular quality of the island’s sugarcane is superb “The only sweeter juice I’ve had is in India,” he tells me.

Davy’s set-up was impressive, with a top-of-the-line juice extractor that was practically Jetsons-esque compared to the roadside version I encountered so many decades earlier. According to cold-pressed devotees, the centrifugal heat produced by “regular” juicers, though low, still destroys some of the raw ingredient’s goodness. Extracting fresh-pressed sugarcane juice at home isn’t easy, so Davy’s company seeks to make the sweet liquid more widely available, claiming it retains more of the fresh cane’s vitamins, enzymes, minerals, and antioxidants than aggressively heat-treated alternatives. Health-focused juice-drinkers have long celebrated the superior quality and high vitamin and mineral content of cold-pressed juices. The viscosity and flavor of Davy’s juice is superb.

In recent years, mixologists have used sugarcane juice as a key ingredient in cocktails. The grassy top notes and mineral, faintly molasses finish of the liquid adds a pleasing complexity to mixed drinks, especially those containing another cane product: rum. In Davy’s seminar, I enjoyed rum-based sugarcane cocktails flavored with a plethora of other fresh juices, from watermelon to turmeric to beets. When asked what inspired his cocktails, Davy quipped, “Whenever I see produce in the market, I wonder, ‘will that work in a cocktail?'” I can say they do. Though it was a warm and sunny day on the Island, living in Toronto I’ve also found many of these drinks to be ideal for cooler weather.

A few years ago, on another trip back home to Jamaica, I visited the esteemed local rum producer Appleton Estate. During the tour, the guide offered me fresh-pressed cane juice to sip on and I cheekily asked to have my photo taken cranking my own juice. Though the image seems lighthearted enough, it brought to mind that this was a part of my ancestors’ work. That I’m now visiting the grounds of the “estate” as a guest didn’t make this sobering realization any easier to swallow.

In a 2019 issue of the Paris Review, raconteur Fran Lebowitz reflected on her friendship with Nobel laureate Toni Morrison. One of Lebowitz’s lines I’ll never forget: “Once I said to Toni, ‘The amount of sugar you eat!’ And she said, ‘You know, sometimes even sugar isn’t sweet enough.’” Morrison’s meaning, which seemed like an aside, I’m sure resonates with other Black people.

Something sweet came from some of the sourest centuries in Caribbean and American history. Today, our sugarcane juice is an elixir for body, mind, and soul. 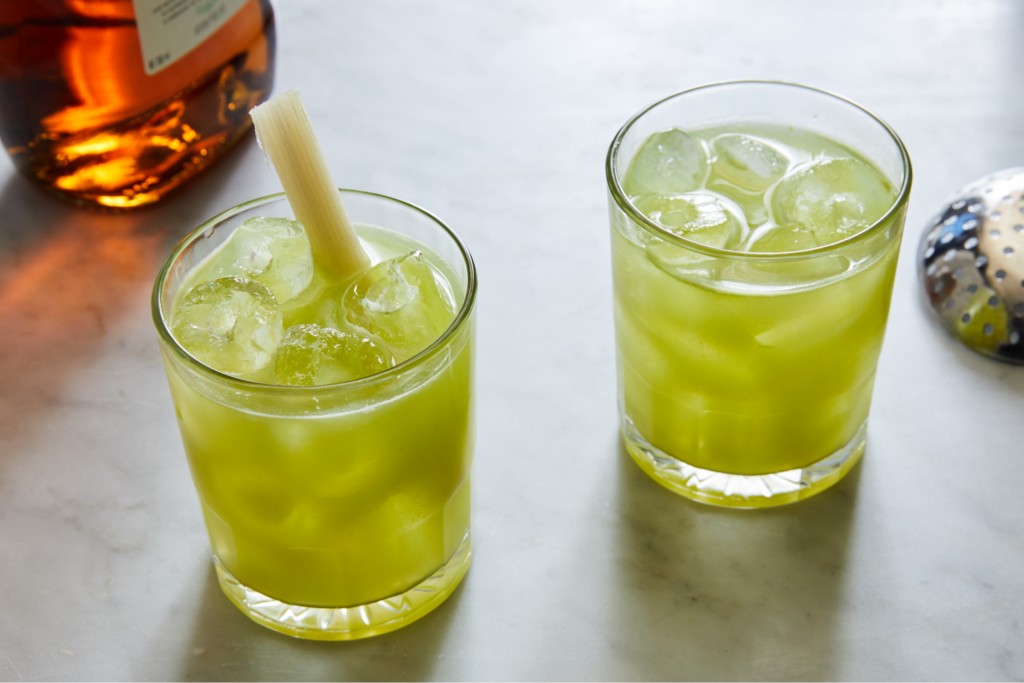 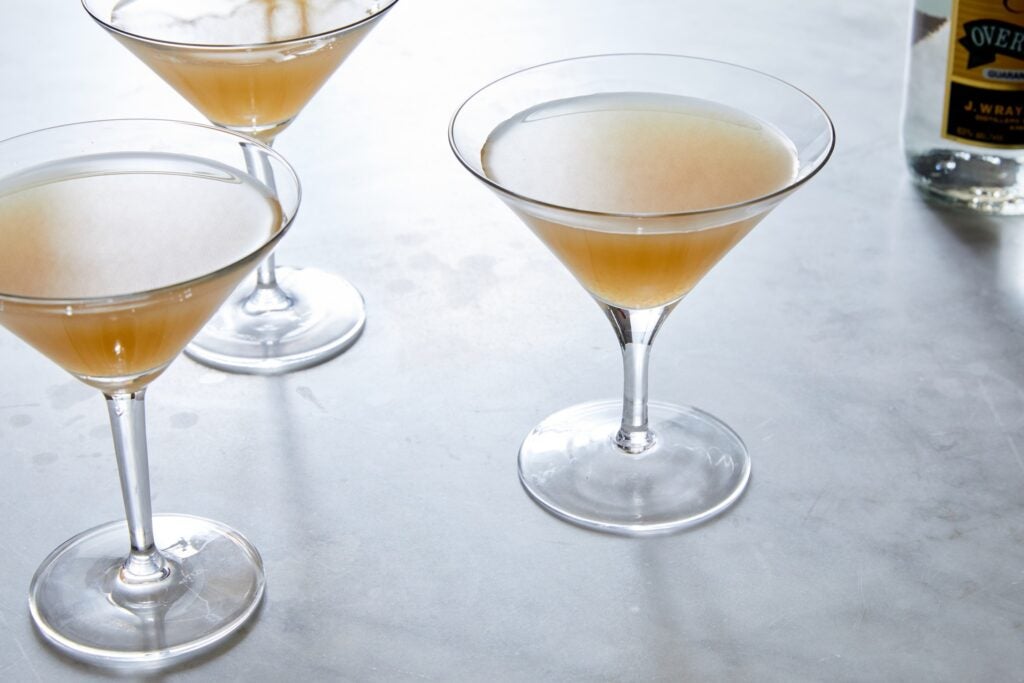