This Photographer Captures Produce Like You’ve Never Seen it Before

From blood oranges to mangosteens, Tommy Flynn is turning every fruit and vegetable into art 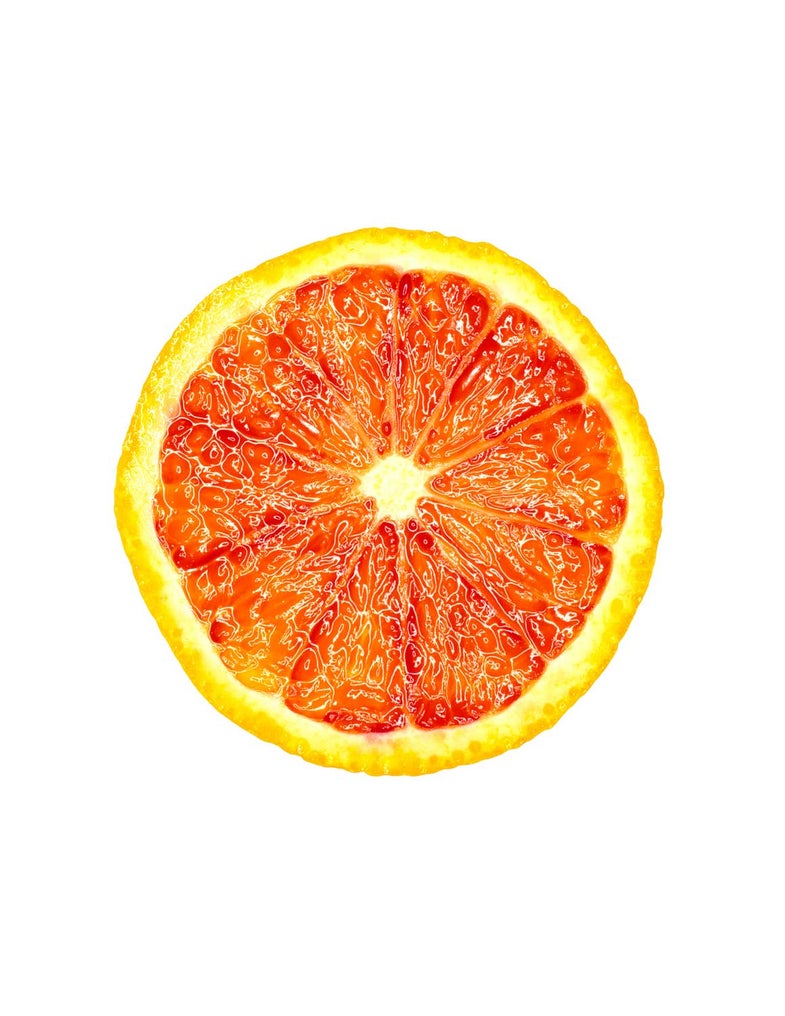 The cross section of a blood orange. Tommy Flynn
SHARE

Tommy Flynn sees produce a little differently from most people. Instead of cutting it haphazardly and immediately eating it, he bisects it with surgical precision and takes a photo of what he sees on the inside. The result is a stunning portrait of what food looks like at its best-lit and most evenly sliced.

He’s collected these portraits at Sliced Open, an online and New York-based in-person gallery of fruits and vegetables shot in high resolution and with gorgeous color. I caught up with Flynn to ask him about how the project started and which fruit he’s hunted for the longest.

How did you get started with Sliced Open?
The whole project started when I was making a salad with some friends. I sliced open a watermelon radish for the garnish, and when I looked at it, I saw the beauty of what was inside. I put the chef’s knife down and picked up a camera, and that was the original photograph that started the project. After that, I had to know what was on the inside of every fruit and vegetable.

And how does that process work?
I’ve made friends at the farmer’s market in Union Square, so I go there to start. They save the best of the best of the day, and I buy those fruits and vegetables from them, then I go to my Tribeca studio and start photographing everything. Basically, I buy four to six of each fruit and vegetable, and I have my camera all set up for the particular subject that I’m shooting, so for instance, if I’m shooting red cabbage, I’d cut it in half, or if it’s a root vegetable I do sections at a time. I have the camera all set up with a stand-in, just so I know that the size and lighting is correct, then I slice each item in half to see which one is the best one. I put it under a camera, and I have only about 30 seconds before the texture changes, water comes out, it yellows, or dries out. I have to get everything done as soon as possible. The ones I don’t photograph, I save for dinner later.

Do you go anywhere else to find interesting produce?
Besides the farmers’ market, I go to Chinatown, a Japanese supermarket, and one of the Indian markets on Lexington and 28th, and I just look for something that I’ve never seen before. That’s the exciting part. Then, when I get home, I research it and find out what it is. Bitter melon is quite an interesting looking vegetable. I didn’t know what it was at first because there weren’t any signs at the store, so just by looking up the vegetables online, I found out exactly what it was and how to cook it.

Have you ever had to hunt for a special fruit or vegetable?
In one particular instance, I went to Chinatown and I was looking for a mangosteen. From what I understand, they didn’t allow them into the States because of insects, but Chinatown stalls would drive a truck to Toronto because they were allowed in Canada, then they’d drive them back to New York and secretly have them under tables. I knew they had them, but they thought maybe I was the food police, so they wouldn’t allow me to buy them. I befriended one of the stall people, and after about a month I gained her trust, and she sold me a bag of mangosteens. I didn’t even know what they looked like, so I was really surprised. They’re very hard and leathery on the outside, but when you cut into it there are sections, like an orange, and it’s pure white. The taste is amazing, and now you can buy them from the market. It took 4 years for me to get one, so I was overly excited to see what it looked like.

Do you have a favorite sliced open subject?
I’d say the blood orange.

What’s something you’d love to photograph that you haven’t found yet?
I’ve pretty much found everything I’ve been looking for, but there are probably still things out there that I haven’t seen yet, so it’s a hunt to go to green markets and supermarkets to find things that I haven’t seen before. I guess photographing every species of heirloom tomato would be next on my list.