On driving cross-country, in search of a place to settle 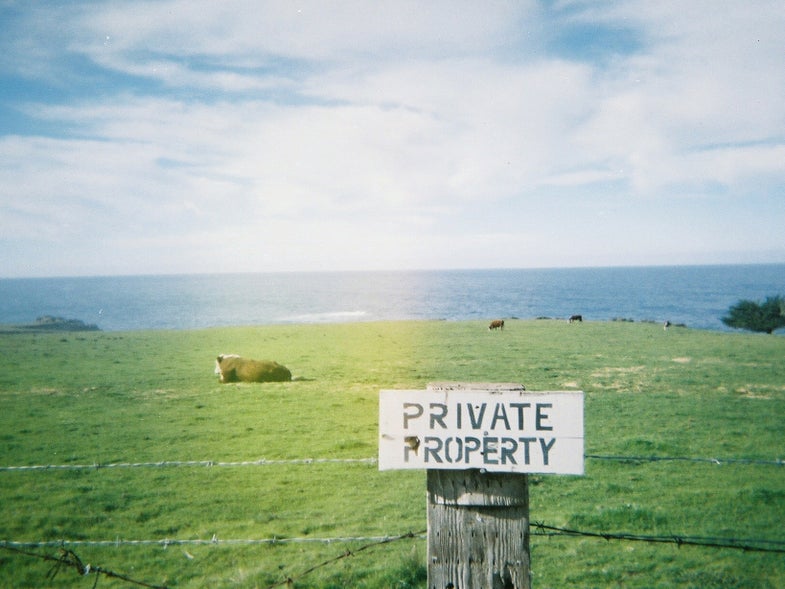 In the winter of 2015, writer and frequent traveler Caro Clark left Seattle to drive across country and, maybe, put down roots somewhere out east. Here, she’s sharing a bit of her story.

I opened up a beer and sat on a bluff in Northern California. The campground was empty. With the dying light, the water flattened out into a dimensionless turquoise. A lime hissed in my bottle. I was not prepared for the chill and boredom of 6 o’clock darkness.

Seven hours and 383 miles ago I had woken up at a friend’s house in Portland, Oregon. My car had been packed and ready to go for days, but my trip kept getting delayed: happy hours, a fancy olive oil store I visited for the free bread, and a place that made salt-flavored ice cream all helped me put off my departure. The morning I finally started driving, I had no real destination. I played an album of Polish Bob Dylan covers. This is the music I listen to when I’m sad. It was also the only CD I could find.

For lunch I stopped at a gas station. Past the aisles of junk food and coolers of soda there was a little kitchen with a table and chairs, a secret domestic oasis. Potted plants, the same scratched, white fridge from my childhood, yellow linoleum counters. A woman in a daisy patterned apron was making sandwiches. She held up her hands when she saw me, fingers like prunes, and told me she’d been washing dishes all day. I almost mistook myself for someone she knew. When she asked me why I was on this road trip I told her I was moving to North Carolina, though that wasn’t entirely true. Mostly I was just moving. I did not tell her that I’d been traveling for almost three years, that I didn’t know where I belonged anymore. I did not tell her that when I tried moving back to Seattle I had felt lonely and misplaced. I did ask for hot sauce.

She handed me my turkey sandwich, bound in saran wrap. Good luck on your drive, she said. Be safe. I had hoped she would invite me to camp on her lawn, in one of the doublewides or shoebox ranches lining the small town, to fall asleep watching the television glow cast through the glass mobiles hanging in every front door. But I was too shy to ask and so I sat in the parking lot and ate in the shade of a fern. No one tried to stop me when I got in the car. Everyone I drove past waved me on out of town.

At the campsite I drank a couple more beers, hoping to tire myself out. I looked up at the sky with forced interest. It was speckled so brightly that the Milky Way looked to be spread with a butter knife. An owl cooed in the dark. Then came a shooting star. I was too cold to appreciate any of it and went to bed. Hours later, I woke to the shrill sound of a fox barking, could smell the citrus on my knife as I reached for it. I shivered back to sleep.

In the morning I broke down camp and hiked to the water before setting off again. The trail to the beach was marked with tsunami warnings. A rabbit watched me approach. Hello, I called out to it, surprising myself with my own voice. As if twenty-four hours alone was all it took to commune with animals like I was a hungover Snow White. It was gone before I reached the word’s breathy end.

Driving was a wistful pleasure already described by too many rock songs. I became attuned to the designs of small-town gas stations, wandering past coolers with milk and sodas and aisles of chips, instant pastas and jerky, all the trappings of a bachelor’s dinner. I paid attendants who had cavernous lines on their faces, as if they’d suffered bad weather somewhere deep inside.

I passed through Napa, Davis, Oakland. Somewhere back on the coast, I was chased out of a campground by a very angry, very naked man. In Santa Cruz I woke to my first earthquake. Earlier that day I watched a herd of surfers navigate the waves. They had seemed so at ease with their surroundings; I’d felt both envious and foolish watching from the side of the road.

In Big Sur, Route 1 snaked the hills and dips and cliffs, begging more than my usual dexterity. The fog gave way to an azure sky, folds of hills, and and then occasionally drifted back over the road, a curtain in an open window. When a rock the size of a cocker spaniel fell behind me, I could see the splash of its debris in my rearview as it bounced heavily off the road. Still, there was nothing I could do, no number of pullovers, roadside root beers, close calls, or dangerous turns, no singing out the window that could leave me feeling like I had any sort of permanence within that place. This, I began to realize, was not going to change anytime soon.

I stood before cliffs, and coves, and cows. I found an empty beach and went to investigate a large piece of washed up detritus. It turned out to be an elephant seal who growled at me as I backed away towards my car. I stopped again and again and again, and just as many times, I left.

By the time I got to Venice Beach the psychics had already boarded their doors shut. No crowds gathered around street performers, and only one unicyclist wheeled slowly by with a dreary, apocalyptic squeak. I wandered over to the Venice Skatepark. I had come to this particular spot my whole life, walking distance from my uncle’s house in Santa Monica. I recognized a gnome tattoo and one gap-toothed grin. I had watched some of these kids—now no longer kids—grow up, but I doubt they could distinguish me from the tourists. I was playing anthropologist, observing people who seemed to better understand their place in the world.

I settled against a rail and put my face in my hands, listening to the cry of the grind, the scrape of each mistake. The crunch and thud and piercing squeal of a board, the hollow rolling as it drifted from its owner before being snatched up again. When I finally opened my eyes, it was to the nearly clandestine thrum of wheels still spinning as a skater flew through the air, impossibly high and briefly safe, shadows secreted away by the low sun. I had spent three weeks in California. It was time to go east.

Even more remarkable than the two California Condors I spotted in the Grand Canyon: I found my dad at the Phoenix airport, his white mustache concealing a smile. He had surprised me by asking to come along for a week of my trip. As we drove, we discussed at length where to eat and stay, each assuring the other that anything was fine. It’s up to you, kid, he said. I’m just along for the ride.

I was flattered someone thought I had any clue about what I was doing.

At the dusty Arizona–Mexico border a waitress asked if we were related. I said he was a drifter I picked up off the highway. He looked the part: Beer in hand, the naked legs of a woman peeking from below the sleeve of his Harley t-shirt. When I was little I used to fill them in with red marker so it looked like she was wearing pants. Now, my own bare legs stretched under the table, my own tattoos already starting to blur.

I’m the drifter? He laughed. Look at you, sweetheart.

Like me, my dad prefers convenience stores to restaurants. The southwest was a haven of derelict markets and gas station barbecue. The roads were as flat and straight as I’d been warned. I ignored him when he noted my speed. It’s a small engine, he said. What are you thinking? He meant it as a criticism but it sounded like a question. I am so confused about everything, I wanted to tell him. But cars are a scary place for those conversations. You’re always staring straight out into the fast-approaching future.

When we got to the White Sands National Monument in New Mexico the sky was the stormy color of the Atlantic and the dunes were without shadow. My dad and I had bickered in the car all afternoon. I walked off, leaving him at the edge of the road. I only went a little ways, but when I turned around I couldn’t see him or the car. Distance contracted and expanded in a way that made me feel immediately lost and unable to make progress. When I touched it, the sand was as fine as dust.

My dad had grown up abroad, traveled the world, worked at sea. As a kid I’d idolized him, wore oversized motorcycle shirts and drew myself incoherent tattoos depicting, I claimed, Roger Rabbit. I’d followed in his footsteps, and now, after years of being single and far from home, I wasn’t sure what I actually wanted. He had given that life up to have a family; I had left Seattle to find a different place to settle down. Being with him, edging towards the familiar, began to conjure in me a throat-thick fear.

We drove on to Marfa, Texas, where we met a woman named Bridget who invited us to spend the night at her house. She was thin, much taller than both of us. Her cats multiplied until there were at least five. I picked up one of the boar skulls in her living room, and my dad whispered to me that she might be some sort of priestess.

Before we left she told me that she hoped I’d find happiness in North Carolina. It left me rattled, that my malaise was so obvious. Ten minutes in the car and I drove through a stop sign. My dad swore, making me pull over and sit in the passenger seat. Pay attention, he told me. Do I have to worry about you after I go? I shook my head, no. I didn’t need his worry. I worried about myself all the time. I worried from Seattle down to LA, and I worried us right on into the Nashville airport. My mind was never quiet.

After dropping him off, I spent a few days in Nashville before driving to the place I hoped I’d want to make my home. Asheville was warm and beautiful. The horizon bristled with the dulled peaks of America’s oldest mountains. I was welcomed by dear friends who made me fancy bourbon cocktails and took me to play competitive scrabble and drunk ping-pong. I sat by railroad tracks. Walked rivers. I felt understood. They even took me to a gas station that had beer on tap.

Still, I hoped for some larger sign that I was ready to settle there. There was no giantess to prophesize the answer. No earthquake to shake me awake. I wondered if I’d missed something along the way, if I should have quit driving weeks ago.

Are you going to stay? my friends asked. After a week, I got back on the road.

Caro Clark is a writer currently living in Alaska.