Naomi Pomeroy runs one of Portland, Oregon's most acclaimed restaurants, Beast, but her new cookbook, Taste & Technique, is dedicated to the art of home cooking. Pomeroy is an entirely self-taught chef whose restaurant is set up essentially like a dinner party in her home (everyone sits and eats the same meal at the same time), so she felt it important that her first cookbook speak directly to home cooks.

I know, because I spent the past two years helping her write it, painstakingly recording detailed instructions for folding dough and whipping cream, trying to capture in words the physical and mental processes that good cooks use to make great food.

Even in the early stages of discussing the book, Naomi had a specific mission: to arm readers with a series of fundamental culinary building blocks to master, mix-and-match, and level-up from.

As we worked on recipes together for the manuscript, we got into far more discussions about about recipe-writing that could fit into a cookbook. What makes a cookbook really work for home cooks? What does a pinch of salt really mean? And how do you distill such a physical process into easily digestible text?

All that, and more, below:

How does someone create recipes that are both detailed and approachable?
It was challenging to explain how to do things that just feel intuitive to me as a chef. I'd start by thinking about the end volume of a given recipe—okay, I know I need to end up with two cups of this sauce. Then it's about adding up different amounts of ingredients, measuring, tasting, and taking lots of notes.

I got really into it—I went so far as to weigh my pinches of salt (it’s about two grams, or a quarter-teaspoon, in case you’re curious), because it’s learning how to properly season is one of the easiest ways to improve your home cooking. I provide specific salt and pepper measurements instead of instructing readers to season“to taste,” so you can learn how much to actually use.

After I had a draft of a recipe, I’d make it again following my own instructions, then I’d send it off to a recipe tester and friends to see how it turned out in their kitchens. All told, every recipe in this book got tested five or six times before we went to press. 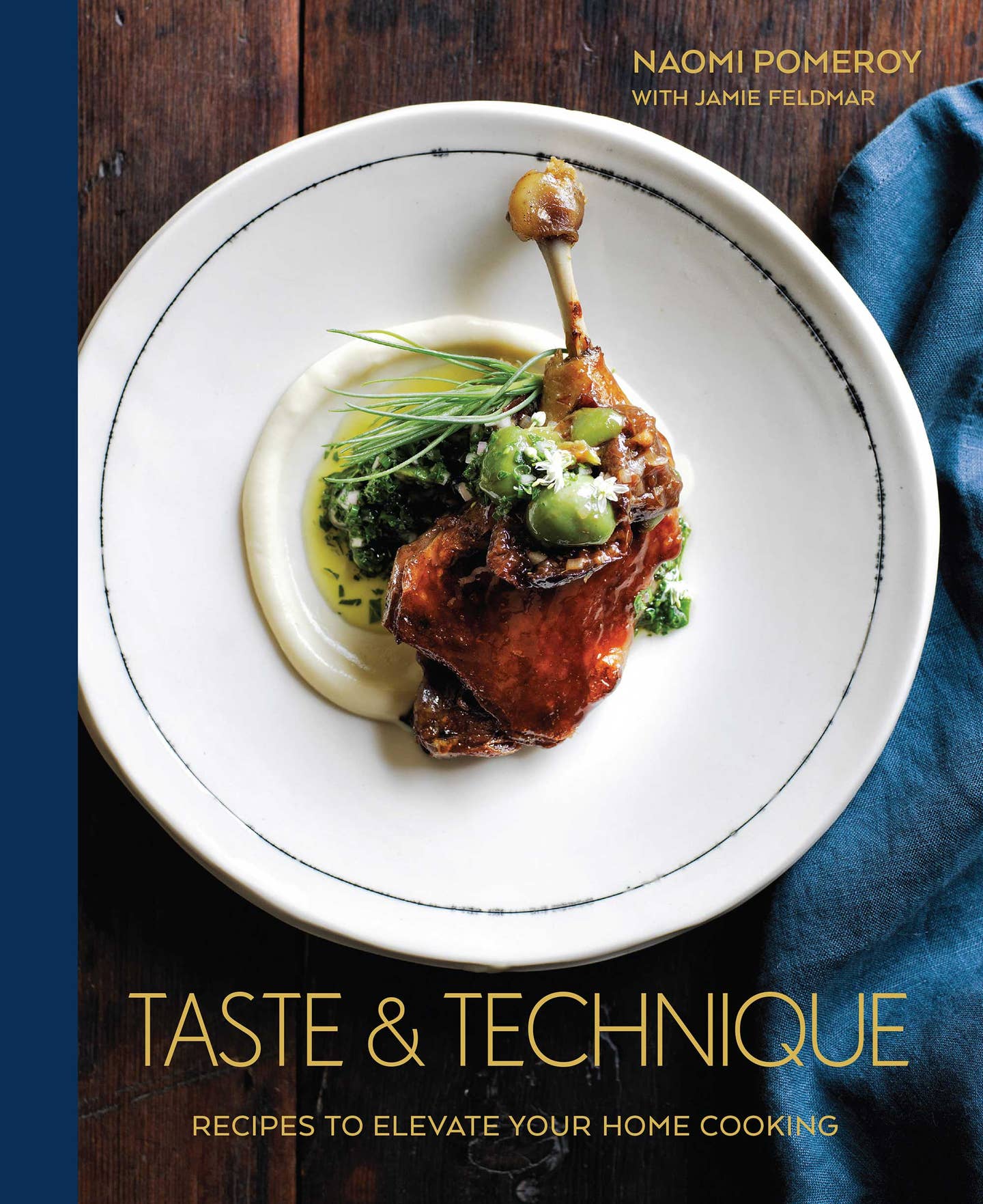 What was the hardest part of translating recipes for home cooks?
Some things worked right away, but others needed to be explained in so much detail, in ways that I'd never thought about articulating. The souffle, for example—I had never thought as much about how to properly whisk eggs to achieve the right lift as I did when we wrote that recipe.

Or the puff pastry—I gave that recipe to my stepmom, who had never seen it before, and it was from her notes that we learned her oven was different from mine, and so we needed to tweak the timing, and include a photo of the finished puff so people knew what color to aim for in case their ovens heat differently. It’s all because I want people to walk away from this feeling like they’ve honestly learned something.

What do you wish more recipes included?
I wish more cookbooks emphasized the importance of tasting things repeatedly while you cook. Dishes evolve as you make them, and it's important to delve into the process so you're constantly editing yourself and making your technique better.

You need to taste so you can get to know your own cooking style and preferences. Once you’ve cooked a recipe enough times, you can stop measuring everything so carefully and start cooking to taste. Some cooks like more salt and more acid or less oil and less spice, and that’s all okay, but you won’t know if you aren’t constantly checking in with your own palate, and soliciting opinions from the people you’re feeding.

How do you read a cookbook?
The way I like to approach cookbooks is to read them all the way through, like a regular book. For Taste & Technique, I am a professional chef, but I'm also entirely self-taught, so it was important to me to write something that felt detailed but also very approachable. There are a lot of things that separate professional chefs from home cooks, but some of them are quite easy to bring into your home.

Like what?
I always recommend reading whole recipes from start to finish before starting anything, and gathering all ingredients and doing any prep work that you can ahead of time. Getting organized—both physically and mentally—is one of the biggest ways to improve as a home cook.

But the most important thing is really that you feel good about what you’re doing when you’re in the kitchen. When you’re putting yourself into the act of cooking, and working hard to create something to the best of your ability, it should create joy for you and the people you’re feeding. I know it sounds cheesy, but I can’t stress this enough—cooking should make you happy.

You taught yourself how to cook from cookbooks. What were some that were the most useful in developing your skills as a chef?
The most useful early on were the Time Life "Good Cook" books— they were single-subject ("Breads!" "Sauces!" "Eggs and Cheese!") and very in-depth, filled with beautiful illustrations and photographs. Richard Olney edited the series, and he also wrote Simple French Food, which I read cover to cover to understand more about what to think about when cooking.

The Zuni Cafe Cookbook was a huge one in terms of theory about cooking—Judy Rogers taught me a lot about the ideas behind how things go together. And of course, Chez Panisse Vegetables, which goes through vegetables in an encyclopedic fashion from A-Z, organized seasonally, and talks a lot about timing and the ethereal nature of food. I tried to combine aspects from all of those books into mine. 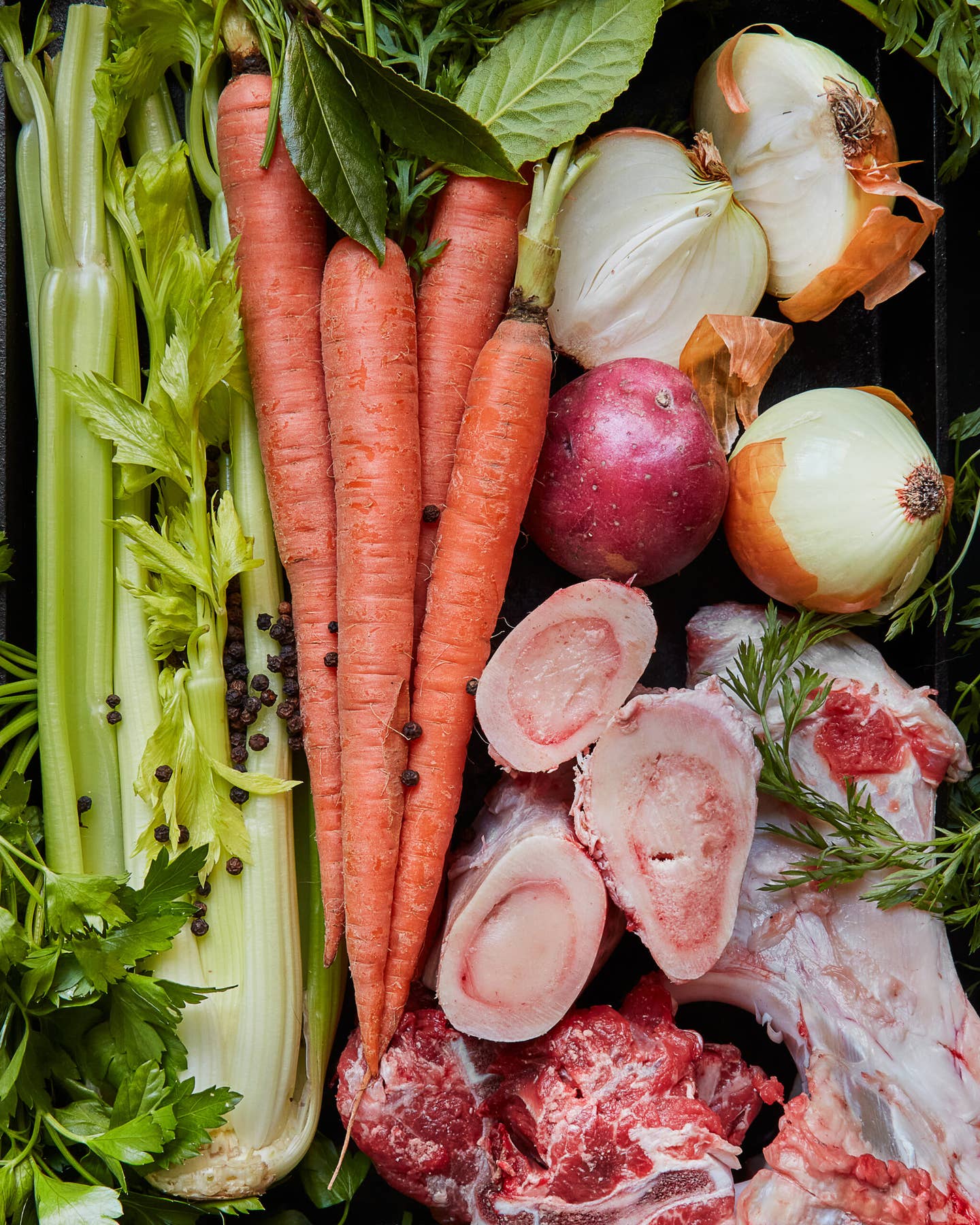