Ghosts of Fevers Past

In Victorian-era cookbooks, "invalid cookery"—recipes designed for the ill and unwell—laid a foundation for healing at home 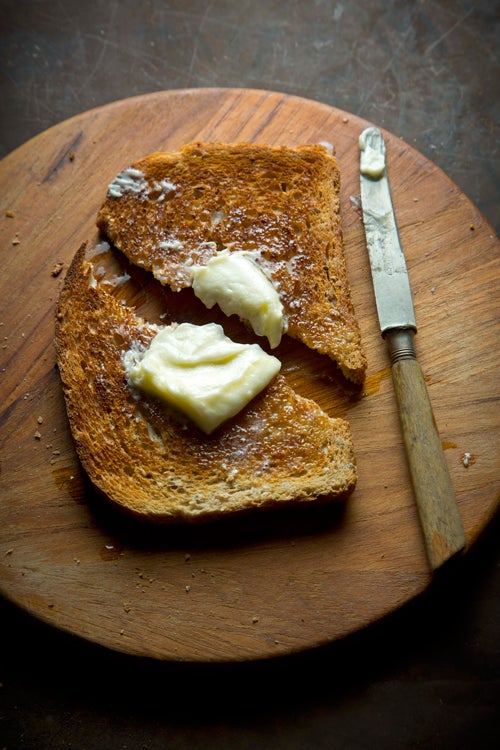 I am well practiced in the art of modern convalescing. As someone who frequently struggles to manage two autoimmune diseases, I know that a solid Wi-Fi connection, electric heating pads, safety-capped prescription bottles standing at attention, and a refrigerator stocked with green juices all provide a certain level of comfort. Still, I often find myself fantasizing about recuperating in the Victorian era: Visions of crisp linens, dainty blossoms arranged cheerfully near the bed, and trays of healing foods on the best porcelain dishes float through my head as I attend to myself in my own, servantless household. (Of course, I realize the reality would be somewhat grimmer, most likely beginning with a lack of antibiotics and ending with me being taken out by pneumonia in early childhood.)

And so it is that my cookbook collection is haunted by the ghosts of fevers past, a shelf of turn-of-the-century volumes each of which concerns itself, at least in part, with the care and feeding of the ill. “Invalid Cookery” was once a standard chapter in cookbooks of the Victorian era, a time when most health care was provided at home, though as a concept it has nearly disappeared today.

The importance of cooking the proper foods for the sick and unwell is outlined again and again in 19th- and early 20th-century cookbooks, all united by a bevy of broths, jellies, gruels, and the idea that home is where healing truly begins. When modern medicine fails me, I’m inclined to try anything at least once. So, armed with tomes of the time, I set out to heal myself with Victorian wisdom.

First published in 1861, Mrs. Beeton’s Book of Household Management is the definitive guide to running a household in Victorian Britain. On the subject of invalid cookery, Isabella Beeton cites Florence Nightingale, writing, “sick cookery should half do the work for your poor patient’s weak digestion.”

She emphasizes presentation above all else, urging that “in sending dishes or preparations up to invalids, let everything look as tempting as possible . . . Gruel served in a tumbler is more appetizing than when served in a basin or cup and saucer.” Taking her advice to heart, I located my best gruel tumblers and got to work on a simple groat gruel. The result was wholesome and comforting on a cool morning, although I admit the experience would have been much more soothing were this invalid not forced to cook for herself. Perhaps the recommended (but not required) two tablespoonfuls of sherry, port, or spirits will ease my pain next time.

My copy of Fannie Farmer’s Food and Cookery for the Sick and Convalescent (1904) came to me with the chapter on Dilated Stomach already dog-eared, leading me to believe I have a kindred spirit in the book’s original owner. Farmer may be the patron saint of my mother’s macaroni and cheese recipe, but the care she takes in her work with invalid cookery was born out of her years instructing nurses on nutrition.

“Food is the only source of human power to work or to think,” Farmer writes. With that, I took strength from her suggested menu for a patient suffering from dilated stomach and prepared a meal of water toast. (This is not to be confused with toast water, another popular recipe of the time used to treat nausea.) Water toast involves dropping slices of dry toast in boiling salted water, quickly removing them, and then smothering them in butter.

On the palate, it left something to be desired (the water eliminated any crispness, to my mind the essential quality of toast), but I’ll venture to guess most would prefer it over toast water, which leaves out the bread entirely and is essentially a very sad starchy broth.

After several meals of gruel and water toast, the methodical poetry that is Mary A. Boland’s A Handbook of Invalid Cooking (1893) was in order. Boland’s observations on jellies are inspiring. “Gelatin forms the framework of insects, such as the locusts on which John the Baptist fed,” she writes, and goes on to note that “the edible birds’ nests of the Chinese are a delicate kind of gelatin more digestible than some other kinds, for it is made from the saliva of a swallow.” While not as exotic as birds’ nest soup, Boland’s more accessible recipe for Restorative Jelly—a combination of port wine, lemon juice, and warm spices such as clove and cinnamon—sounded magical. The result was akin to a festive Jell-O shot, which I would recommend for those who find themselves convalescing during the winter months. At the very least, it is far more enticing than Chicken Jelly, the recipe immediately following.

If I’ve learned anything from my time as an invalid home cook, it’s that presentation is truly everything. And also that I will never attempt to serve meat jellies to guests. The life of a convalescent can be a lonely one, furthered by a lack of elegantly served comfort foods. I long to post to Instagram a slew of photos of a luncheon tray arranged by Isabella Beeton, but for now, I’ll settle for some boozy gruel in my finest tumbler.