In Baltimore, caroling and ancestral foods awaken a community's Polish past 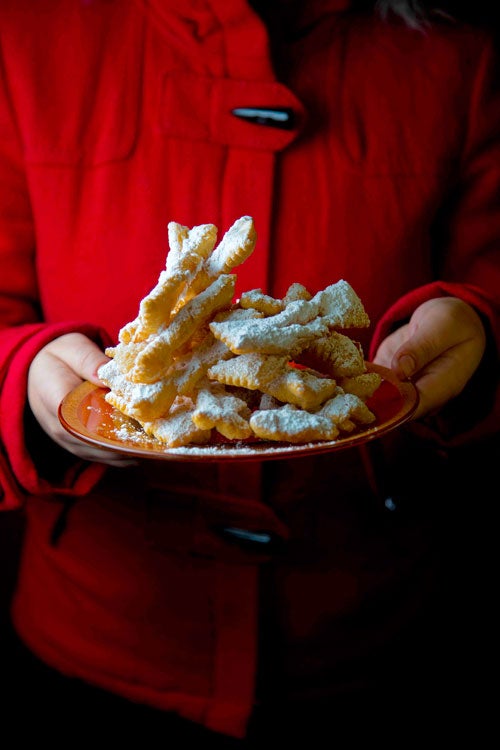 Like 15,000 other Polish immigrants who arrived in Baltimore around the turn of the 20th century, my maternal great-grandparents, Jozef and Michalina Oleszcuk, ended up in the waterfront community of Fell’s Point. Two decades later, 70 percent of the neighborhood’s storefronts had Polish signs in their windows. Though she died before I was born, my grandmother tells me Michalina kept a larder stuffed with Polish foods. At the butcher on Fleet Street, she bought live ducks, which she used to make a velvety sweet-and-sour soup called czernina. She shopped at stalls in Broadway Market for specialties like krusciki, bow-tie fritters dusted with powdered sugar.

By the 1950s, families like mine began leaving Fell’s Point for the suburbs. St. Stanislaus Church, once a center for Polish culture, closed in 2000 because of shrinking membership. Last year, the summer Polish Festival was canceled for the first time in 38 years.

Forty years later, I joined the carolers, a 33-year-old American woman aching for a connection to my Polish roots. From their seats on a wooden wagon pulled by a pickup truck, a polka band led us in American and Polish Christmas songs. In front of the old Weber’s Funeral Home, neighbors handed out cups of vodka. Krakus Deli offered links of kielbasa. A gift shop called Polish Treasures sold paczki, dense glazed doughnuts filled with raspberry jam.

The crowd paraded to the Polish Home Club, an old dance hall on Broadway, where the band took to the stage, and revelers ate oniony potato pierogies. Savoring a krusciki I pocketed along the way, I watched as family and friends grabbed each other’s hands and danced to an upbeat polka. My great-grandparents felt very near.