On a Maltese island, a traditional delicacy endures 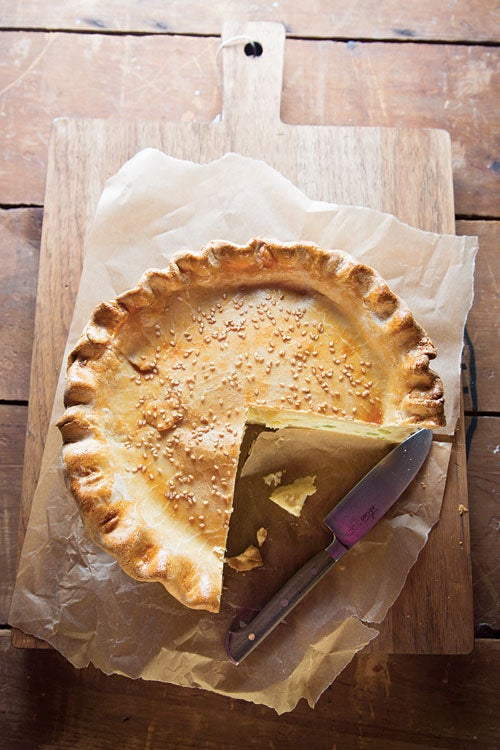 Wintertime is the rainy season on the tiny Maltese island of Gozo where I grew up. That’s when the rolling hills and valleys of the craggy isle turn a bright, lush green, and where as a child, I spent many a winter day with my Aunt Lucia, milking the two sheep that resided in an outbuilding in her yard, then using that milk to make the freshest, most delicious cheese I’ve ever tasted. We would coagulate the milk with rennet for about 25 minutes, then spoon the creamy mass into cylindrical containers with screened bottoms that allowed the whey to drain away from the curds.

There wasn’t much to the process, but because Aunt Lucia and I made it ourselves—and because its subtle, grassy flavor hinted at the verdure of our island—it was special.

In the evenings my mother and I would use the cheese to enhance all sorts of dishes. We stewed it with cauliflower and potatoes, or tossed it into a salad of seasonal vegetables alongside crusty bread and fruity olive oil. In preparation for summer, when the island turned arid and the sheep’s hay diets made their milk less palatable, we would dry the cheese outside for a few days in homemade boxes screened with mosquito nets. In its dried form, it took on a more rustic flavor, one I always found pleasantly pungent and gamy. I remember how we would grate it over minestrone soups and platters of Mediterranean antipasti, including the sun-dried tomatoes, olives, and capers my father would pickle himself. It was the only cheese we ever ate in my family, and we never grew tired of it.

We were not unique in this respect. For years the only way for those in rural Gozo to enjoy the pleasures of cheese was to make it themselves. And while the island is now home to modern supermarkets that stock dairy products from all four corners of the earth, people here hold on tight to their rustic traditions. They continue to keep sheep in their small yards or pastures, and to make the cheese, no longer out of necessity, but because it’s delicious—so much so that it’s considered a delicacy. It is often sold to specialty stores and local wine bars, where it is served in its dry form, pickled in vinegar and coated with black pepper.

Still, one of the most traditional dishes made with the cheese is eaten at home, a hearty pie studded with fresh green peas and made for special occasions and family gatherings. It’s a recipe that is passed down through the generations here, and one that encapsulates the flavors of this beautiful island, where, I’ve come to understand, I spent a childhood more rare than most.