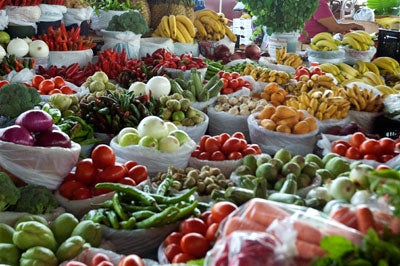 The visitors bureau of Houston, Texas, has hit on a great idea for food tours: round up the most passionate chefs in the city, ask them where they love to eat on their days off, and build an itinerary around that. Then invite the public.

A year ago, I spent a great weekend with chefs Randy Evans (of Haven) and Chris Shepherd (formerly of Catalan), who led our group on a snacking tour of their favorite markets in the city. We started with a flight of tacos from a truck parked behind Camino Produce Company, a farmers’ market founded in 1958 (and pictured, with the tour group, above), and ended with rounds of pierogies, vodka, and shouts of na zdrowie! at Polonia. In between these two events, I recall a marathon of eating: there was home-style coconut-mango-rice pudding at a Thai grocer, a succession of small plates at a Korean supermarket, and, punctuating every stop, cold bottles of beer from nearby St. Arnold’s, swilled on the bus. It was a good day.

This year, Houston’s “Where the Chefs Eat”culinary tours — led by local luminaries like Robb Walsh and Monica Pope — are being scheduled about once a month all the way into December. Ticket sales benefit the Houston Food Bank.

For more information, or to reserve a space in an upcoming tour, visit Houston Culinary Tours »