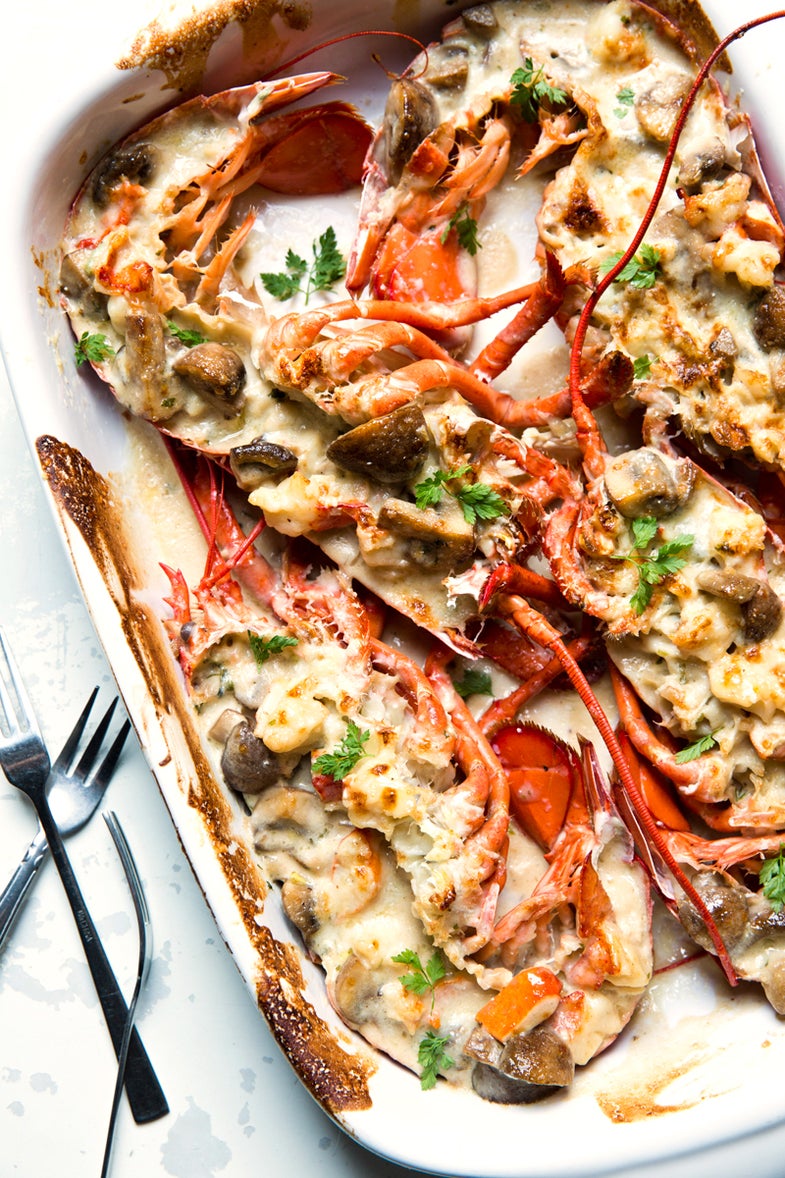 The signature dish at the Cape Cod Room in Chicago's famed Drake Hotel features chunks of tender lobster and mushrooms swathed in a mustard–cream sauce, placed in a lobster shell, and broiled under a Gruyère crust. Nicole Franzen
SHARE

Once upon a time, Chicago’s grand hotels—many of which date back more than a century, to when the city was an important railroad hub—were renowned not only for their luxurious accommodations but also for their fine dining. Today, most Chicagoans tend to associate good eating with anything but downtown hotels, yet one venerable establishment admirably upholds the tradition: the Cape Cod Room at the Drake Hotel. “I thought that the center of the world was in the Cape Cod Room when I first came here,” says waiter captain Eustathios “Steve” Spanos, who has worked there since he arrived in Chicago from Greece in 1958. Built in 1933, the restaurant was the brainchild of the Drake’s architect, Ben Marshall, who commissioned New England folk artist Peter Hunt to decorate the walls with chowder kettles, fishnets, and other piscine artifacts to evoke a clubby yet upscale aura. Softly glowing ships’ lanterns illuminate tables draped in red-and-white-checkered tablecloths, and waiters clad in navy blue jackets serve American classics like oysters rockefeller. “But a lot of people don’t even open the menu,” says Spanos. “They know what they want: Lobster Thermidor.” The Cape Cod Room’s signature dish features chunks of tender lobster and mushrooms swathed in a mustard–cream sauce, placed in a lobster shell, and broiled under a Gruyère crust. The entrée hasn’t changed since the restaurant opened, and we hope it never does.

See the recipe for Lobster Thermidor »