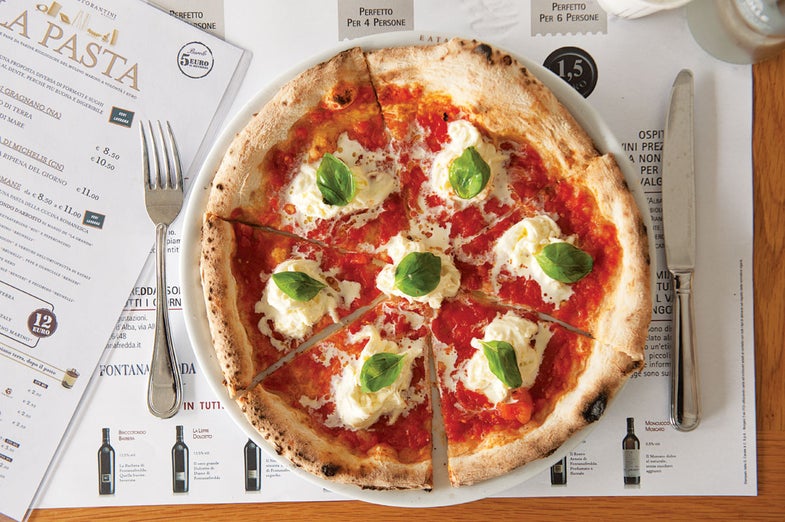 As an Italian-American with Neapolitan roots, I used to think there was nothing better than what my cousins called mutz: a ball of fresh, milky mozzarella. But that was before I discovered burrata: silky-soft sacks of mozzarella filled with stracciatella, strands of mozzarella bathed extravagantly in cream. I had a further formaggio revelation last year after I moved to Rome and discovered pizza con stracciatella di burrata at the just-opened Eataly. The crust is made from stone-ground flour and topped with handcrushed tomatoes, crisped in a superhot oven, then seasoned with salt and olive oil. Then they explode a globe of burrata all over it. The result is messy and gooey, hot and cold, the creaminess of the stracciatella contrasting with the slight acidity of the tomatoes. A bit of basil doesn’t hurt either, but it’s the quality of the burrata that matters most.