For Lahori teens in the 1990s, celebrating Valentine's Day was a secret affair 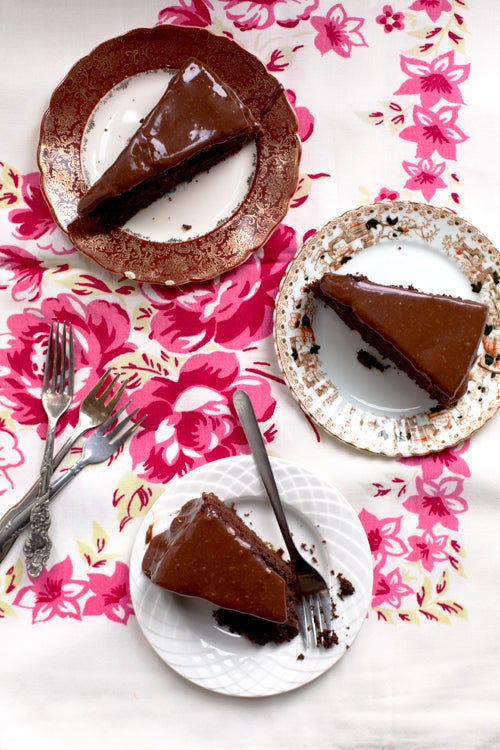 As a teenager in Lahore, Pakistan in the 1990s, Valentine’s Day wasn’t supposed to mean much to me. The fact that my friends and I even knew it existed was exceptional, a symptom of our privileged exposure to Western popular culture—only now do I realize how, with our worldly knowledge, we were insulated from the rest of Lahore. Still, my mother hated it when we celebrated New Year’s, Halloween, or had bonfire parties: “These are not our traditions,” she would say.

Valentine’s Day was especially forbidden because it had to do with dating. At the all-girls school I attended, my best friend Zahra and I scoffed at romance all throughout the year, not just in February. Boyfriends were for American girls and lovers were only acceptable on-screen in Indian movies. So Valentine’s Day would come and go, and Zahra and I would shuffle past the vendors selling heart-shaped balloons and the seasonal stationery stores with paper hearts in the windows, swarmed by the kids from the co-ed American school.

But in the 9th grade, right around the time I started to read the dusty, used Sweet Valley High paperbacks that we quietly passed beneath the tables in class, to consume in secret as we would, in later years, with cigarettes—I met a boy. It was at our school’s annual bonfire in the middle of the netball field, a bit of a rager by Lahori standards: Jeans and t-shirts replaced school uniforms, and teachers allowed us a degree of independence by watching from the rooftop of the main building at the edge of the field. The party was a mix of self-conscious dancing, lip-synching to Madonna, and—most important, and most thrilling—awkward gawking at adolescent boys. They were the cousins, brothers, and family friends of students; their names had been submitted in advance to the school and after rigorous background checks (or so we were told) their attendance was pre-approved by parents and teachers.

With sultry Jennifer Lopez playing over the sound system, I caught the eye of a lanky fellow in an AC/DC T-shirt, his dark hair stiff and shiny. Naturally, the first person to notice our attraction was Zahra. When the boy—Akber—and I were thrown in the mock jail next to the DJ booth, I knew it was Zahra’s doing. Akber and I didn’t talk much during our mutual incarceration, but by the time we were “bailed out” I was in love—or at least I thought I was.

Countless secret email exchanges later, I was ready to declare my love, and I decided to do it the American way, on Valentine’s Day. The Sweet Valley Highs and the foreign television reruns I watched religiously reinforced a belief that this holiday was the one day a year that it wasn’t just okay to express your love; it was practically a requirement. I devised a plan: I would use my mother’s trusty chocolate cake recipe and bake Akber a cake, because that’s what Hariett always did for Jamie on Small Wonder. I would write my confession of love in a card like Ralph Wiggum did for Lisa Simpson. I would not, unfortunately, be able to dance with him in a red sari in the rain like Kajol from the Indian film Kuch Kuch Hota Hai—that would be too debaucherous, and only older, more cultured women wore saris on this side of the border. But baking a cake and writing a card I could handle.

Zahra and I plotted the details of my cunning plan during school break-time. We would bake this love cake (a name she coined) together so she could say she was taking half of it home, when really she would drop it off at Akber’s house on her way. (If my mother found out, it would mean no Simpsons for a month at least, and being grounded—maybe forever. I had yet to test her on her no-boys rule.)

The day came for the execution. My mom kept her imported cookbooks upstairs under lock and key, far from greasy fingers and oil splatters, but I loved the cake recipe so much that she had meticulously copied it out for me on a piece of paper years before. I dug through my drawer frantically until I found the dog-eared, butter-smeared, and stained hand-written recipe. It came from a book where recipes were constructed as proportions—flour was listed as a hundred percent and all other ingredients were listed as a percentage. I took out two pens and two pieces of paper, one for Zahra and one for me, and neatly copied out equations that would translate each percentage into weights. Then I asked Zahra to do her set as I did mine. “No cheating,” I said.

We came up with the same quantities, which was reassuring. I knew the hard part would be measuring the eggs. I had done this once with my mother when she first taught me how to weigh things, but not since then. I measured everything out with a precision I’d have brought to a nuclear science experiment. Zahra watched me without matching my enthusiasm. “I’m bored,” she said. “Let me do something to help.”

But I didn’t trust her with a project of this importance. I creamed the butter and sugar with a hand-held mixer, read the recipe over again, reached for the eggs mixed in with vanilla extract, and then put out my hand to take the large bowl with the dry ingredients. Zahra snatched it up before I could, and my heart jumped.

“Not funny!” I complained. One hand still holding the mixer, I tried snatching the bowl of dry ingredients from her. After missing twice, I finally got it, spilling some flour in the process. She was testing my patience.

“Can you stop? This is really important to me!” I continued mixing as she stared. “Can you stop doing that?”

“I’m not doing anything,” Zahra replied.

“Because you won’t let me do anything else.”

I was about to add the eggs when I remembered I had forgotten to turn the oven on. A perfect job for her. “You can turn on the oven, gas mark 180°,” I said, and she shot me a sarcastic look and complied. 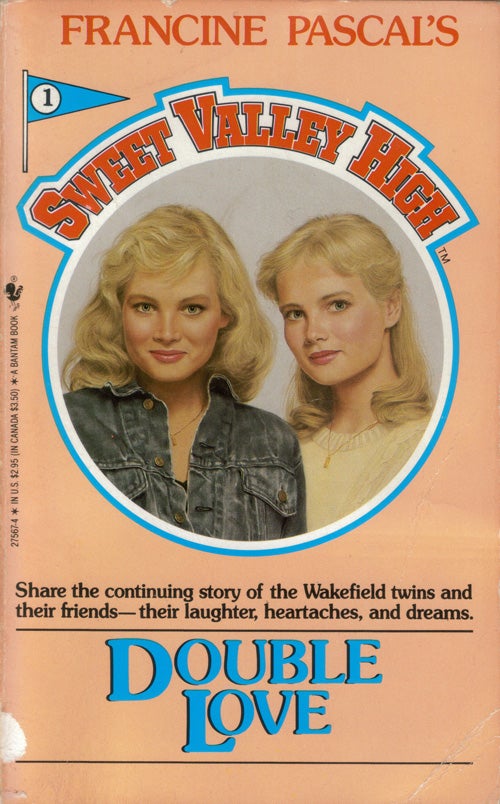 Finally, the batter was dark, smooth, and creamy. She held the bowl as I poured the batter in a round buttered tin and handed her the spatula to lick. “This is great,” she said, but I didn’t have to taste it to know. I stuck the cake in the oven and turned the light on so I could watch it bake while we made the icing. We were successful in avoiding any further escalation of tensions, for the time being.

After twenty minutes I peeked into the oven through the greasy glass window to find that my cake hadn’t risen at all. Horrified, I mentally ran through all the steps I had taken thus far. Did I forget something? Maybe the door was too greasy and I wasn’t seeing straight. I opened the oven and pulled out the tray. The cake was dangerously wobbly. The oven was a disconcerting lukewarm. I looked at the gas mark, set at 80°, and my heart sank. This cake was a disaster. Akber would never be able to love a girl who couldn’t bake a cake; my confession of love was doomed, our affections would die before even being realized. I would never get married or have children, let alone little Akbers. I saw my life unravel in front of me in a spiral of loneliness.

Quickly, my teenage despair turned to anger, and I said things to Zahra that even now I don’t wish to repeat. She stood there in silence; when I ran out of things to say, she simply walked out of the kitchen. I upped the oven temperature to 180C and spent the next hour closely monitoring the cake. The toothpick eventually came out clean and I started breathing again.

I checked on the bowl of icing, which was just as I had left it. I placed a tablespoon in a small bowl. The cake had been rescued and it was time to make a peace offering. Zahra was in my room playing my 2Pac CD, the one she had given me—not a good sign. I walked in and handed her the bowl as she mouthed the words to Wonder Why They Call You B****.

“Here,” I said, holding out the icing unceremoniously. It wasn’t cool to be sentimental.

She shrugged her shoulders and didn’t take it, so I set the bowl on the table next to the couch and casually sat myself down at the opposite end. We spent the rest of the afternoon reading the latest Sweet Valley High books I had picked up until my mom called us downstairs for dinner.

The silence between us was probably apparent as we ate chicken karahi and dal with my family and my brother’s older, cooler friend who was also visiting. When dinner was finished and my mother said, “Let’s try that chocolate cake you girls made today,” the spark of hunger in their eyes was unmistakable. We brought the cake to the table, and slice after slice was consumed. With each bite I saw my family take, my anxiety levels rose higher—it would all be eaten with none left for Akber! As the boys went in for seconds, Zahra’s first slice still lay untouched on her plate. My mother confronted her with the phrase we heard her say most often in life: “Sweetie, why aren’t you eating?”

“I’m really full, just saving it for later,” Zahra said, without missing a beat, and then shot me a look that plainly said “you owe me.” The plan was still on. At the end, not counting her preserved slice, little less than a quarter of the cake remained. “If you don’t mind, I was hoping to take some home so my parents could try it too,” Zahra said to my mother, and in that moment I didn’t care that she had almost destroyed my love cake. I loved her.

“Of course,” my mother smiled. “I’ll have the rest wrapped up for you.”

Shortly after dinner, my mother received a call from Zahra’s mother. Her grandmother was unwell and so she would be spending the night—a privilege we normally had to negotiate days in advance, but now, it was nothing short of disaster. “I can drop off the cake with Akber tomorrow on my way home” Zahra whispered to me awkwardly. But tomorrow wouldn’t be Valentine’s Day. I was surprised at how little I cared.

“Don’t worry about it,” I whispered back. I knew she was uneasy; her grandmother had been unwell for some time. Zahra was the eldest grandchild, which automatically made her the favorite. We didn’t talk about it, but instead watched Grease for the fiftieth time together. We sang all the songs and took turns being Sandy and Danny, simultaneously playing Betty, Putzie, Doody, Sonny and all the others, staying up late into the night.

Some time shortly before sunrise, we got hungry, so I brought out the cake. “We should really eat this.”

“Are you sure?” Zahra asked, shocked, and I nodded, handing her a fork and taking a bite myself. The gooey, fudge-like icing stuck to my tongue, and I felt a jolt of regret at having kept this deliciousness from the both of us earlier in the evening. But we had it now—and we had all of it. I only broke the silence of our happy feast once, to say to my best friend: “Happy Valentine’s Day.”

See the recipe for Chocolate Cake with Fudge Icing »