The Pickled Perfection of Honduras’s Encurtido Is Worth the Trek

Bryan Ford recalls a lakeside taste of the crisp condiment. 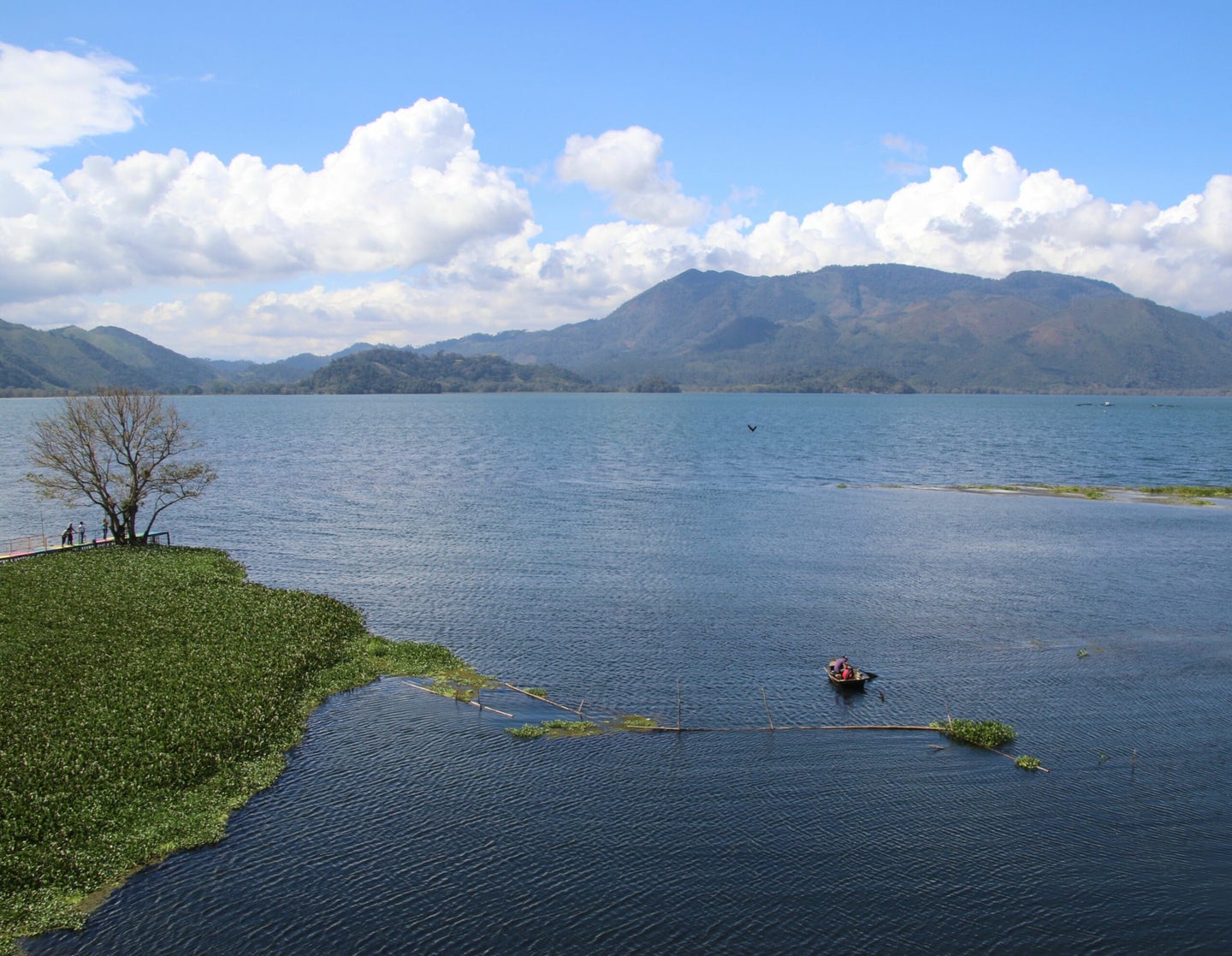 My Tio Lenchito—my mother’s brother—is a chatty kind of guy. On one particular family trip back to Honduras in 2010, he wouldn’t stop talking about this seemingly magical fish shack at the edge of El Lago de Yojoa. He claimed this was the place to get the most delicious fried fish and encurtido. So one morning, we loaded into his car and set out for lunch.

The drive along the lake was breathtaking, the water calm and motionless, almost frozen in time. I noticed the local cooks bringing freshly caught fish into their kitchens just a few steps from the water’s edge, and as we got closer, I could see exactly why my tio loved to get away from his home—the bustling Honduran city of San Pedro Sula—to enjoy the relative peace and quiet of the Lago.

Visiting my family in Honduras has always allowed me to forge a deeper connection with the food of my roots, and I always try to seek out new foods when I’m traveling. Luckily, my uncle shares the same agenda.

After driving for what seemed like hours, we pulled up to our destination: An unnamed lakeside vendor selling a single perfect platter. Whole fried red snapper—salted, spiced, and deep-fried—is the main event here, served with crisp fried plantains, black beans and coconut rice, red-chile salsas, and fresh limes. Tio Lenchito had been raving about the food since before my mother, sister, and I had even arrived in San Pedro Sula, so I was eager for a taste.

In all his praise though, he had neglected to mention the jars of pickled beets, onions, carrots, and peppers on every table—a common Latin American accompaniment called encurtido. My little sister nearly started eating her fish without adding a proper spoonful to her plate, but not before my mom stopped her: “Mira, hay que poner el encurtido, mama!”

Mom was right, of course. The encurtido’s tangy, pungent taste and crisp bite was as perfect as the fish.

There are many variations of encurtido (also called curtido), found throughout Latin America, and in some ways it is a reflection of many nations’ common bonds. Lots of recipes for the condiment-slash-side-dish of pickled vegetables include cabbage and carrot, while others are beet- or onion-based. There is frequently (but not always) some level of spicy heat, usually provided by jalapeños. So many traditional Latin American foods—think Salvadoran pupusas, Honduran baleadas, or Mexican tacos—feature soft textures and salty, fatty flavors. A scoop of crisp encurtido adds crucial fresh, bright acidity to lift up every bite. Each cook’s recipe adds its own special touch, like a sprinkle of dried thyme or a balancing scoop of sugar.

I was born in the Bronx and raised in New Orleans, but I’ve made a point of staying connected with my Honduran roots. I often find myself on long subway voyages in New York City, back to the neighborhood of my birth, to reconnect with the flavors of my culture. One of my favorite restaurants in the Bronx is Seis Vecinos. The name is an homage to six Central American countries—Mexico, El Salvador, Nicaragua, Costa Rica, Guatemala, and Honduras. These countries share not only geographic proximity, but also a common diaspora partially due to the American banana industry of the 19th century, in which the United Fruit Company was granted huge swaths of Central American land and enslaved workers from the local region as well as Africa and the West Indies.

Look around Seis Vecinos and you’ll notice diners dolloping encurtido on everything on the pan-Latin menu, from platano to chula frita (a pan-fried pork chop) to cut the fatty meat. But I think the ideal encurtido vessel is baleada sencilla: a fresh flour tortilla filled with buttery refried beans, slightly bitter Honduran cheese, and salty crema Hondurena. The color, crunch, and spice of the condiment bring everything to life.

With its one-two punch of vinegar twang and satisfying crunch, it’s no wonder this best-kept secret of the Honduran kitchen has a ubiquitous spot on home and restaurant tables. Once you understand the general technique—simmer tough vegetables like beets and carrots until tender, then add quick-cooking ones like onions to a boiling vinegar brine—it’s easy to make and adjust to your taste. It will keep for weeks in the fridge, but once you start using it, you’ll want to keep it out on the table. Like my mom said to my sister, you won’t want a bite without it.

Bryan Ford is a baker, chef, and writer living in New Orleans. He is the author of the best-selling cookbook, New World Sourdough, and owner of the blog Artisan Bryan.

Get the recipe for Honduran Encurtido »