Could Indoor Farming Be the Future of Agriculture? 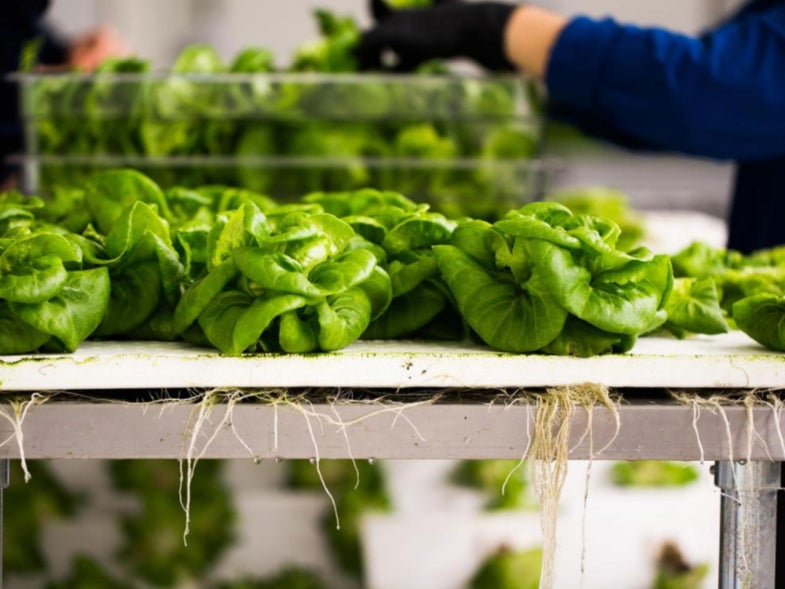 In yet another example of the Garden State living up to its nickname, New Jersey-based indoor farming startup Bowery is aiming to revolutionize the way we grow our food. The first step? Putting a roof over it.

As reported by National Geographic, Bowery is using the latest in agricultural technology to reduce not only the environmental impact of growing your food, but also the time it takes for the produce to reach your dinner table. According to their website, Bowery farms boast an incredible 95 percent water reduction compared to traditional outdoor farms—and are a whopping 100 times more productive per square foot.

“We grow all of our food without any pesticides, herbicides, fungicides, or insecticides,” Irving Fain, CEO of Bowery, tells National Geographic. “When you grow in that way out in the field, you typically see substantial declines in the yields of the crops. In our case, we actually are able to grow more than twice as fast as the field for a number of crops.” Such a significant water reduction is no minor feat, as according to the USDA, agriculture accounts for around 80 percent of the United States’ consumptive water use.

So how does Bowery do it?

Fain explains that the farms’ built-in system allows the company to monitor plant growth and give them only “what the need, when they need it.” Bowery farms also grow their plants in vertical stacks, allowing the farms to be constructed in urban settings and to reuse and recirculate water. This could be good news for the fight against food deserts, with shorter distances and travel times increasing access to fruits and vegetables in areas where fresh produce is scarce or expensive.

Admittedly, indoor farming isn’t a novel idea. But it only recently became more cost-effective, with the drop in cost of LED lighting, which many hydroponic farmers—Bowery included—use to grow their crops. Fain says that the thin shape of those LED bulbs was essential in allowing for the stacking of crops, while being low-heat and energy-efficient at the same time.

Bowery, and other indoor farms like it, are hoping to be part of the the solution to the global food crisis the world might have to face in the not-too-distant future. As Fain warns, “By 2050, according to the UN, we’ll have nine to 10 billion people on the planet, and we need somewhere between 50 and 70 percent more food to feed that growing population.” Climate change and population booms stand to seriously strain global food security, and indoor agriculture doesn’t seem like a bad way to combat it.