When the editor of The Guardian's Cook section Mina Holland noticed a gap in the category of books related to both food and travel, she answered it with The World on a Plate, out today. A mixture of recipes, history, and personal anecdotes, the book explores the history behind 40 cuisines, along with 100 traditional recipes and the stories behind them. We decided to get her story:

What inspired you to write this book?

I was in my mid-twenties, and passionate about cooking and travel. I had moved on from my students years of traveling often, and was working an uninspiring desk job, so I really missed exploring cultures through their foods. Eventually, I left my job and started freelancing. I remember just scanning my shelves of cookbooks and seeing loads of books by celebrity chefs with recipes that didn't belong to any specific place—the chefs applied their culinary style to foods, but the recipes weren't particularly authentic. And then there were books that were particular to one part of the world, like Yotam Ottolenghi's Jerusalem, but there was nothing that really covered multiple places that provided an entry point. Because I travel via food, whenever I land somewhere, I know where I'm going to eat and what I'm going to eat. I wanted to put that all in book—food and words are the intersection of my interests.

What cuisines do you think are most misunderstood?

I think the best example is English cuisine. People tear it apart, and I would defend it. I think that’s one of the reasons behind the renaissance in British cuisine right now. Our food doesn’t suck. For 50 to 60 years, we dedicated our cuisine to trying to copy Mediterranean cuisine and not doing it particularly well. But now, we’re inspired by root vegetables and off cuts of meats. It doesn’t sound very glamorous, but the food is delicious.

Was there one cuisine or dish that really surprised you while learning about it?

I wasn't really familiar with Persian cuisine until working on the book. I was introduced to a home cook and my eyes were just opened to a rainbow of flavors. I realized how much Persian cuisine has influenced so many other cuisines in the world, like those in parts of India, North Africa, Turkey. I love khoresht-e-mast, or chicken with yogurt, barberries, and saffron. There's lots and lots of herbs in Persian cuisine. I also love chelow rice, which is rice that gets really crispy on the bottom.

Was there one dish or cuisine you ended up falling in love with after learning about it?

I really loved discovering Persian cuisine. But in terms of what the book did to me, it introduced me to a lot of ingredients and flavors from all different cuisines that I've now incorporated into my own repertoire. I've followed ingredients, rather than cuisine. I've gotten really into Roman foods, like pasta e ceci, this chickpea and pasta stew with a Parmesan rind, vegetables, and garlic. It's nutritious, cheap, and easy to do after work. 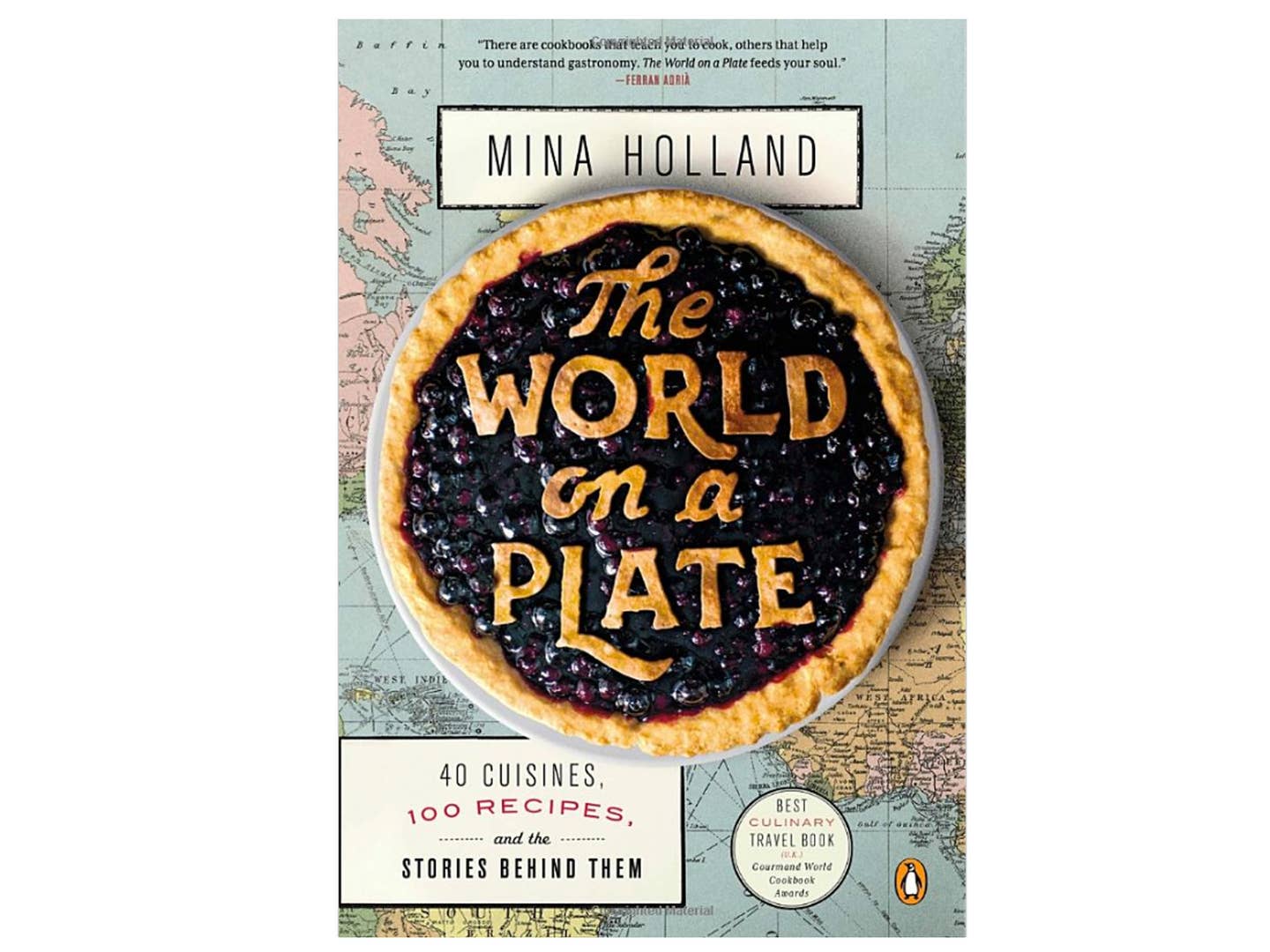 You look into how all cultures have their own cuisines, due to a multitude of factors; what do the cuisines have in common, though?

It's interesting to look and see how all communities are connected to history by ingredients. You’ve got things like cocoa from the Americas moving one way, and spices from the East moving the other way in history. It's also interesting to think about how cultures with very different in personalities can have similarities between their foods.

After researching this book, is there one cuisine that you could see yourself dedicating your life to learning?

Italian. I love the versatility of the cuisine. I can be up north eating polenta and Slavic-influenced food. Then I can go to Calabria for spicy 'nduja sausage. In Naples, I'll eat pizza. There's just a wealth of seasonal ingredients in Italy, and there are so many micro-cuisines in that one country.

So, after researching and writing your book, what's your favorite food?

I'll tell you my last meal. First: Baba ghannouj. And then I'd have to have Marcella Hazan's tomato sauce. It's mad. I spent a lot of my life trying to figure out how to make a great pasta sauce, and then after making Marcella's, I found myself thinking, Why would I do anything else? I'd put that over a fresh pappardelle. And then I'd have my mom's puff pastry desert with tart plums and almond frangipane.