Tomato Sauce with Onion and Butter 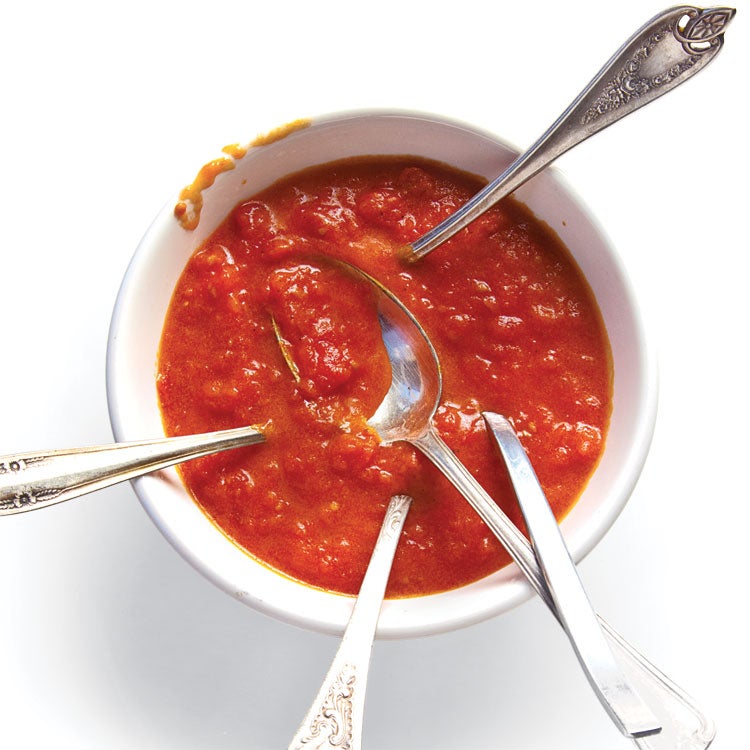 Simply putting tomatoes, a peeled halved onion, butter, and salt in a pot and cooking them with barely an occasional stir until they are reduced produces a deliciously concentrated sauce. Todd Coleman
SHARE

My mother’s tomato, butter, and onion sauce unfailingly elicits feelings of comfort and well-being. Its ability to wash away fatigue and anxiety is almost miraculous, and its preparation borders on alchemy. Who would think that simply putting tomatoes, a peeled halved onion, butter, and salt in a pot and cooking it with barely an occasional stir until it is reduced, would produce such concentrated goodness? In my freezer there is always a batch, ready to be defrosted and enjoyed in the time it takes to cook some pasta. —Giuliano Hazan, author of Hazan Family Favorites: Beloved Italian Recipes (Stewart, Tabori & Chang, 2012)