Are Root Vegetables the Root of Civilization?

We dig root vegetables for their endless adaptability, cool-weather abundance, and weird beauty—but they also may have played a critical role in the growth of prehistoric human society 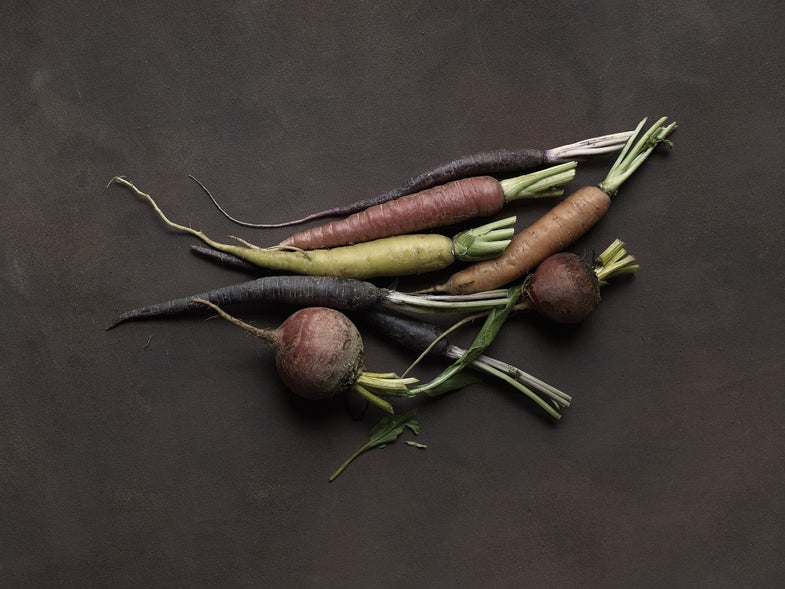 Where ground has been dug, the soil, which has been moved, aerated and mixed, becomes more fertile,” writes historian Maguelonne Toussaint-Samat. According to her book A History of Food, about 10,000 years ago, the simple act of hungry nomads unearthing wild roots from the soil may have been the first step toward intentional farming. As they dug, early humans turned to sharp sticks and pointed stones to mine the soil, noticing that the plowed ground would produce more food over time. Rather than just collect plants, they began to cultivate them.

With the dawn of domesticated agriculture, there quickly arose the need to store, protect, and distribute resources. Put simply, the root may very well be the root of organized society. And by this theory, it’s among the most historically significant food we have.

Thousands of years before the advent of agriculture, starchy, subterranean roots and their subcategories, tubers and bulbs, were already comfort food. Anthropologists believe that early man learned to dig for these caloric treasures from hominids, like chimps, that had already been eating them for millions of years. To the hunter-gatherers who stumbled upon the wild shoots and spangled leaves coming up through the forest floor, these roots represented survival for at least another day. 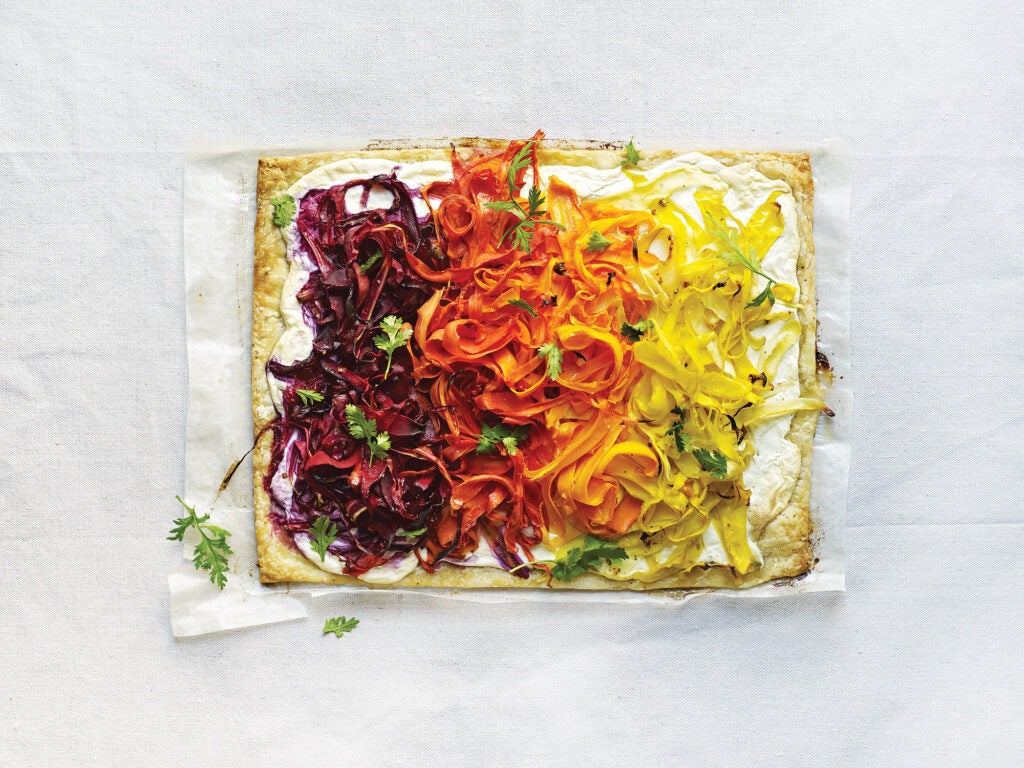 To be fair, our early ancestors had no choice but to embrace excavated food. (Roots, compared with many seedy or leafy above-ground plants, offered a superb combination of sugars, starches, mineral salts, and vitamins. They also presented fewer hazards than hunted game, including a lower threat of parasites and competition.) But millennia later, it can sometimes feel as if we also don’t have much choice but to embrace roots, especially when summer leaks into fall—that melancholic moment when strawberries, squash blossoms, and peaches are undeniably gone—and the farmers’ market tables suddenly tower with bulbous beets, wiry-haired celery root, and warty yams.

Compared to the twisty, tendriled, bitter predecessors our ancestors plucked from loamy sockets of the forest, the choices we have today—plump, cartoon-orange carrots and pretty candy cane striped beets—are far more appetizing. Many are sweeter, juicier, and more attractive mutations of the original prototypes, genetically singled out over time to be higher producing, and more consistent in appearance. That fleshy, jubilantly orange carrot? It became more popular than its spindly, ink-purple brother only as recently as 400 years ago.

Roots provide modern cooks with rewards much subtler than survival: that feeling of sliding a paring knife effortlessly through a slow-roasted beet, or the faint sigh of a parsnip shattering tenderly under a potato masher. Early homo sapiens did not know the transformative power of a vegetable peeler to slice a root into delicate, crispy petals, or the decorative charm of ombré carrots layered onto a tart shell. They, of course, were focused on nourishment, and for that the root was king. The root was, more than anything, a guarantee that tomorrow would come. And that, we can all agree, is comforting.