The Origin and Art of Japanese Rice

The history, types, and applications of Japan’s most essential ingredient. 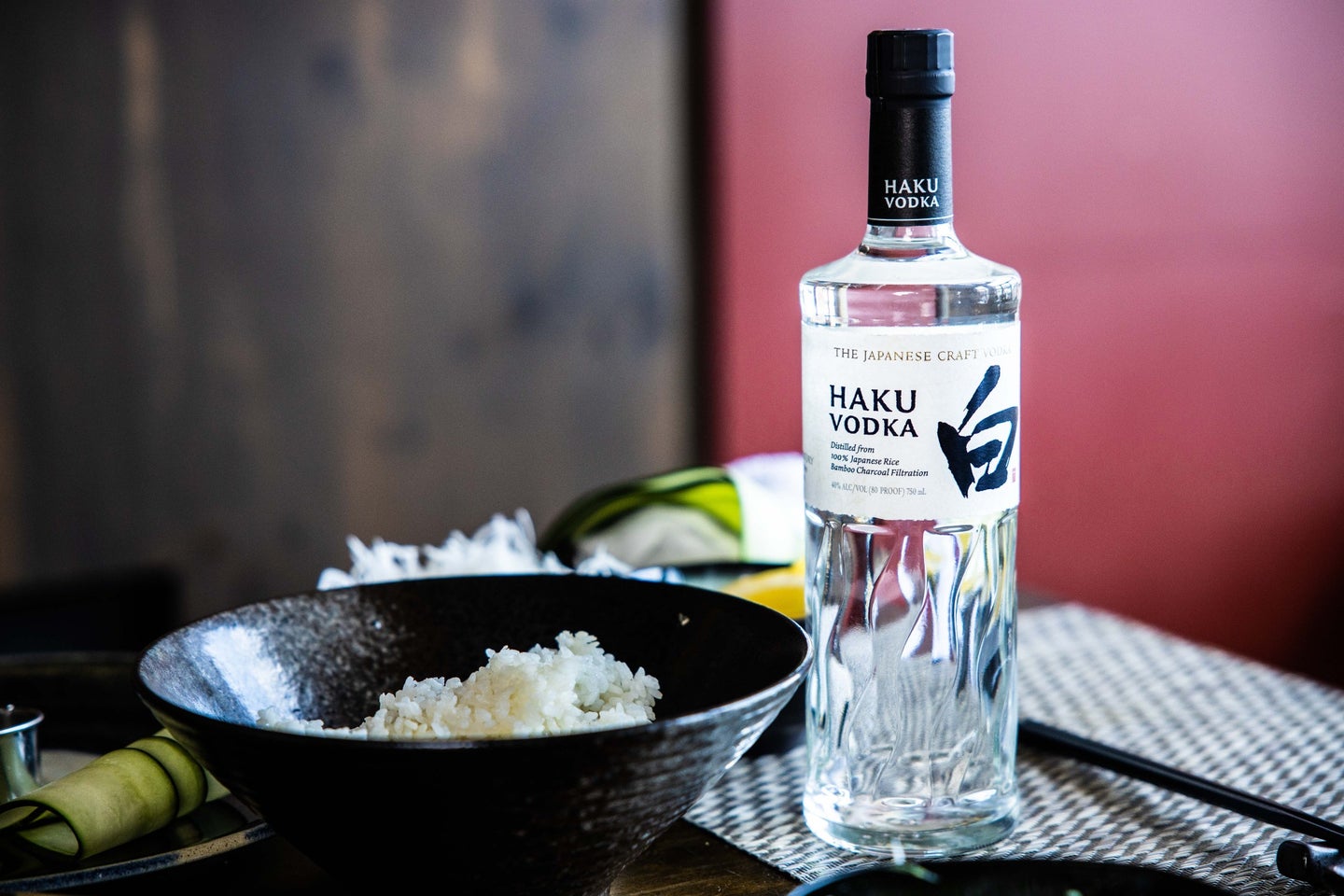 To understand Japanese rice is to understand the history of Japan itself. Traces of wet rice cultivation in Japan date back as far as 3,000 years ago during the late Jōmon period, when it’s believed the crop was introduced from mainland China to the island of Kyushu. Today, cooked white rice is a staple on the Japanese table, served daily with most meals. In many Asian languages, the word for “rice” is interchangeable with the word for “meal”—conveying just how essential it is. In Japan, this word is “gohan” or “meshi.”

According to Kayoko Hiratu Paku of Just One Cookbook, a Tokyo-born Japanese culinary authority (and SAVEUR Blog Awards finalist), rice developed a symbolic meaning very early on in regional mythology and indigenous religions like Shintoism. According to the Shinto belief, it was the goddess of the sun, Amaterasu Omikami, who sent rice to earth via her emissary, Jimmu, who would later become the first emperor of Japan. Since then, it has been a spiritual role of Japan’s emperor to liaise with the various deities who govern agriculture and ensure a strong harvest.

But rice’s significance in Japan extends beyond both sustenance and symbolism—it has also played a profound role in shaping Japanese society. “Rice has been tied to the foundation, the birth of Japan,” explains Paku. “Rice can’t be grown by a single farmer like potatoes or wheat. It really requires a lot of people. So it all ties back to how Japanese society is formed: They make decisions together, they believe in collective unity, they are community-based. You need to be connected to have a successful crop.”

Linda Wojtan, former Senior Advisor for the National Clearinghouse for U.S.-Japan Studies, echoed this sentiment in a 1993 issue of Japan Digest, “Rice is so important in Japanese society that it has been called the essence of the culture. [The] historic commitment to group harmony, a hallmark of the original culture of rice, echoes today and continues to shape group consciousness.”

The ubiquitous presence of this ingredient throughout Japanese history sometimes overshadows its rich diversity: Not all rice is created equally. Several factors distinguish between different types. First, there’s the length: The rice typically associated with Japanese cuisine, sometimes labeled “sushi rice,” is a short-grain variety called Japonica. More abundant long-grain varieties, by contrast, are native to South and Southeast Asian countries like India, Thailand, and Vietnam.

Japonica rice is further classified based on levels of “stickiness.” Uruchimai, a nutty, slightly sticky variety, is typically used in everyday cooking and in specialties like sushi. “Uruchimai has a unique stickiness and texture, absorbs more moisture compared to other types of rice, and can be easily picked up with chopsticks,” explains Chicago-based chef Simon Liew.

For Chef Simon Liew, the versatility of Haku Vodka makes the spirit perfect for cooking and cocktails alike. Elliot Clark

Then there are different levels of “polishing,” which distinguishes white rice (hakumai) from brown rice (genmai). And then there’s glutinous rice (mochigome), which has its own distinct significance to Japanese cuisine. Milling rice involves carefully husking the grains and then stripping off layers of bran to reveal polished white rice, or hakumai. And there’s even more specificity here. Of the hakumai rice varieties, Paku explains, a popular Japonica cultivar called Koshihikari is both the most widely grown and the most prized in all of Japan.

“Koshihikari is considered to be the most premium rice. It’s the most labor-intensive, and most delicious,” Paku explains, adding that although rice is an agricultural good, there remains an artisan aspect to Japan’s production. “Industrialized agriculture like that in the States does not exist in Japan,” she says. “Due to government regulations, farmland tends to be family-owned or very small business. Most farmers are older than 60. Even as some techniques have been mechanized, others are still done the old-school way.”

Even with the highest quality of rice, however, cooking requires a disciplined hand. “[Short grain rice] needs to be cooked with the right ratio of water to rice to have the right consistency for sushi,” Liew says. “You don’t want the rice to come out soft and wet.” Another important ingredient when preparing sushi rice is rice vinegar. “You need to have the perfect balance,” explains Liew, “as the acid breaks down the starches in the rice.”

In Japan, rice is not only an accompaniment to meat, seafood, and vegetables—like wheat and corn in the west, the grain is often recast as a key ingredient in desserts and drinks as well. Liew spotlights mochigome, or Japanese glutinous rice, which is used to make rice cakes or rice crackers. “From breakfast to dinner,” Chef Liew says, “rice is incorporated in every meal and paired with seasoned vegetables, fish, and meat. It’s even used to produce alcoholic drinks, like sake, shōchū, whiskey, vodka, and more.”

What makes Japanese rice an artform is the versatility of its application—from mochi to noodles to beverages. And it’s perhaps in brewed and distilled spirits that the grain reaches its pinnacle of craftsmanship. The Japanese word shokunin-waza refers to a lifetime commitment to one’s craft, be that sushi-rolling, kimono-making, or sake-brewing. As with cooking rice, transforming the stuff into sake or spirit requires such an elemental connection to the craft.

Haku Vodka can be used as an ingredient in a wide variety of dishes to build an unmatched flavor profile. Elliot Clark

Though sake (a fermented rice beverage) and shōchū (distilled rice liquor) remain the most popular rice-based alcoholic drinks in Japan, rice is finding its way into other categories and markets. Take for example, Haku vodka, a new spirit from the House of Suntory — makers of the timeless spirits Yamazaki, Hakushu, Hibiki, Toki Japanese Whiskey, and Roku Gin — all crafted with 100 percent Japanese rice. The name “Haku” translates to both “white” and “brilliant,” nodding to that most pure, polished form of hakumai white rice that forms the spirit’s base. Haku is then further cleansed of impurities via a proprietary bamboo charcoal filtration, which yields a smooth minerality and subtle sweetness.

This dedication to the art of the Japanese rice used in Haku vodka is reflective of the House of Suntory’s broader dedication to its core philosophies. Through all of their spirits, the House of Suntory remains strongly devoted to riches of Japanese nature, that being the soft water, unique climate, and distinct seasons in Yamazaki, where they constructed Japan’s first malt whisky distillery in 1923. Moreover, the House of Suntory infuses the principles of “monozukuri,” the connection between technology, knowledge, and the spirit of Japan’s dedication to craftsmanship, and “omotenashi,” which refers to the extreme detail, attention, and care that Japanese hosts provide their guests.

As Japanese culture rises in popularity around the world, it takes on new forms. For Chef Simon Liew, that means nigiri—featuring fish flown in fresh from Tsukiji Market—topped with quirky garnishes like fried garlic chips and maple butter. At Japanese-inspired cocktail bars across the United States, that means drinks made with Japanese shōchū, whisky, gin, and nowadays, vodka. Julia Momose, Japan-born bartender and author of The Way of the Cocktail, says she uses Haku because it’s “light and easy to drink,” and that it also “does a good job of carrying through the profile of rice.” One of Momose’s original recipes doubles up on that essential Japanese grain, shaken Haku vodka with genmaicha—green tea flavored with toasted rice—then adding lemon and yuzu kosho, a bright chile condiment, for a simultaneously toasty and refreshing cocktail.

With its clean profile, Haku is an accessible conduit for mixing with other traditional Japanese ingredients. Whether sipped alone or fresh from the freezer, Haku is a crystal-clear homage to centuries of tradition of Japanese rice—a distillation of the very “essence of Japan.”

“My favorite way to drink Haku is with a little ice, and a cherry on the side,” Chef Liew says. “It has a strong aroma of fruit and florals, which I enjoy in its purity as it has a clean, smooth taste. The flavors bring joy, happiness, and other emotions that I went through [while] learning and preparing for my life as a sushi chef. I end the drink with a cherry—a little sweetness to mark where I am today.”

The natural sweetness of Haku Vodka complements the acidity and complex flavor of the rice. Elliot Clark

Offering a natural level of sweetness that complements the citrusy yuzu and the mellow white miso, Suntory Haku Vodka elevates this marinade for this delicious sea bass, made by Chicago chef Simon Liew.

“We took a traditional miso dish and marinated the sea bass in Suntory Haku Vodka for three days to bring out the aroma and freshness of the fish,” explains Chef Simon. “Then we added a light yuzu dressing for acidity and a honey-and-mirin mix for a touch of sweetness. We served it over rice to create the perfect balance. The natural sweetness of the Suntory Haku Vodka,  plus a little acidity and the complex flavor of the rice is a great combination. You’ll be thinking about the next bite even before you finish the first.”

You can find Suntory Haku Vodka in a liquor store near you to make this dish at home.