Weekend Reading: Tiny Paintings on Food, The Science of Hangover Cures, and More 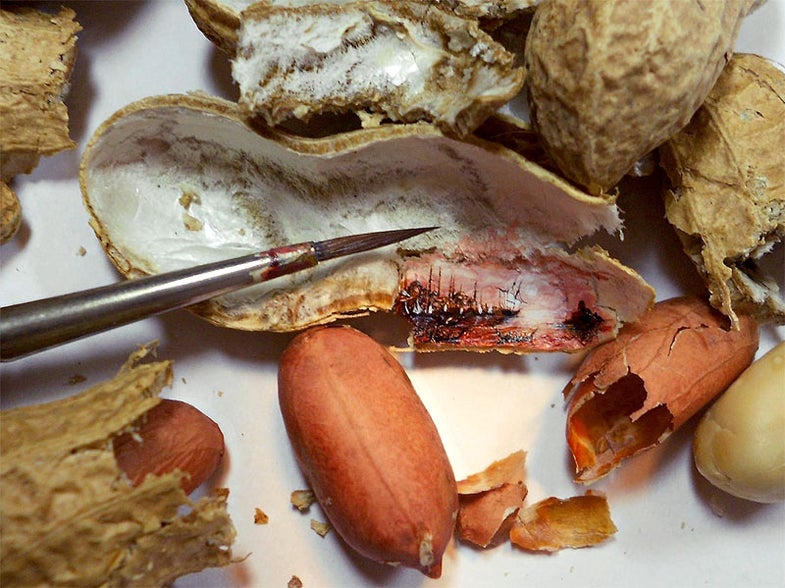 It’s hard not to be impressed by Hasan Kale’s tiny-scale landscape paintings. The Turkish artist has more hand-eye coordination than I could ever hope for, depicting intricate, moody scenes on everything from M&Ms to onion skins. [Colossal] —Zoe Schaeffer, assistant digital editor, @zschaef

The wonderful New Yorker cartoonist Charles Barsotti died this week at the age of 80. Among his nearly 1,400 humorous drawings that appeared in his nearly half-century of work for the magazine, there is a veritable feast of food cartoons: A bare-headed anthropomorphized fork says to another fork with a lavish twirl of spaghetti on its head, “I love it! Who did it?”; One hot dog-turned-wiseguy says to another, “They grilled me, Eddie, but I didn’t talk.” [The Cartoon Bank] —Betsy Andrews, executive editor, @betsyandrews

If your idea of the perfect meal (like mine) contains drastic amounts of garlic, it’s only fair to those around you that you be thoroughly prepared for the aftermath—your breath. Our friends at PopSci have shared three of the best cures for a fresh mouth, so you won’t have to worry the next time you make some of our favorite garlic recipes. [Popular Science] —Michellina Jones, site producer, @MichellinaJones

Much like Lactaid is a lifesaver for the lactose-intolerant, it looks like scientists might actually be able to produce an oral enzyme supplement for celiacs that counteracts the effects of ingesting gluten. I can’t wait to start nom-ing on Olive Garden breadsticks again. [Science Daily] —Judy Haubert, associate food editor, @judyhaubert

In Texas, three entrepreneurs have started selling “cloud juice“—AKA rainwater. The rainwater is harvested using a tank system that, with one inch of rain, can capture 550 gallons of filtered, potable water per every 1000 square feet of collection surface. Richard Heinichen, the founder of Richard’s Rainwater, was the first to bottle and sell rainwater. He isn’t looking to become the new Poland Springs—rather, he’s hoping to kickstart a trend in looking to the skies for a new source of sustainable drinking water. [Take Part] —Karen Shimizu, senior editor, @karemizu

If you had a few too many last night, it’s probably a good time to read this Atlantic interview with psychology professor Richard Stephens—a member of the Alcohol Hangover Research Group—who reveals, among other things, the scientific explanation of hangover cures like imbibing in hair of the dog or eating a big greasy breakfast. [The Atlantic] —Cory Baldwin, senior digital editor,_ @_corycorinne_

At the University of Michigan, there’s a monstrous 25-foot-tall agave plant that’s been meticulously tended for 80 years. This weekend, for the first time in the plant’s life, its hundreds of flower buds are going to open for the first time ever—a tad bit slower than the average agave, which blossom after a decade or so. [Smithsonian] —Helen Rosner, executive digital editor, @hels

This week, The National posted a gallery of images from my favorite seafood shack in Dubai, Bu Qtair. Run out of what looks like a double-wide trailer home in the Jumeirah neighborhood, the restaurant offers one or two fish options daily by the pound. Your selection is seasoned, quick-fried, and served with a side of curry, fresh roti, and a plate of chopped vegetables for a pittance. Thanks to these tantalizing images, I’m already dreaming of my next visit and another fantastic meal. The National —Felicia Campbell, associate editor, @hungryfi