Why Memphis Is One of Our Favorite American Food Cities

Soul food, community, warmth, and diversity made our 2018 Blog Awards experience a transformative one 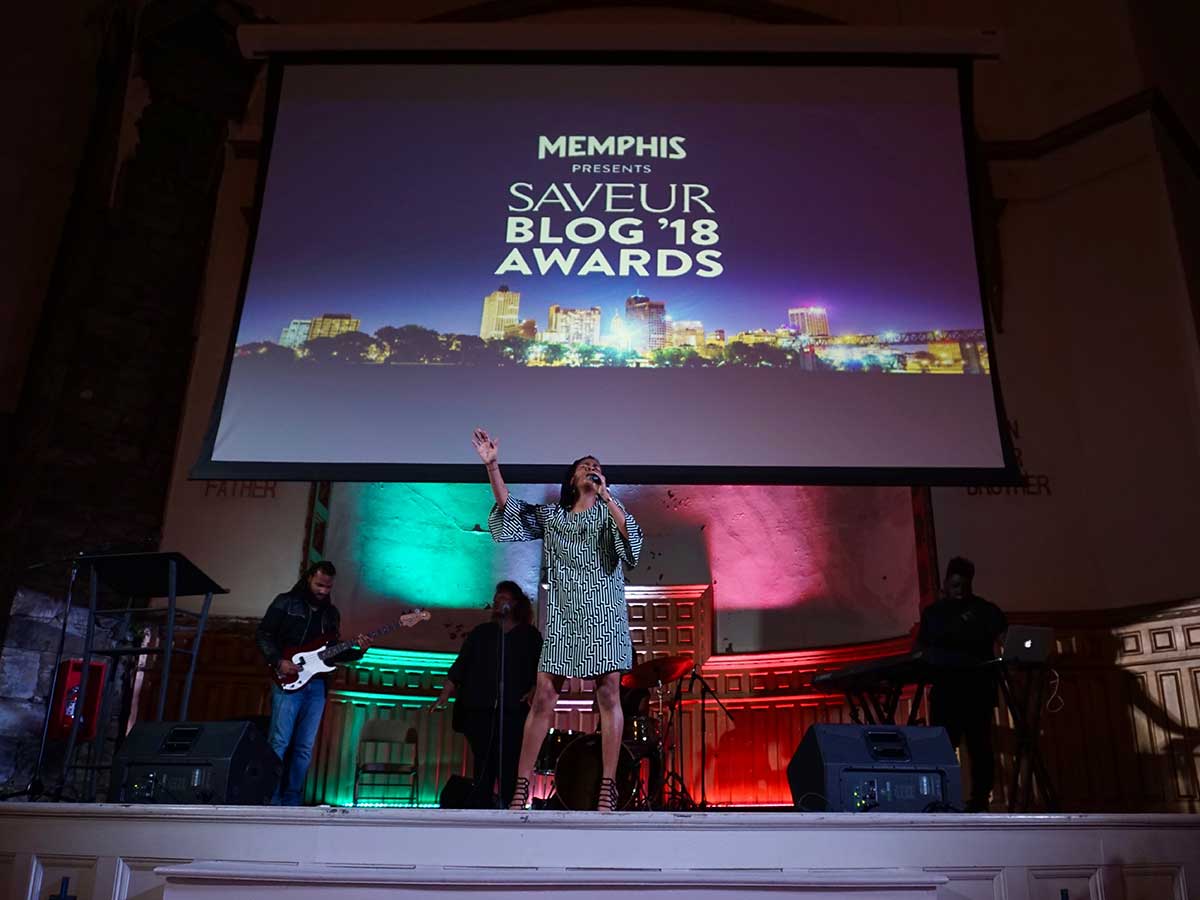 When Paul Simon sang I’m going to Graceland… in 1986, he likely wasn’t thinking of SAVEUR’s 2018 Blog Awards—and of the 66 finalists invited to join us in Memphis from all over the world. But we certainly felt like singing as we packed our bags to meet up with some of the most talented seasoned and new names in the food and travel blogger, photographer, and influencer world this November. Bloggers traveled from Germany, Chile, and as far as South Africa, excited to meet and collaborate with their fellow finalists, and eventually, to potentially take home a prize for our Readers’ Choice or Editors’ Choice Awards.

Our two-day event this year was not just a celebration of talent, but of community, diversity, and reaching out to support one another across the food, restaurant, and travel industries. In partnership with the Memphis Brand Initiative (MBI), we called on guest speakers from renowned writers and TV stars to distillers and restaurateurs to join us in welcoming the nominees to a place that has become one of our favorite food cities in America.

Friends and guests checked in at the grand Peabody hotel, and that night we all met up at the Old Dominick Distillery, a modern new addition to Memphis’ downtown riverfront housed in a historic building, where everyone got acquainted over cocktails. There were delicious wines from Opici, and cheese and charcuterie from our friends at Murray’s and Kroger. SAVEUR executive editor Stacy Adimando introduced David French, President and CMO at Memphis Brand Initiative, who reminded us that, no matter where we’ve traveled from, we’re all a part of the Memphis story now. And with that, we headed out to Broad Avenue, in Memphis’ historic arts district, for a bar crawl.

WiseAcre Brewing Co. was first on our list, a warm, colorful brewery and tap room where we all knocked back a pint or two before heading to our next stop: the beloved Liquor Store. While Memphis entrepreneur Lisa Toro’s bar and diner might sound like a corner liquor mart, inside it’s a lively, tropical-themed space serving up comforting treats like Cuban sandwiches, biscuits, and top-notch cocktails. We had a final nightcap in the cozy upstairs bar at Bounty on Broad before making our way back to our beds at the Peabody.

In the morning, mimosas flowed and beignets were fried-to-order as SAVEUR senior associate editor Alex Testere led our first discussion panel in the Peabody’s Venetian Room. Recipe developer and influencer Amanda Frederickson, Muddy’s Bake Shop owner Kat Gordon, and executive editor Stacy Adimando spoke about the challenges of staying true to your unique vision as you develop your voice into an influential brand. Shortly thereafter, the Peabody Duckmaster made a surprise appearance, and his squad of ducks waddled their way down the red carpet to strut their stuff for us.

After a brief refresh back at the Peabody, the time for the awards ceremony had arrived. We all gathered at Clayborn Temple, a famous staging ground for the civil rights movement that’s currently being restored into a revitalized community space. On the grand stage, the ceremony kicked off with a private concert from Memphis singer-songwriter Talibah Safiyah, who blew us away with her rich soulful sounds.

One by one, the winners were presented, with the coveted Blog of the Year Award going to The Cinnaman, who video’d in from his home in Dubai to accept the award with a heartfelt message. The reveling continued into the night, and we wrapped up the festivities at Memphis’ classic dive bar Ernestine & Hazel’s for a few beers and one of their famous, cheesy “Soul Burgers.”

Our last day in Memphis began with an epic brunch buffet at The Arcade—grits, biscuits and gravy, sweet potato pancakes, chicken-fried steak, we had it all. While we ate, executive editor Stacy Adimando led our last panel of the trip, a discussion with world-renowned blogger Joy Wilson, of Joy the Baker, and Peter Meehan, L.A Times contributing food writer, co-founder of Lucky Peach, and co-star of Netflix’s “Ugly Delicious,” about how to potentially expand your writing talents into other goals like TV shows and cookbook deals. After brunch, we were led on an art walk around downtown Memphis, visiting the National Civil Rights Museum and the infamous Lorraine Motel, Memphis art galleries, and public art displays. Our guide, a joyful local named Queen, insisted on giving each of us a hug as she left us, which seemed to perfectly embody the spirit of the city we were in.

Back at the Peabody, we all said one last goodbye to the ducks swimming around the fountain in the lobby, packed our bags, and departed back to our far-flung hometowns (some of us making at least one last stop for barbecue along the way). While this was the first visit to Memphis for many of us, the city, its soul, and the people who created it had left an indelible impression. We were all Memphians now, too.