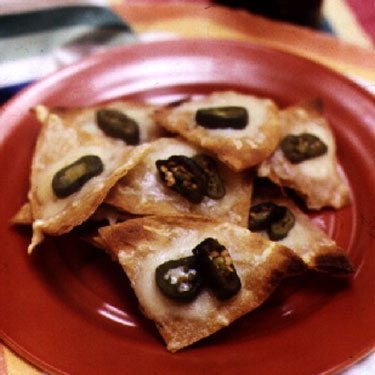 It was on or near this date in 1943 that Ignacio “Nacho” Anaya, maitre d’ of the Victory Club restaurant in Eagle Pass, Texas, invented nachos. Recalling that seminal moment in the history of Tex Mex, Anaya’s son Ignacio Anaya, Jr. explained that when the restaurant’s cook went missing one day, his father “went into the kitchen, picked up tostados, grated some cheese on them — Wisconsin cheese, the round one — and put them under the Salamander. He pulled them out after a couple minutes, all melted, and put on a slice of jalapeno.” After Anaya Sr.’s death in 1975, October 21 was declared the International Day of the Nacho. Celebrate Anaya’s legacy with one of our favorite nacho recipes: San Antonio-style Sour Cream Nachos, Black Bean Nachos with Red Chile Beef, or the classic Nacho, just as Ignacio himself made it nearly seventy years ago.