On January 1, the people of the island nation remember their fight for freedom, spoonful by spoonful 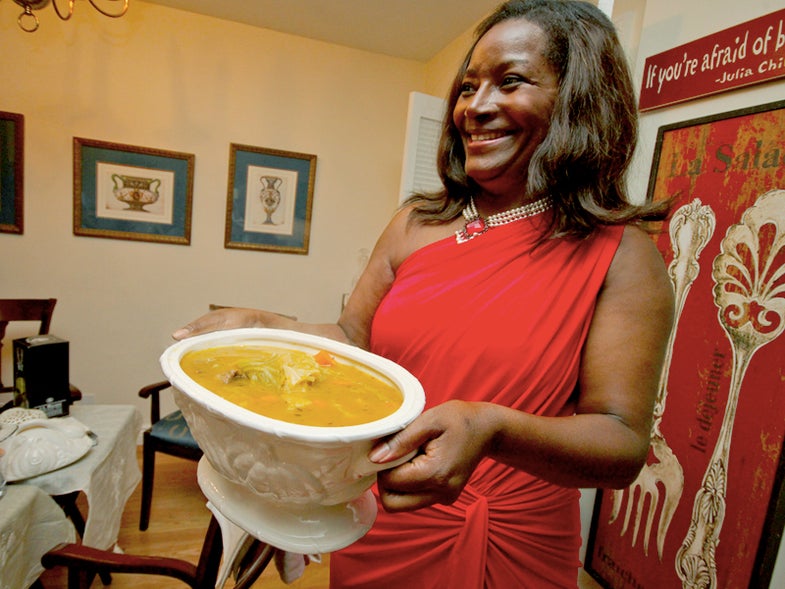 As a reporter for a New York City newspaper that covers the Caribbean community at home and abroad, I have traveled, and eaten, throughout Haiti. I’ve savored the island’s distinctive cuisine, with its African, French, and native Taino elements and its iconic dishes, from lambi, sauteed conch and red snapper in a spicy tomato-based creole sauce, to riz djondjon, a rice made almost black with dried mushrooms. But I’ve never experienced a Haitian dish quite as beloved as soup joumou, a savory pumpkin soup.

Soup joumou (pronounced “joo-moo”) is the soup of Independence, the soup of remembrance, and the soup that celebrates the new year. The soul-warming dish commemorates January 1, 1804, the date of Haiti’s liberation from France. It is said that the soup was once a delicacy reserved for white masters but forbidden to the slaves who cooked it. After Independence, Haitians took to eating it to celebrate the world’s first and only successful slave revolution resulting in an independent nation.

Today, soup joumou is such a new year’s tradition that before any good wishes, you’re likely to be asked: “Did you have your soup?” “Where are you having your soup?” or “Do you want to come over for soup?” And asking someone of Haitian ancestry about pumpkin soup opens the floodgates of their memory, both personal and collective. “New Year’s eve was the only time we could stay up late,” Elle Philippe, a New York-based chef told me of her childhood in Port-au-Prince. “I remember when I was five years old, my mother would start making soup joumou in the evening, and around midnight we could begin to taste it.”

Philippe’s mother, like many other home cooks, started her soup with a rustic beef stock. (“You must have a beef leg bone,” one friend told me, who insisted that the opportunity to suck the marrow is part of the pleasure of the soup.) Into the broth generally go marinated, seasoned beef; loads of garlic, onions, and other aromatics; and malanga, taro, yams, or other starches. After some time, cabbage, pasta or rice, and the cooked and pureed joumou, or squash, is added. The variety of choice is kabocha, a green mottled, squat pumpkin whose nutty, bright orange flesh flavors, colors, and thickens the soup.

Though in Port-au-Prince and other cities, people generally prepare meals using indoor gas stoves, in rural areas, I’ve also watched home cooks prepare soup joumou on the traditional recho, a three-legged circular or square iron basket filled with charcoal where the pot sits directly on the coals. In the most remote parts of the countryside, the soup pot might simply be propped over a wood fire atop a rustic tripod fashioned from three stones. But wherever it’s cooked, soup joumou is left to simmer in a deep aluminum pot in amounts enough to satisfy all the family and friends who drop by to usher in the new year, and to celebrate Haiti and its hard-won independence.

See the recipe for Soup Joumou »