Could Finland’s ‘Pulled Oats’ Hold the 100-Percent Vegetarian Answer to Your Meat Cravings? 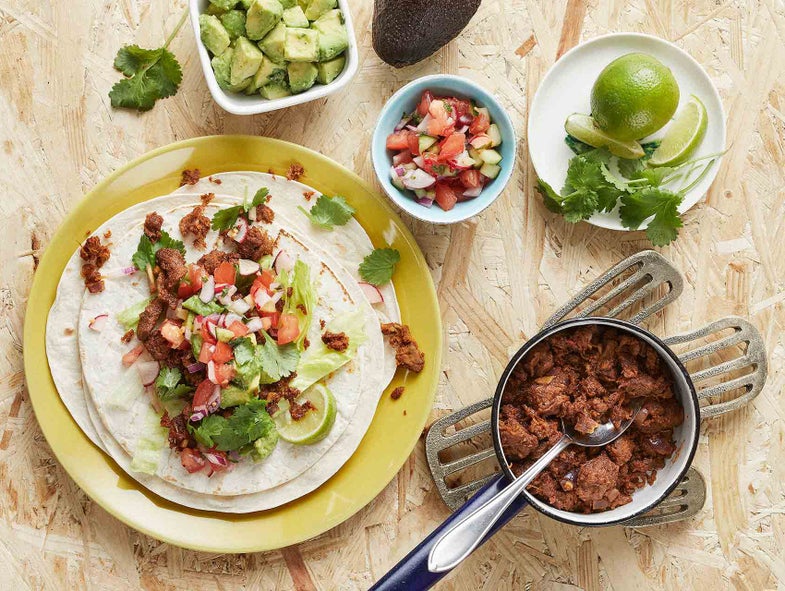 I know what you’re thinking. What in the world is “pulled oats”? It’s a plant-based protein product that bears striking resemblance to pulled pork, something that came as a surprise even to Gold & Green, the food start-up that developed the superfood. But this Finnish food phenomenon has nothing to do with pork.

In 2014, Finnish designer Maija Itkonen read a New York Times article suggesting that fake meats might finally be able to replicate the taste of chicken. But Itkonen did not want her proteins to taste like chicken. She thought there must be something better—something that could replace meat but not necessarily taste like it. And then it hit her: oats.

Itkonen reached out to her high school friend, Reetta Kivelä, a food scientist specializing in all-things oats. She skeptically agreed to work on this meat replacement; at the very least, she might discover an alternative to lentils for her vegetarian daughter.

After six months of experimenting, Itkonen and Kivelä finally came up with a product they liked. It was a mix of oats, fava beans, and yellow peas, and the texture was firm yet chewy. Itkonen and Kivelä even thought their new meatless meat tasted better than chicken.

Pulled Oats is made of oats, fava beans and yellow peas Gold & Green

To test its popularity, Itkonen and Kivelä put their creation on sale in a few supermarkets in Finland, and right away people went nuts. The first official batch sold out at the largest department store of Helsinki in only 11 minutes. In the following weeks, customers took to Facebook in a desperate pulled oats hunt and started calling their local grocery stores to ask for it. The lucky ones who were able to get their hands on a pack stored them in their freezers and shared pictures of their haul on social media. It took a year for production to increase by 25 times the initial output.

Why did the Finns go so crazy for these oats? First, the timing was perfect: high-protein, organic, and plant-based diets were trending all over the world. There are tons of nutritional benefits, from high fiber and protein content to low fat. And oats are essential to Nordic cuisine, so pulled oats were something familiar, just in a new form. And then there’s the simplicity of the recipes. These oats are ready to eat or to add in any food, like tacos, pasta sauces, casseroles and stir-fries (pro tip: frying it quickly in a pan makes it even better). The only risk is over-cooking it, resulting in some dried grains.

Interest in these super oats has surged around the world. Oats have many EFSA and FDA-proven health benefits, including positive impacts on heart heath, digestion, and blood sugar. Pure oats are often safe for people with a celiac-disease, and the output of greenhouse gas emissions for oats is much smaller than that of beef. And unlike cattle, oats don’t require much land, so oat “factories” can produce large quantities of food in a limited space.

What else can you pull out of oats? Licorice and, perhaps surprisingly, drinks. Oat milk, cream, and yogurt are new competitors on the plant-based milk shelves. But if you want to go the more classic route, oat cookies, porridge, and granola are still excellent ways to consume oats.

Pulled Oats, the original product created by Itkonen and Kivelä, is currently only available in Finland and Sweden, but the license has been sold to ten countries, with the United States’ still under negotiation. But in their home country, folks have found a peculiar application for them. Finland’s very first Taco Bell opened in November in Helsinki with a special menu item: tacos with oat meat. Think outside the beef.