Why You Might Never Have Heard of The Köksbordet, But Should

This two-person restaurant on the Baltic in rural Skåne, Sweden, serves a relaxed but world-class tasting menu 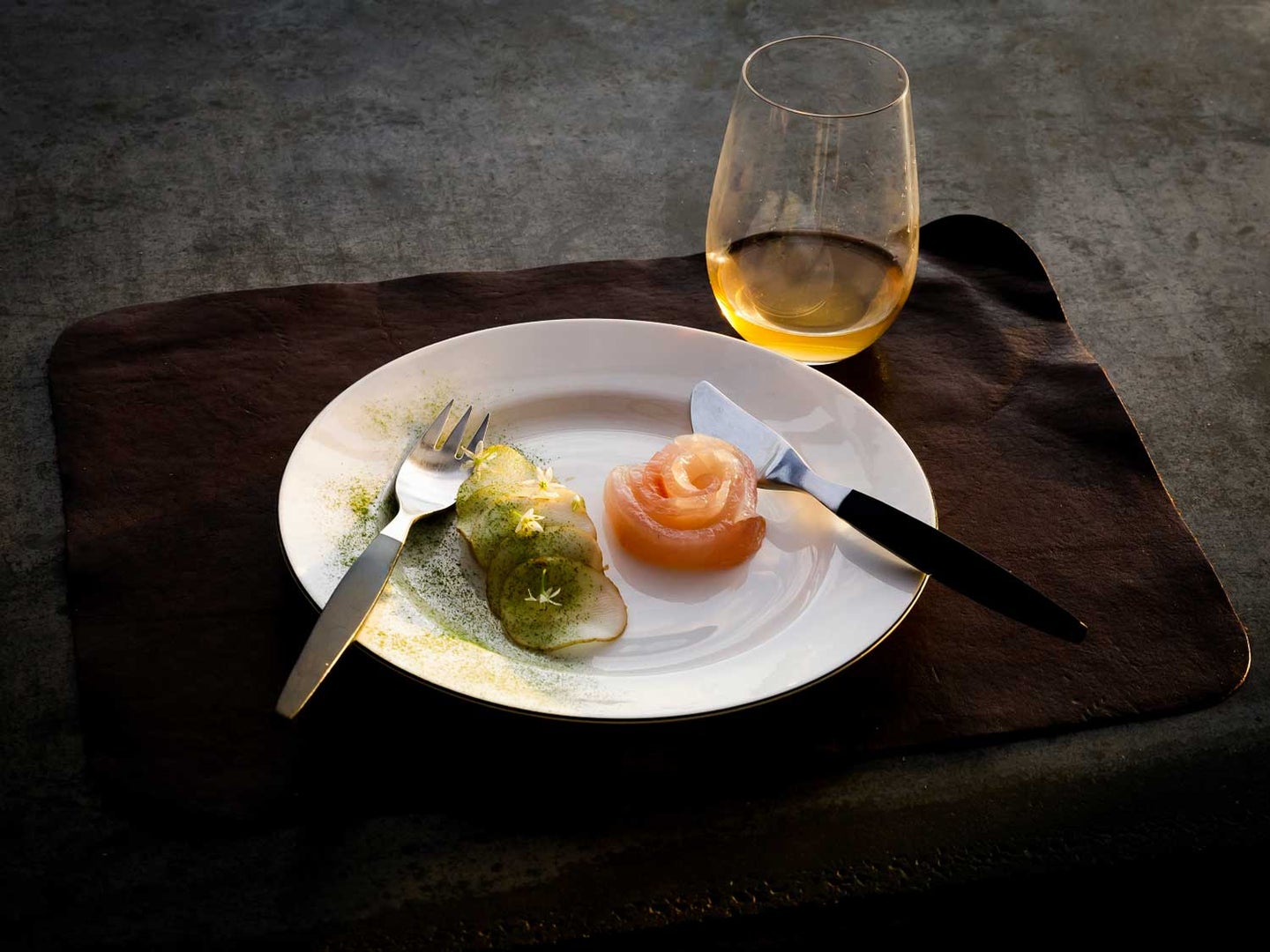 I had just parked at the Hörte Brygga with Simon Bajada, a SAVEUR contributing photographer from Sweden, when he noticed the bushes in the garden. “Sea buckthorn!” he said. “Let’s try some.” I would never have recognized the bright orange berries—or even known they were edible if I had—but Bajada lives in the country and worked as a chef in a past life, so he’s a guy who knows about Nordic delicacies. We dug in like a pair of hungry bears in a nature documentary. The flavor of the seedy berries was fascinating: bright and citrusy but with an herbal edge.

Just then a man walked out of the restaurant. Busted, I thought. But he introduced himself as Robert Hägg, the chef, and joined our little foraging party. “These three bushes are all slightly different varieties,” he explained as he sampled them. I wouldn’t know, of course—but I began to compare the berries and it was true: one was quite sweet, the middle was very tart, and the third had a richer, meatier flavor.

We were on the edge of the Baltic sea in rural Skåne, the southernmost region of Sweden, on the grounds of a serious yet casual restaurant called Hörte Brygga. In the cooler months it morphs into the Köksbordet—or Kitchen Table—where a two-person team of just a chef and a sommelier prepare a strikingly ambitious tasting menu for a single party.

Our meal began with an aperitif of pétillant natural, a bottle-fermented sparkling wine, served by Hägg’s partner, sommelier Ester Sökjer-Petersen. We sipped the cloudy, lightly effervescent white and hung out while Hägg manned a smoker on the side of the building. It occurred to me that it was Labor Day weekend back in the United States, and that hanging out by a smoker was basically what I would have been doing back there, just now I had much better wine and handmade charcuterie.

I can say confidently that I would not have experienced the flavors that came once dinner started at any backyard barbecue stateside. Bajada and I sat in the garden for the first courses, a procession of subtle flavors: cured perch, a light-colored freshwater fish, seemed to dissolve into a lightly meaty flavor. Pollock and zucchini shrouded in a butter-garlic sauce was similarly ethereal.

Even a dish of raw lamb tasted rich and fatty but not at all gamy, a magic trick of careful sourcing and fresh preparation. A dish of unripe tomato, on the other hand, was anything but subtle. Hägg prepared it with fermented tomato juice and thinly-sliced broccoli, and the effect was as if Hägg had compressed the flavor of an entire case of tomatoes into a single bowl.

Once the sun set and the garden got cold, we retreated to sit indoors for a last savory course of duck, then a parade of desserts that prominently featured the sea buckthorn from the garden. Inside, the complex and intense flavors we had been experiencing made a little more sense. The building was a curiosity cabinet of ferments and jarred liquors labeled in wax pencil, with drying herbs and curing meats hanging from the rafters.

But there were still the sounds and smells and good vibes of that Labor Day barbecue. I ended up sitting next to the restaurant’s record player, and was put to work as the D.J., selecting from their stack of vintage records (I went with Creedence Clearwater Revival). While the success of the New Nordic movement may mean the northern latitudes are packed with places to eat a multi-hour-long tasting, I would come to appreciate that Skåne is quite a bit lower-key than Copenhagen or Stockholm—the kind of place where they care just as much about ingredients and treating you to an eye-opening food experience, but where they don’t mind if you eat their sea buckthorn. To close out the meal, Sökjer-Petersen poured us a final sweet wine made from muscat grapes. “You might smell a little hash in this one,” she said, then paused. “I wouldn’t know, of course, but sommelier friends of mine have said that.”