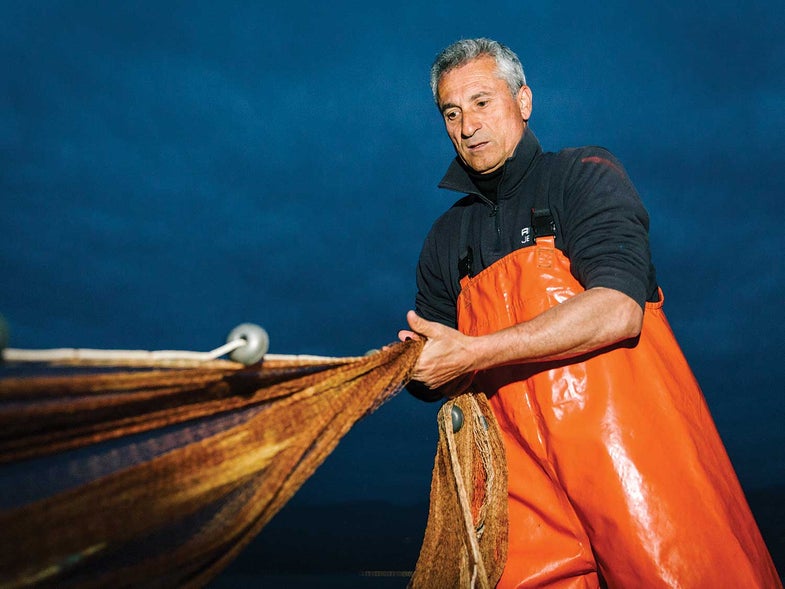 PISCIOTTA, ITALY - 21 APRIL 2018: Fisherman Vittorio Rimbaldo (56) pulls the Menaica net to fish alici di Menaica (Menaica anchovies) in Pisciotta, Italy, on April 21st 2018. Former restaurant owners Donatella Marino and her husband Vittorio Rimbaldo have spent the recent years preparing and selling salted anchovies, called alici di menaica, to a growing market thanks to a boost in visibility from the non-profit Slow Food. The ancient Menaica technique is named after the nets they use brought by the Greeks wherever they settled in the Mediterranean. Their process epitomizes the concept of slow food, and involves a nightly excursion with the special, loose nets that are built to catch only the larger swimmers. The fresh, red anchovies are immediately cleaned and brined seaside, then placed in terracotta pots in between layers of salt, to rest for three months before they're aged to perfection.While modern law requires them to use PVC containers for preserving, the government recently granted them permission to use up to 10 chestnut wood barrels for salting in the traditional manner. The barrels are “washed” in the sea for 2-3 days before they’re packed with anchovies and sea salt and set aside to cure for 90 days. The alici are then sold in round terracotta containers, evoking the traditional vessels that families once used to preserve their personal supply. Unlike conventional nets with holes of about one centimeter, the menaica, with holes of about one and half centimeters, lets smaller anchovies easily swim through. The point may be to concentrate on bigger specimens, but the net also prevents overfishing. Giovanni Cipriano
SHARE

Donatella Marino’s storefront is a few dozen diagonal yards from the marina in Pisciotta, a fishing village in the Cilento region of Italy. Directly in front of the shop, the Tyrrhenian Sea stretches westward to the horizon, and it’s in these waters that Marino’s husband, Vittorio, and about a dozen local fishermen use menaica nets to catch mature alici, or anchovies. 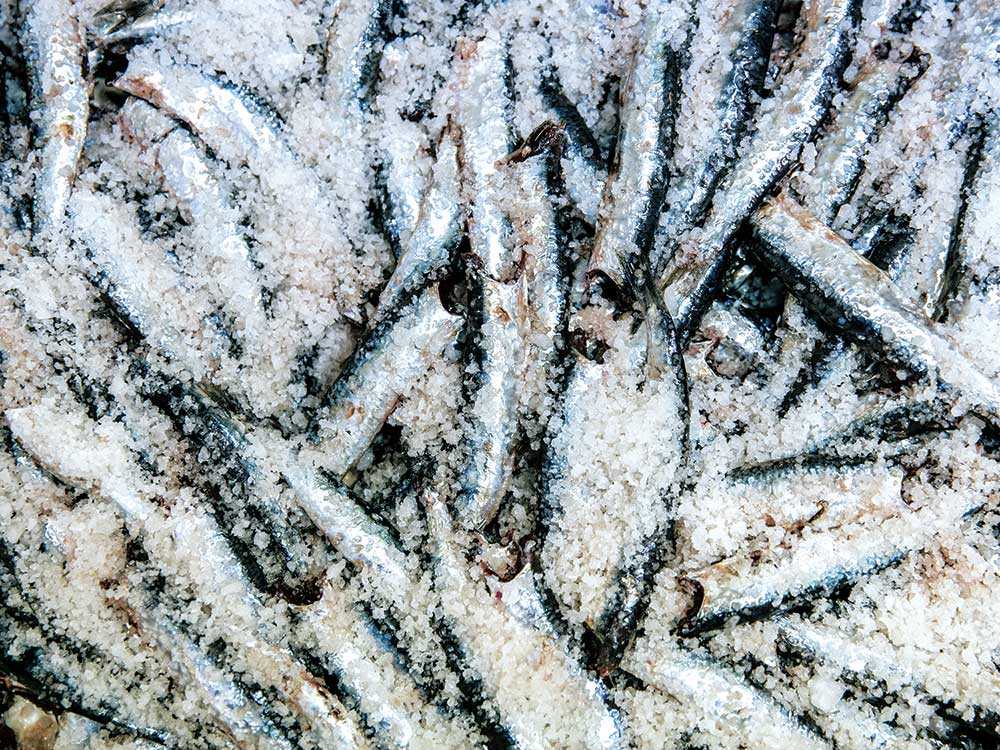 Thought to have been introduced by the ancient Greeks, the net’s design guarantees that only fish above reproductive age are caught, ensuring the survival of the species. This custom diffused throughout Italy’s western coast until the 1970s, after which the nets were largely replaced with dragnets that rake in fish of any size, including big commercial players like swordfish and tuna. The traditional nets never fully vanished, though, and the abundant anchovies of Pisciotta are still caught the old-­fashioned way, sold fresh or salted, and used in vegetable stews and pastas. 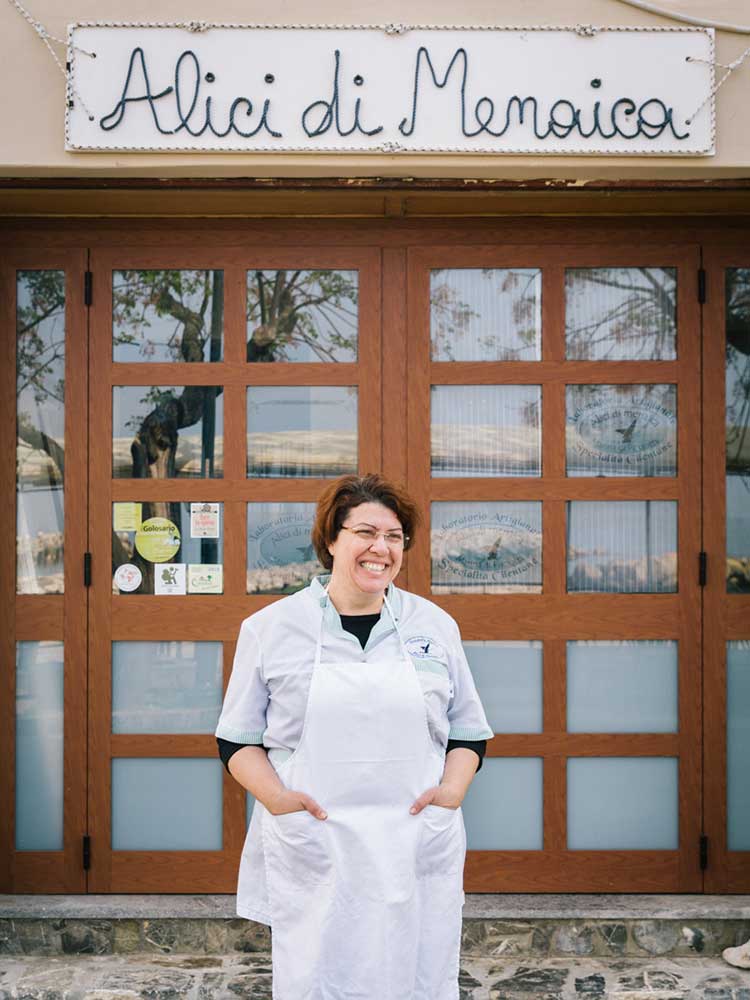 The demand for Marino’s anchovies is greater than ever

A former restaurant owner, Marino has spent her recent years preparing and selling her alici di menaica to a growing market of visitors, thanks to a boost in visibility from the nonprofit Slow Food. While the law requires her to use certified hygienic PVC containers for preserving, the government recently granted her permission to use up to 10 chestnut wood barrels for salting a portion of the fish in the traditional manner, which delivers richer and more-nuanced flavors. The barrels are “washed” in the sea for a few days before being packed with anchovies and sea salt and set aside to cure for 90 days. The cured alici are then sold in round terra-cotta containers, evoking the traditional vessels that families once used to preserve their personal supply.

The demand for Marino’s anchovies is greater than ever; the only obstacle is the European and Italian regulations, which lump in sustainable menaica fishing with ecosystem-threatening commercial fishing practices, banning their boats from going out for weeks or even months at a time. Sometimes even then, Marino’s fishermen take their chances and drop their nets anyway, all in the name of tradition.