In Colombia’s Valle de Cauca, where cane grows year-round, sugar is more than a business—it's a generational tradition 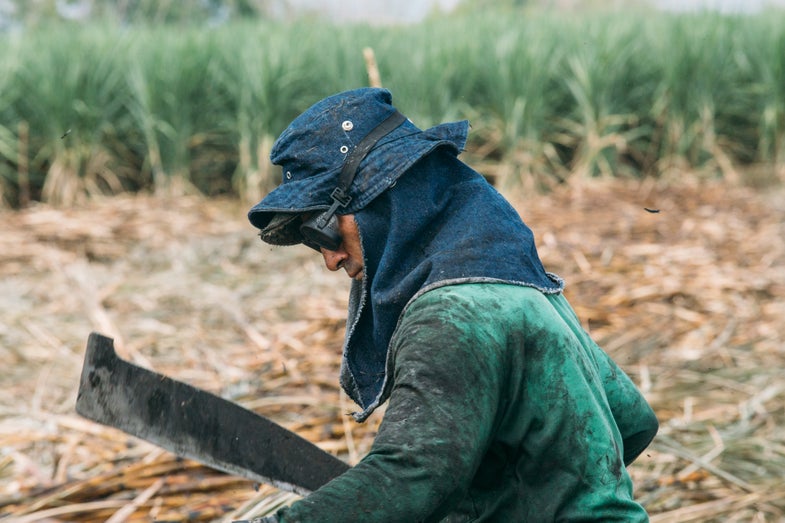 Sugarcane has been a critical crop in Colombia’s Valle de Cauca for 500 years. At this point, it’s more than agriculture—it’s the seed that’s spawned the region’s economic growth.

Back in the 1500s, the Spaniards who came to Calí made what at the time seemed like a miraculous discovery: Sugarcane, which is native to New Guinea and struggled to grow in parts of the Mediterranean, thrived in Colombia all year round. And just like that, Colombia became sugarland.

Of course, the history of sugarcane in Colombia is fraught with the problems that follow the crop everywhere it goes—forced relocation, violence, slavery, and political power struggles. Between 1946 and 1958 alone, two million Colombians were displaced due to violence and for expanding sugarcane farms.

But the industry has brought much to Colombia in terms of prosperity, and the importance of sugarcane for Colombians’ livelihoods has caused the industry and the government to intentionally keep many farms un-modernized, preserving the jobs of traditional sugarcane cutters who harvest the grass by hand.

Colombia’s oldest sugar mill is Manuelita, a company still owned by descendants of James Martin Eder, who purchased land in Valle de Cauca for sugarcane in 1864. Manuelita was the first company to modernize sugar production in Colombia, hauling enormous wooden machines by donkey 100 miles from Cartagena through jungles and over mountains.

The company remains a huge force in the region, employing thousands and processing 4.2 million tons of sugarcane per year. These photographs are of Manuelita’s sugar cane farms in the heart of Valle de Cauca, south of the mountainous city of Calí.

The sugar from Manuelita is used both for food and for ethanol production, which is part of a push to create renewable energy out of sugarcane—a move that the government hopes can increase the economic security of Colombia’s rural, post-conflict regions.

While mechanical harvests are the norm for most large sugar cane operations around the world, Colombia retains a huge workforce of skilled cane cutters that manually harvest the plant. A staggering 85% of Colombia’s sugar is still harvested by hand. The New York Times reports that farms are intentionally not modernized—industry leaders are wary of instigating mass unemployment in a region scarred by the country’s prolonged civil war.

For the parts of the field that must be harvested by hand, the fields are set on fire the night before the harvest. They burn the ground to soften the stalks and make the cane cutter’s work easier.

The next day, cane cutters wield long, wide machetes to hack at the bottom of the stalk, slice off green grassy tops, and collect the cane into large piles.

Many of the cane cutters in Valle de Cauca are part of a long generational tradition—their fathers and grandfathers were also employed in the sugar fields here. Some remember childhood sweets born of their families’ proximity to sugar cane fields, like colorful decorated lollipops made of hard-packed sugar, enjoyed on religious holidays. Their children often remain in the sugar business, though some move into companies like Maneulita as engineers and chemists.

While the region’s smaller farms are often harvested by hand, large, modernized farms like Manuelita also perform a mechanized harvest. Machines like this one swiftly cut rows of sugar cane, leaving walls of bent stalks throughout the field. Valle de Cauca is one of the only places in the world where there are no sugarcane seasons—the crop can be harvested year-round, making it one of the most prolific sugar production regions ever known.

Once the sugar is brought back to the mill, it’s processed in giant machines to sort out the cane from grass, leaves, and dirt. The first several steps of processing yield a thick, dark molasses-type product which gets refined further and further throughout several days worth of processing. The refining at Manuelita is not done by bleaching chemicals; instead they use filters and centrifuge machines, which results in a fine white sugar.

Aside from fears of unemployment, industry leaders are also concerned about global warming’s on sugar cane. Harold Eder, CEO of Maneuelita, observed that the climate in recent years has become more volatile—dry seasons are much drier and wet seasons are much more intense.

Companies like Manuelita are investing more sugarcane in the production of ethanol, since renewable energy stands to become become a growing sector for Colombia. The image above shows their modern ethanol production facility, nestled in next to the sugar refinery in Valle de Cauca. A sure sign of how the future of Colombia’s sugar business is rooted in its past.