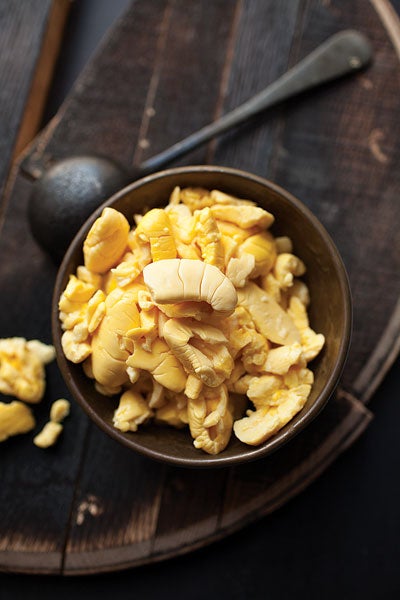 Chief among these is ackee (Blighia sapida). This West African fruit, which is poisonous until ripened, is now found throughout the Caribbean, but it is most widely consumed by Jamaicans, who prize its nutty, yellow flesh, as well as its symbolism. Historian B.W. Higman, in his book Jamaican Food (University of the West Indies Press, 2008), notes that the potentially deadly ackee was named the national fruit, in part, because it signifies the islanders' ability to change a negative into a positive. Back to Good Morning Jamaica ». Todd Coleman
SHARE

Though many ingredients in Jamaican breakfast dishes are not indigenous to the island, they’ve become so essential to the cuisine and culture that they feel wholly a part of the place.

See a guide to nine traditional Jamaican ingredients in the gallery »