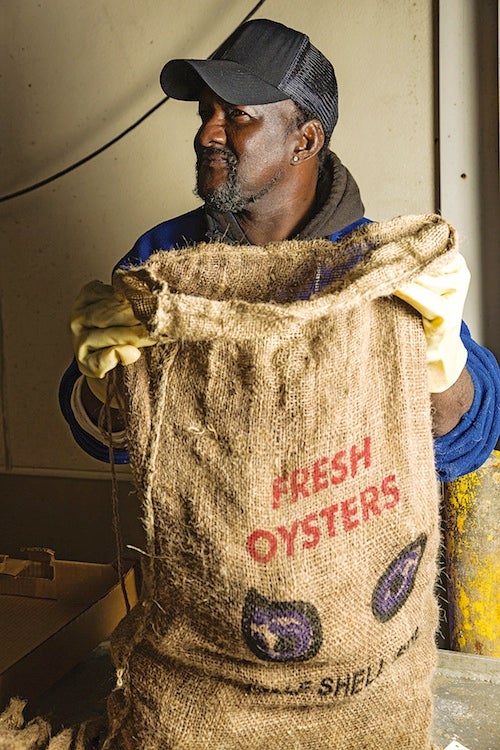 As I found out while photographing this story, New Orleans is an oyster lover’s town: They’re emblematic, hungrily sought after, and seemingly everywhere. At the raw bar at Pascal’s Manale, shucker Thomas Stewart opens them by the thousand to be eaten the Gulf way: raw on a saltine with hot sauce and horseradish. The white-tiled oyster sanctuary Casamento’s charbroils them, each shell a vessel for gurgling butter, garlic, and Parmesan cheese. At Upperline, they’re deep-fried and served atop a zesty, garlicky sauce. My oyster consumption reached a fever pitch with the Antoine’s platter known as the 2-2-2: oysters Bienville, baked in a white wine—cream sauce; Rockefeller, smothered in pureed greens; and Thermidor, with bacon and tomato sauce. New Orleans’ oyster cookery is so evolved largely due to abundance: Louisiana is a prolific oyster-producing state. (Though 2010’s Deepwater Horizon oil spill and its cleanup decimated the mollusks, populations are bouncing back.) The type in the Gulf of Mexico, Crassostrea virginica, are large, plump, mild specimens that lend themselves well to both raw and cooked preparations. Early on, the plentiful mollusks were swapped in for escargots in Creole versions of classic French dishes, and cooks kept going from there. Tenney Flynn, the co-owner and chef of the seafood restaurant GW Fins, took me to P&J Oyster Company, a supplier since 1876. At 7 a.m., brothers Al and Sal Sunseri, P&sJ’s proprietors, plied us with oysters, while Sal explained what he looks for in one. “Louisiana oystermen say they’re looking for a ‘cock’ oyster, because it has the colors, like purple and copper, you’d see on a cockleshell. Those show that the oyster’s feeding well, and everything’s salty and good—all you have to do is suck it up.”