Many raw ingredients in high-end kitchens come in absurd quantities from specialty purveyors—good luck getting your hands on the same prime rib or toro that they're serving at your favorite steakhouse or sushi counter. But you can likely stuff your pantry with the exact same dried pasta that's used at your favorite trattoria. We asked a few of our favorite chefs for their recommendations, so now it's up to your cooking and saucing to make it taste as good as they do.

How to Pick a Perfect Pasta

When he was opening Maialino, a Roman-inspired restaurant in Manhattan, Nick Anderer was determined to cook with the world's greatest dry pasta. He just wasn't sure exactly which one that was. The solution was to test every bag he could get his hands on. “We knew the sauces and shapes we wanted to serve,” he says. “It was just a matter of pairing as many different producers with them as possible.” You are probably not looking to open a trattoria in your home, but the process works just as well if you're deciding which brand to stock in your pantry.

Anderer says to start by watching how a pasta cooks, particularly when it approaches an ideal al dente texture. “Bad pastas never have a great texture. Others are a perfect al dente and then immediately fall apart,” he says. “The best pastas hold their texture for a little longer so they're easier to work with.” Then, consider how the sauce behaves when you transfer the pasta to the pan to finish the dish. A good noodle will have a sticky, starchy outer layer that encourages the sauce to emulsify and cling to the pasta. Finally, taste: “Some industrial pasta just tastes like nothing—it should taste like wheat.” 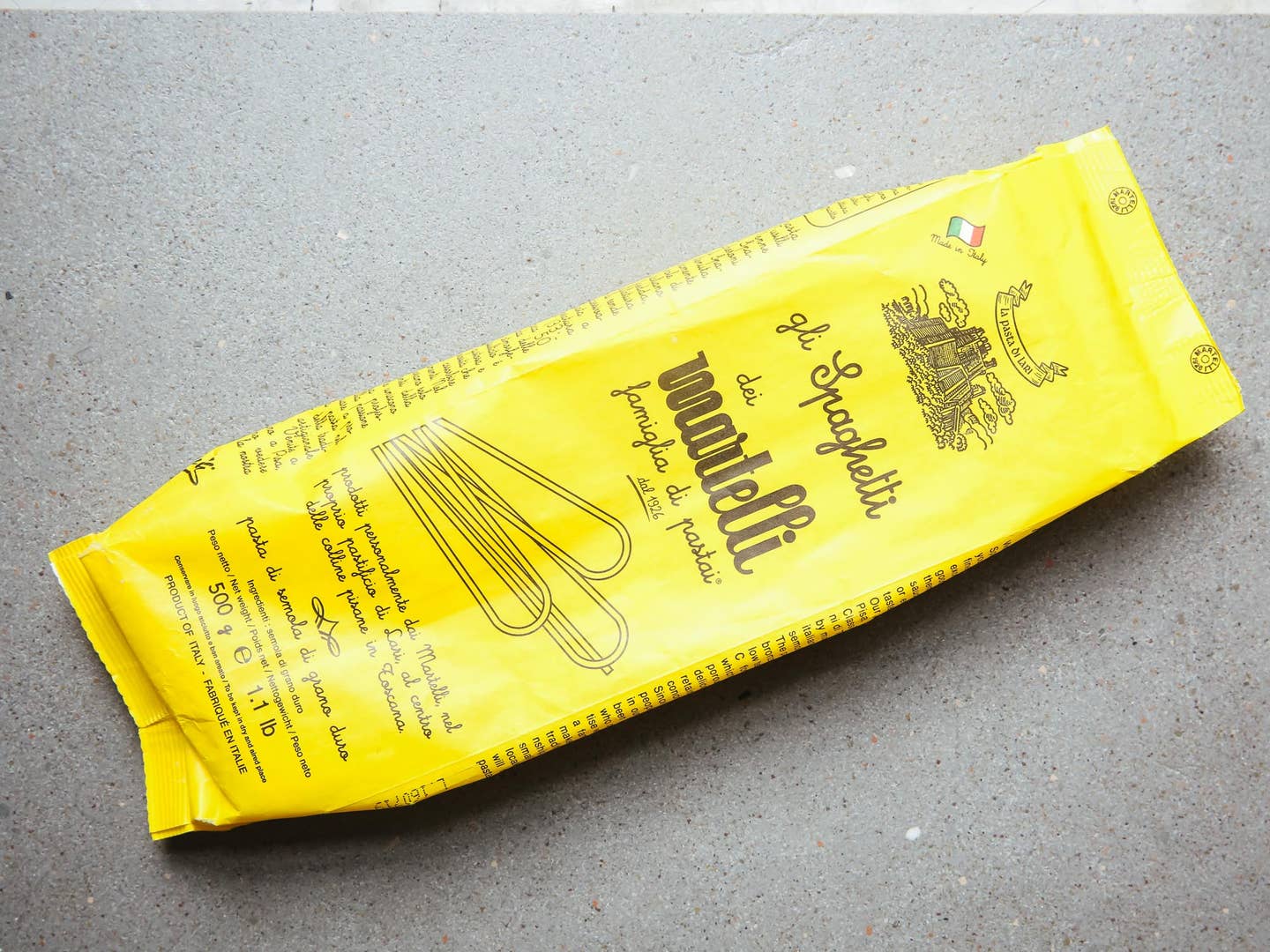 The drying phase of producing pasta secca doesn't just preserve it. It's what gives dried pasta its irreplaceable essence—if the producer is careful. Unfortunately, not every pastificio is, says Luca Martelli, whose family makes a particularly sought-after pasta (that comes in a particularly striking yellow bag). Many industrial producers speed-dry their product in ovens heated to over 260 degrees Fahrenheit. As Martelli tells it, high-temperature drying is glossy lipstick on a pasta pig. Since starches in the dough gelatinize at high temperature, it guarantees an extremely homogeneous noodle with a predictable texture. But that comes at the cost of lost flavor and elasticity. Martelli pasta is dried in small batches for 50 hours at around 100 degrees. "The dough is dried," he says, "but it's still alive." Our informal testing bears this out. If that yellow bag wasn't enough, superior taste and texture are great reasons to spring for the good stuff.

Most Italian dry pasta is made from imported wheat, but better brands use homegrown. Massimo Mancini takes that a step further: His factory in Le Marche is in the middle of his wheat fields, and he directs the process from start to finish. According to Nick Anderer, the control-freak approach gets results. 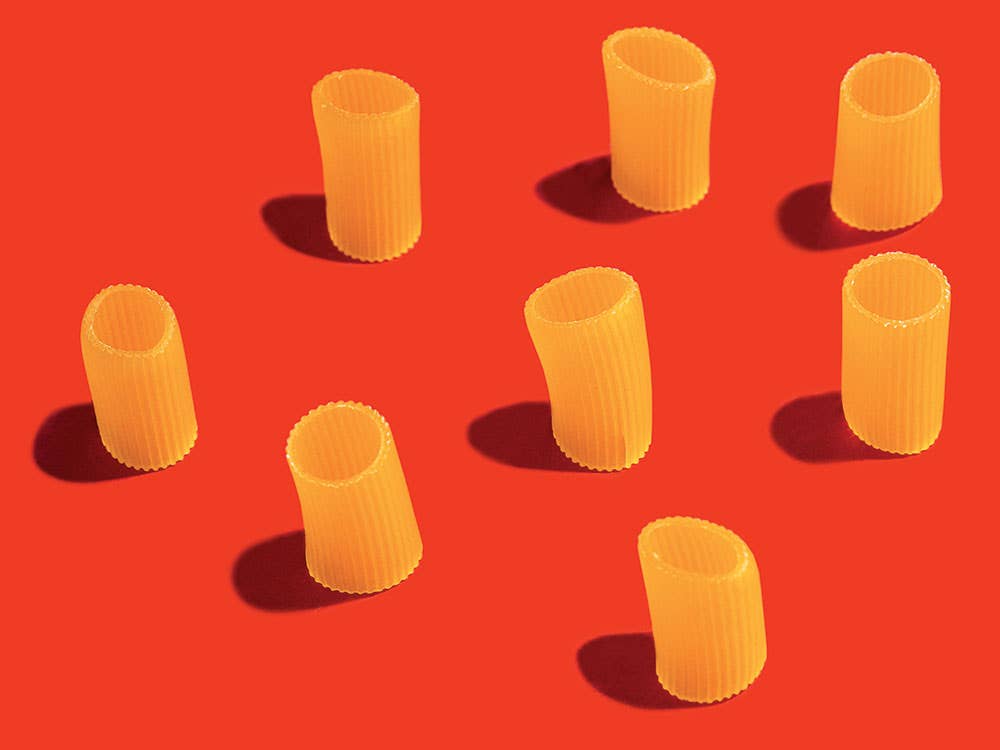 "It's a glory time for dried pasta," says Andrew Carmellini, chef-owner of Locanda Verde, Bar Primi, and Leuca in New York. "We're huge fans of Rustichella d'Abruzzo, particularly the spaghetti. The texture on the outside from their bronze dies really grabs the sauce." Melissa Rodriguez of schmancy Manhattan Italian spot Del Posto relies on Rustichella d'Abruzzo's corn pasta for gluten-free versions of her sea urchin spaghetti, among others. "A lot of gluten-free pasta gets slimy or mealy," she says. "This one holds a really nice texture."