5 Great Ways to Cook With Banana Leaves, the Sweet and Grassy Wrappers Beloved Around the World

Wrap up tamales, make edible steamer baskets, line braising pans, and even use them as plates—banana leaves do it all 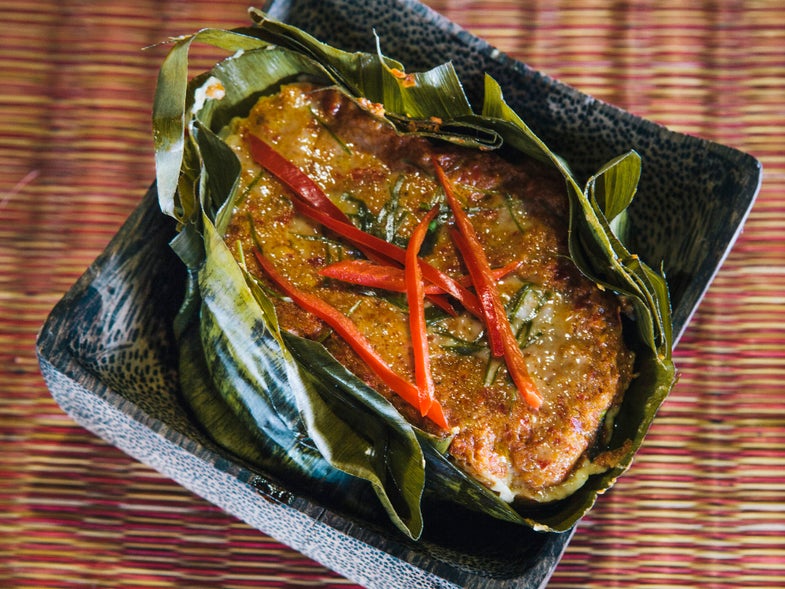 In this easy dinner preparation, delicate white fish is drowned in an intoxicating coconut custard which is then steamed in a water bath until just set. Christopher Wise
SHARE

Bananas are one of the great pan-equatorial foodstuffs. Originating in Southeast Asia, bananas and plantains have become staple fruits and starches for tropical cuisines the world around. Yet the leathery-skinned berries (yes, bananas are berries!) are not the only part of the banana plant with a place on the global table. The enormous leaves have culinary uses just about everywhere they grow, from the Indian Subcontinent to Puerto Rico, Central Africa and Thailand. And if you’re not using them, now’s a good time to start.

Much like the hearty fruit, waxy banana leaves are shipped globally and widely used. They are easily available frozen outside of their native regions; the packaged leaves come cut into wide strips or squares and then packed into large envelopes before freezing. When thawed, they retain their moist and flexible texture and grassy-sweet aroma that make them such a popular cooking ingredient. The leaves are not typically consumed whole, but rather they are used as a natural wrapping for cooking foods, as plate liners, or as a flavoring.

A 1-pound frozen package will run you only about $3 or $4 at most South or Southeast Asian, Latin, or African markets, and there’s heaps to be done with them, so grab a whole stack. (You can also get them online easily.)

Bring back their glossy sheen and soften them by passing them lightly over the low flame of a gas burner, or by spreading them out on cookie sheets and warming for a 6-8 minutes in a 200° oven. After that, pick your favorite tropical destination and jump on into the world of international banana leaf cookery. 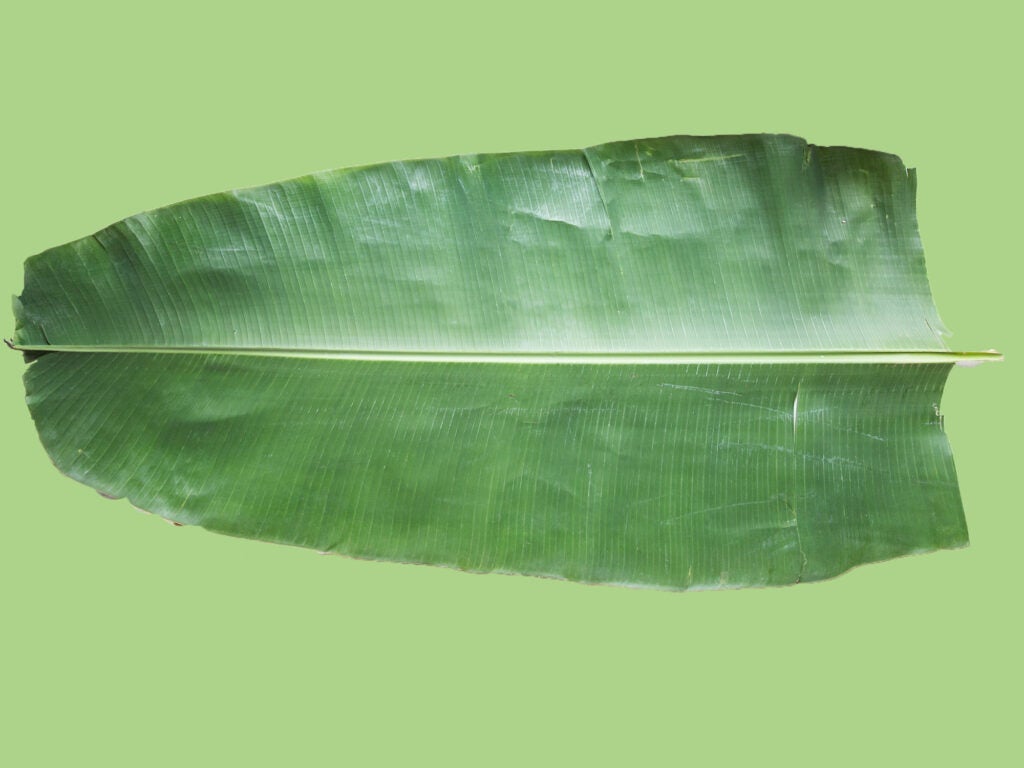 While we at SAVEUR are all absolute fanatics when it comes to classic corn-on-corn tamales, sometimes I have a taste for a greener version. Tropical areas of Mexico and Guatemala wrap their masa-based tamales in banana leaves instead of corn husks before steaming them, while the Garifuna people of Belize, Guatemala, Honduras, and Nicaragua enjoy sweet green banana tamales called darasa. The banana adds a nice green funky sweetness to the corn that corn husks can’t match.

Another tamale-like application: One of the most popular holiday dishes in Puerto Rico is a tamale-like snack called the pastele. This tidy package consists of a taro and green banana dough seasoned with fruit, vegetables, salty pork and aromatics which is then wrapped in banana leaves and boiled. 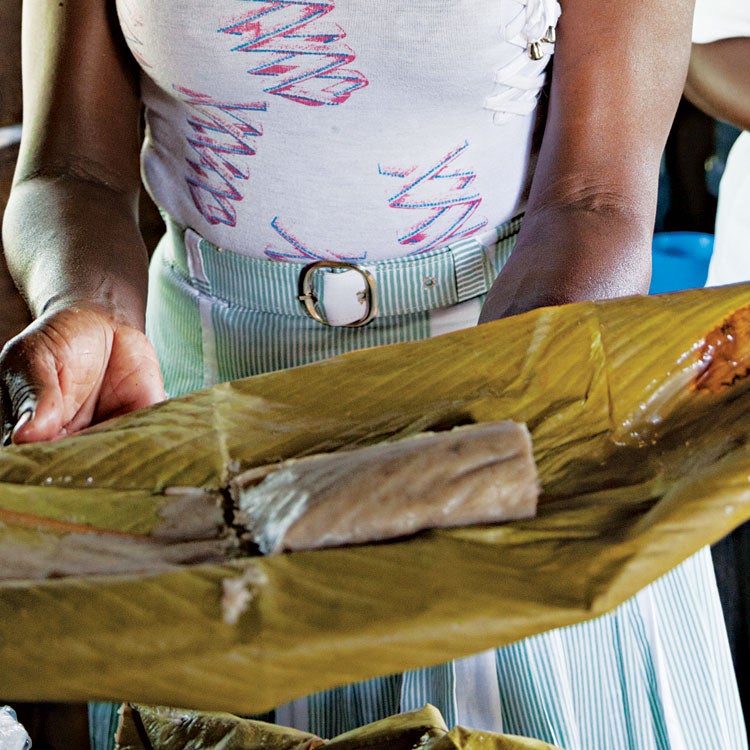 Andrea Nguyen makes a steamed banana and sticky rice pudding in banana leaves, and in China, both sweet and savory sticky rice dumplings called zongzi, are wrapped in banana, bamboo, or lotus leaves before steaming.

And in Camaroon, a tamale-like snack called koki, made of mashed black eyed peas, spinach, aromatics, and scotch bonnet peppers is steamed in banana leaves. 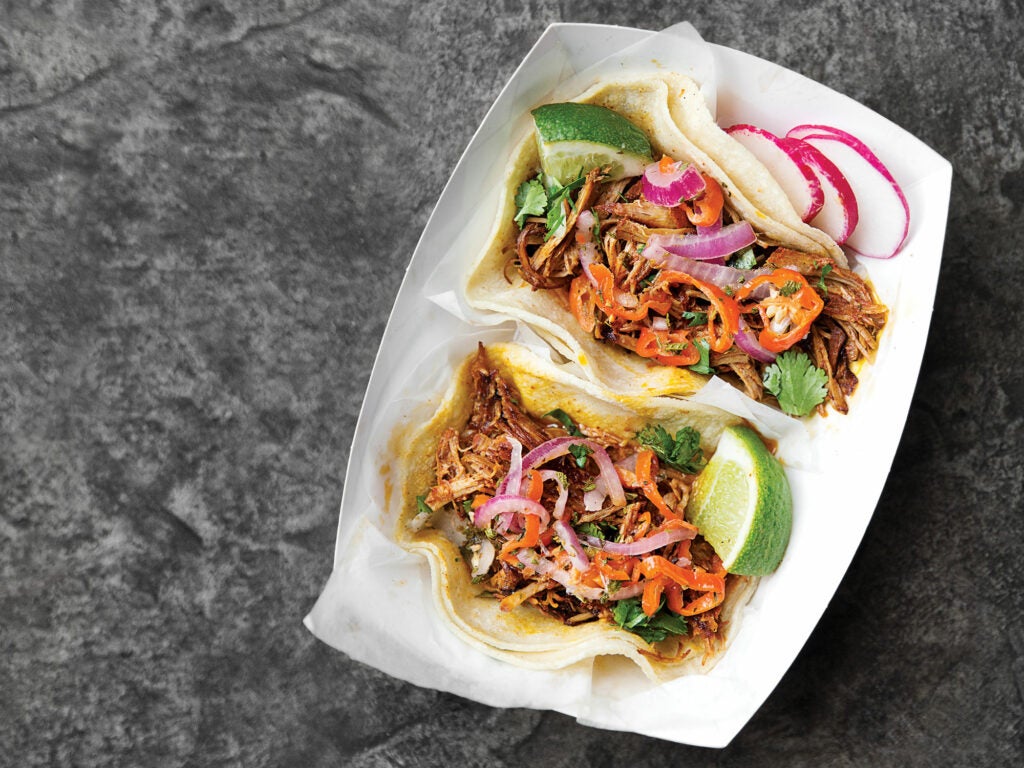 2) Braise or Steam Meats and Fish

Yucatan-style pork is traditionally prepared by wrapping meat and seasonings in banana leaves before slow-roasting in a hole in the ground filled with hot stones. For a more modern approach, drop the bundle in a heavy pot to cook on the stove; the banana leaves impart a cool, dewy note to the bright, spicy braise. 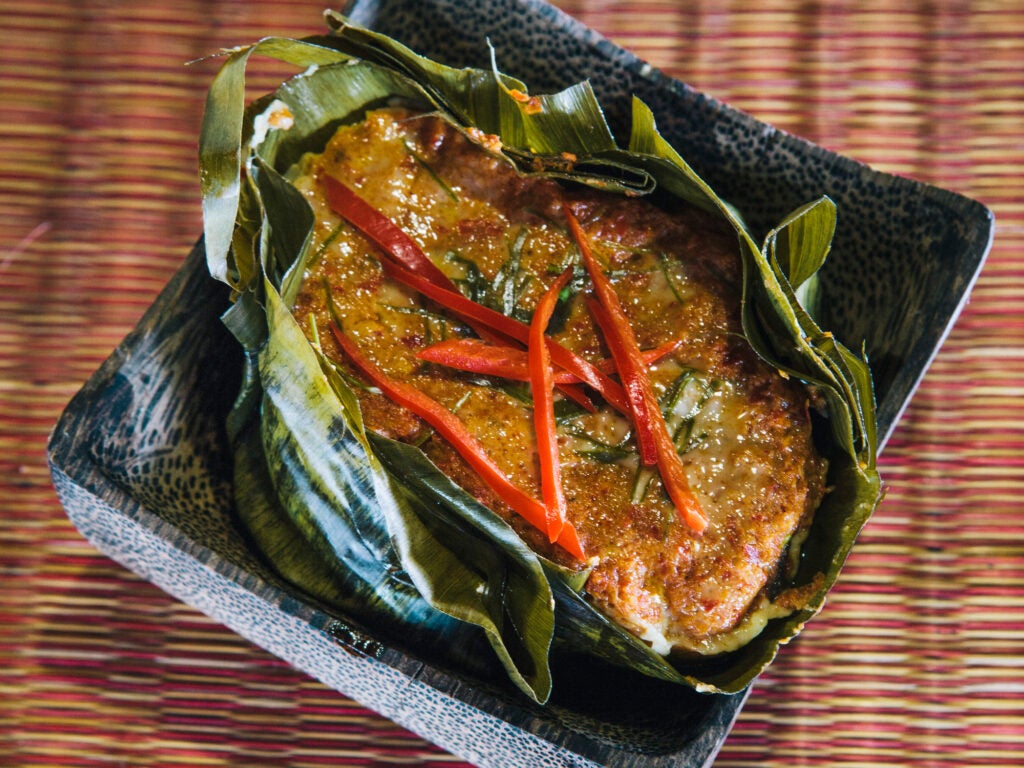 In this easy dinner preparation, delicate white fish is drowned in an intoxicating coconut custard which is then steamed in a water bath until just set.

On the sweet side, these soothing Thai banana custards are a refreshing way to close a spicy meal, and the addition of banana leaves to the ramekins adds a pop of color and a palmy green flavor that keeps the mellow sweet pudding a little bit quirky. 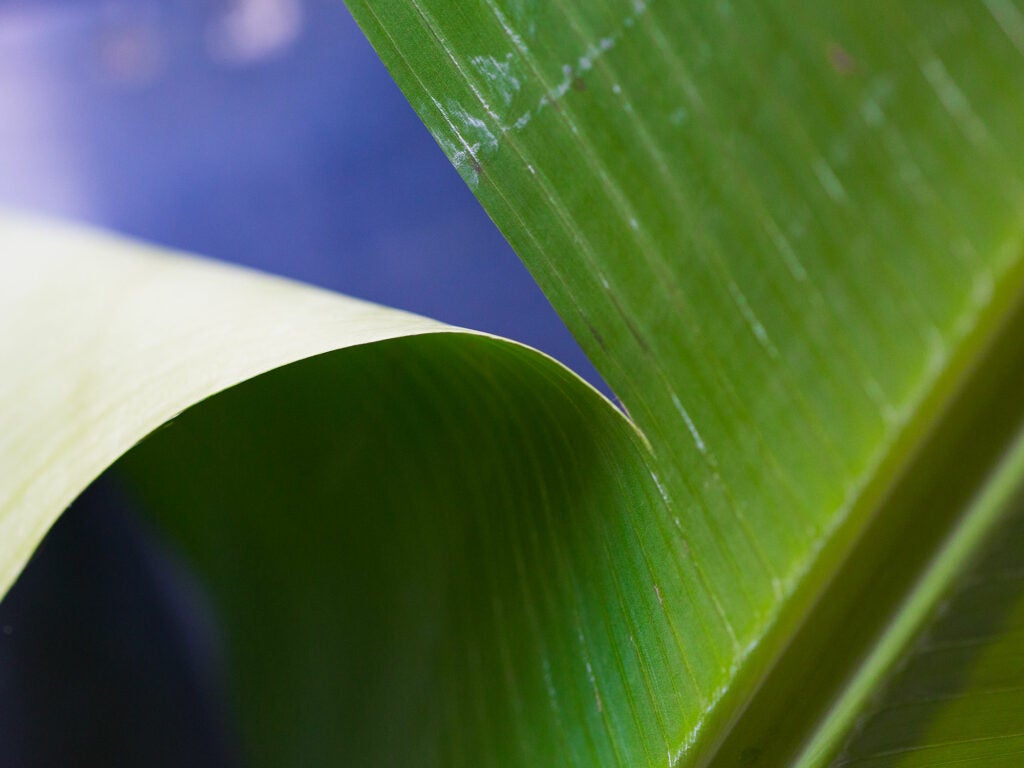 4) Funk Up Your Farce

Thai street food vendors often ferment garlicky pork sausage in banana leaves. The parcels are heated over an open flame, and then served with sticky rice and chiles. Chef Andy Ricker of Pok Pok serves the freaky and addictive dish at his both his Brooklyn and Portland Pok Pok restaurants.

Banana leaves don’t just make handy ingredients; across South India and Southeast Asia, they’re used as serving platters, place settings, and even linings for formal tables. To brighten your own dinner table, check your florist for fresh banana or plantain leaves. If you plan to serve food directly on the leaves, look for organic leaves and wash them gently before using.