Tart berries and sweet fortified wine balance the richness of this rich and meaty main. 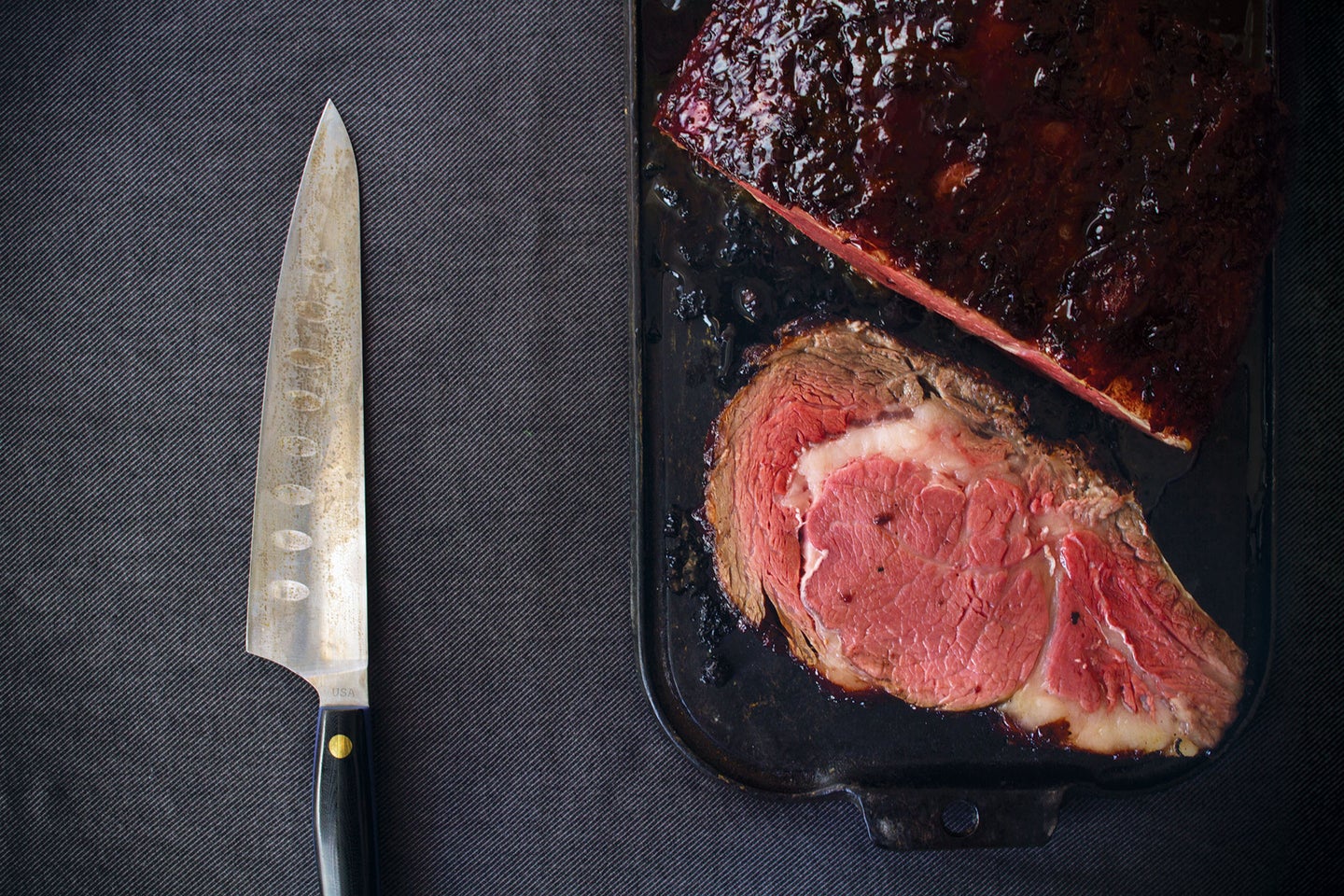 This crowd-pleasing glazed rib roast was inspired by former SAVEUR Test Kitchen director Kellie Evans’ days as a film and television caterer—a job that required feeding many hungry people. For more of our very best Christmas dinners, check out all of our recipes here.

Featured in: “This Christmas, Consider the Cow.”

A giant slab of perfectly roasted beef looks incredibly appetizing on its own, so don’t worry about cleaning and exposing (known as frenching) the bones. The fat that remains will help keep the meat moist.
Yield: serves 6-8
Time: 2 hours, 30 minutes