This Christmas, Consider the Cow

Pick a cut, any cut. Then gussy that beef up! 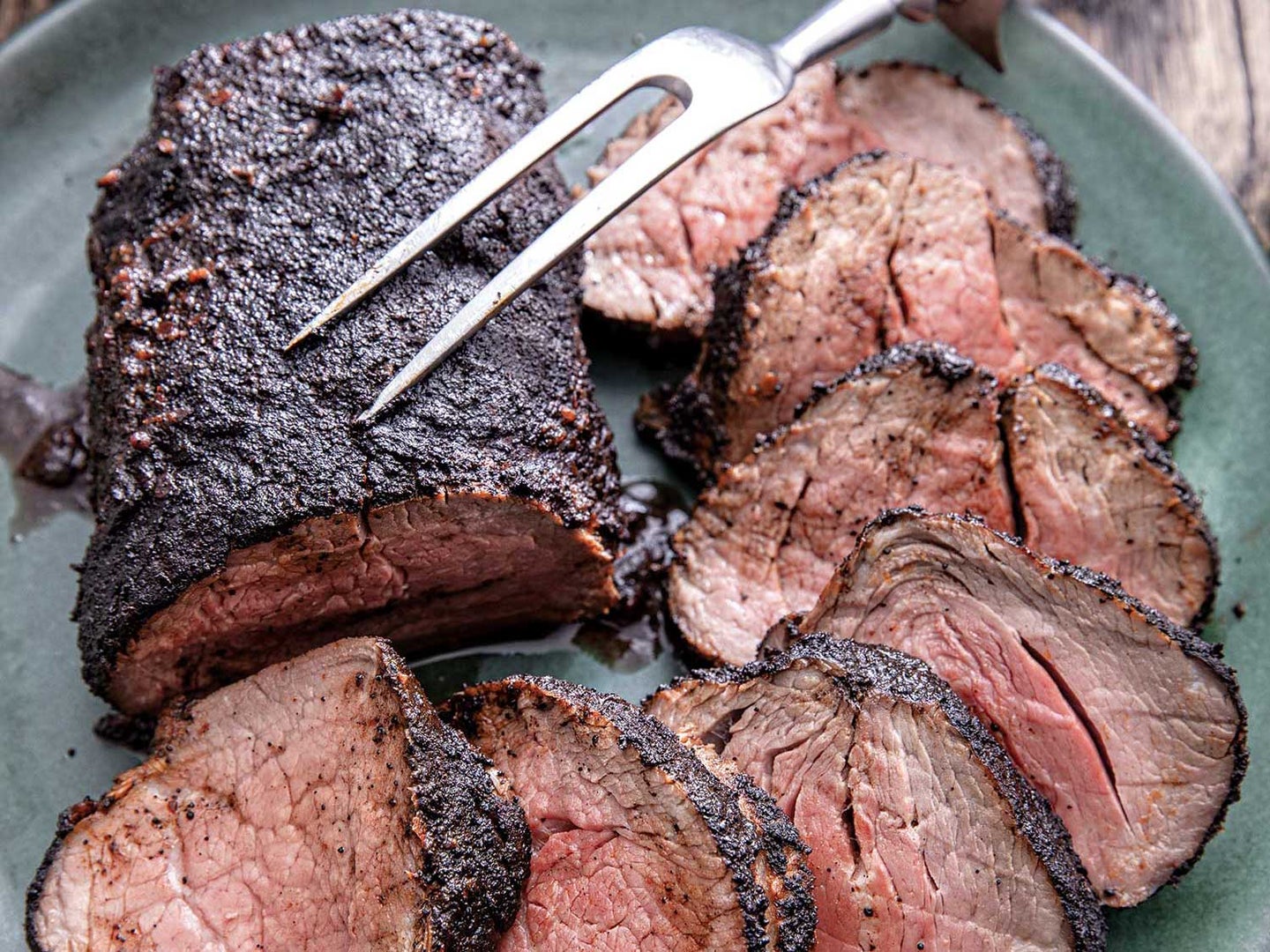 There are some prescribed, must-have proteins you come to expect for the big meals: a glazed Easter ham, a bronzed Thanksgiving turkey. But during the winter holidays—especially this one, when nothing has been business-as-usual—there’s plenty of wiggle room to try something different. Now’s the time to experiment and have a little fun in the kitchen. Why not go all in with the meat? Like, real meat. Think bone-in porterhouse steaks, hard-seared and thinly sliced like they do in Italy. A juicy tenderloin, coated in a Tex-Mex blend of chiles, coffee grounds, and cocoa powder. Even well-marbled chuck makes for a fabulous rendang perfumed with lemongrass and coconut milk. Rare, medium, or well done, beef is one of the best blank canvases for all kinds of flavors, across multiple cultures. Try something unexpected this year; that’s how classics become classics. And don’t hold back. It’s the holidays, after all. As Julia Child once said, “The only time to eat diet food is while you’re waiting for the steak to cook.”

One Christmas morning in the mid-1990s, chef Robert Del Grande spilled coffee grounds all over the cutting board he was about to use to prep some beef filets for the evening’s meal—and decided to just go with it. “He thought back on a conversation he’d once had with a friend about the meaty quality of coffee,” wrote former Saveur editor Margo True in a November 2006 story about Del Grande’s Cafe Annie in Houston. “In a second, he was rolling the filets in the coffee. The ground beans formed a rich, unctuous crust—and the beef became his most copied entree.” Today the place is called the Annie Cafe & Bar, but Del Grande remains its executive chef, and coffee-crusted beef is still on the menu.

“Working with beef requires adherence to certain protein cookery pillars,” says Kellie Evans, who worked at Saveur from 2011 to 2015 and contributed this rib roast recipe. “In other words, don’t mess it up.” Here’s a quick refresher:

James Oseland first tasted Beef Rendang as a 19-year-old American backpacking through Indonesia in the early 1980s. Thirty-one years later, as editor-in-chief of this magazine, he recalled those first few bites of the thick, slow-cooked stew in an essay for the May 2013 issue: “The glistening meat, fall-apart tender, was coated with a thick sauce of such complexity that I was at first taken aback—and, a moment later, smitten.” A specialty of the Indonesian province of West Sumatra, the dish involves ever-so-slowly cooking beef (water buffalo, traditionally, but cubed chuck works just fine) in a coconut-milk sauce before searing. Oseland, who lived in West Sumatra for a year in the late ’90s, learned to make the dish from a home cook there named Ibu Rohati. “She was so proud,” he recalls. “We had such a joyous time in her deliciously aromatic kitchen that day.”

Back in March 2015, Saveur ran a story titled “A Roasty, Toasty, Creamy, Meaty, Crowd-Pleasing Late-Winter Feast.” It delivered on that promise, with this recipe covering the “roasty” and “meaty” parts, while also doing plenty of “crowd-pleasing.” Inspired by then test-kitchen director Kellie Evans’ days working as a film and television caterer—a job that required feeding a lot of hungry people. “Imagine making four full 16-pound roasts at a time in a mobile kitchen!” said Evans, who made this dramatic dish for her family last Christmas.

“I remember being really happy the day Melissa Hamilton (Saveur’s food editor), and Julia Lee (then test-kitchen director) were making my grandmother’s brisket in the test kitchen,” says former Saveur staffer Kelly Alexander. “The whole staff loved it and chowed down. I was hoping for leftovers, but there were none.” The resulting recipe, and Alexander’s feature about the iconic braise that helped define her identity as a Southern Jew, appeared in our April 2004 issue. And though her grandmother Lil Patcher passed away four years later, the brisket lives on. “Every year on Jewish holidays I still get emails from Saveur subscribers about how it’s become a family staple for them too,” says Alexander, now a food anthropologist at Duke University. “When people make this recipe, they pay my mema the best kind of respect.”