Over the past three centuries, the public's thirst for punch has waxed and waned along with fashions, but the appearance of the vessel in which the drink is served has barely budged. Wide, deep, and invariably paired with a decorative ladle, the punch bowl remains an enduring design icon and has been a part of well-stocked households since at least 1682, when John Winthrop, the first governor of the Massachusetts Bay colony, made note of their being for sale in his hometown, Boston.

In Winthrop's time, punch bowls were most commonly ceramic, crafted from 18th-century Chinese export porcelain in five traditional sizes, which ranged from less than a quart's capacity to one of several gallons. The accompanying ladles were long, for deep dipping, as they are today, with upward-turning stems. As the popularity of punch expanded westward into Europe and North America from Indian ports, the bowls became standard in homes and local drinking establishments. In fact, tax inventories dating from the period indicate that taverns possessed practically equal numbers of punch bowls and benches. Even Benjamin Franklin was inspired to pay homage to the punch-drinking ritual in a small poem:

_Boy, bring a bowl of China here,
Fill it with water cool and clear:
Decanter with Jamaica right
And spoon of silver, clean and bright.
Sugar twice-fin'd in piece cut,
Kni[f]e, sieve and glass in order put,
Bring forth the fragrant fruit and then
We're happy till the clock strikes ten.
_

In the late 17th and early 18th centuries, as trade routes proliferated and more-diverse resources became available to craftsman, the supply of materials from which punch bowls were constructed began to broaden. Wealthy families commissioned silversmiths to create bowls decorated with intricate designs and ladles with handles made from whalebone or wood. In colonial America, a punch bowl could be a powerful status symbol, the size of the bowl correlating to a family's status and place in society. One of the most famous specimens from that period was a silver punch bowl made by Paul Revere in 1767 to honor the "Glorious 92"; to this day it is enshrined in the Museum of Fine Arts, Boston.

By the later part of the 18th century, inexpensive glass punch bowls had replaced costly ceramic ones, but it was not until the early 19th century that a major shift occurred: increased accessibility to mechanically harvested ice hastened the invention of the first true "cocktail", and for the first time ever, alcoholic drinks began to be served from a single glass.

Still, although we love our cocktails and despite changing tastes, we're glad that the punch bowl survives—on bridal registries, at cookouts, at galas—and hope that it will continue to occupy pride of place at our bar as long as punch remains a beloved component of our party repertoire. 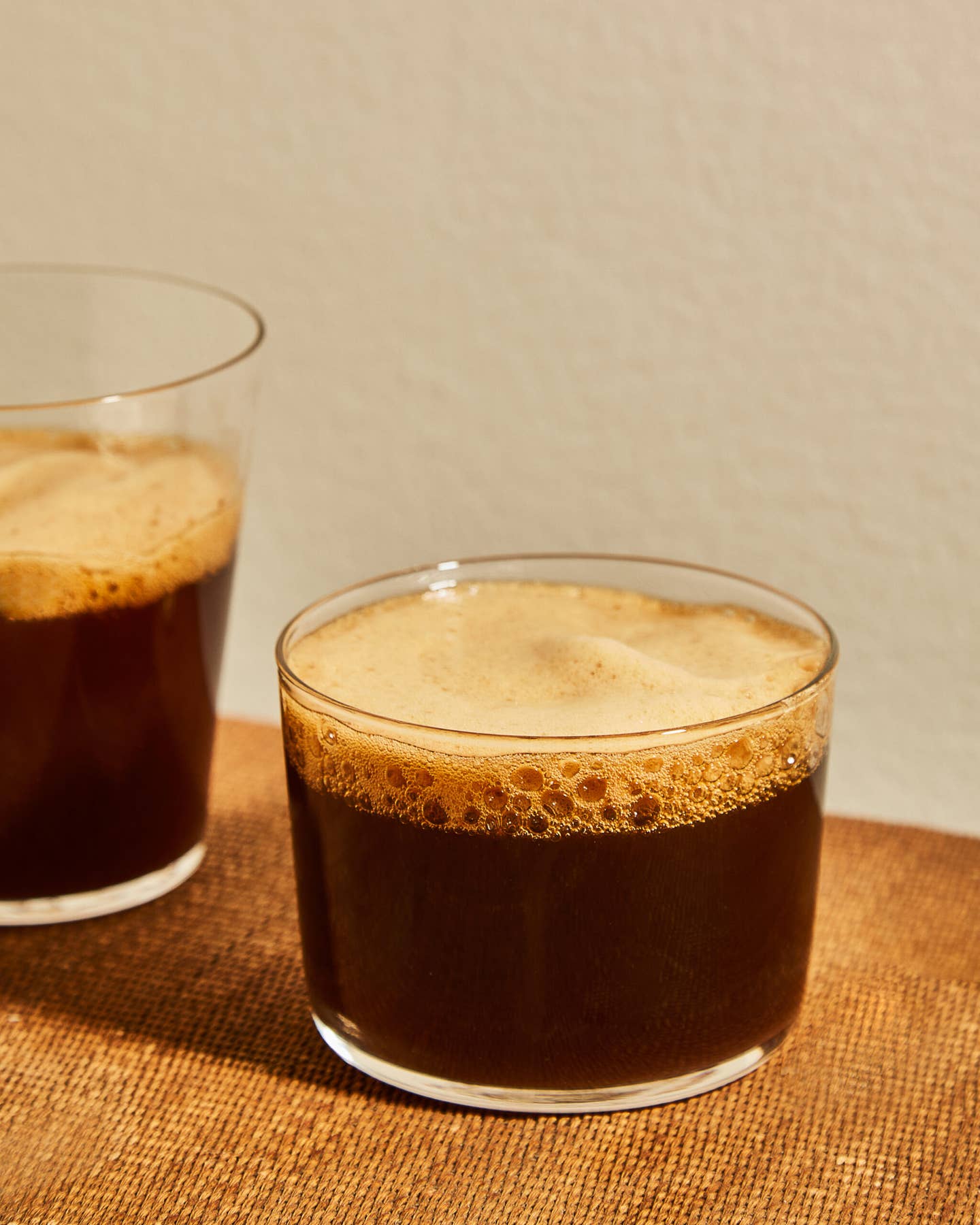