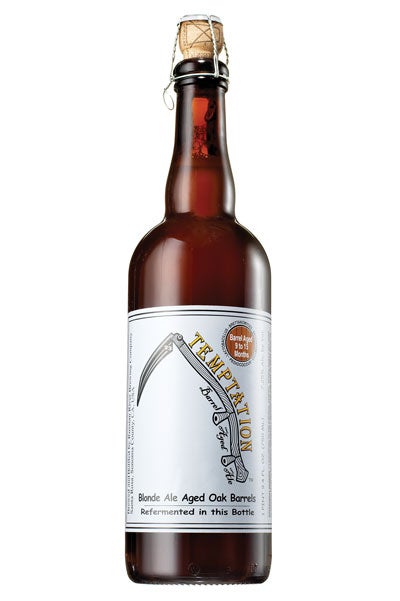 I first tasted Temptation a few years ago and was blown away by this blond, barrel-aged sour ale. I’d sampled a lot of American craft beers, but this one was different. It was full of bright acidity but had a big, round finish like a fine white wine and a funky, fruity taste that reminded me of a naturally fermented Belgian lambic. Later I found out that the Russian River Brewing Company, in Santa Rosa, California, ages the ale in used chardonnay barrels with a yeast called Brettanomyces, which helps give the brew its unique flavor. It’s not a beer you just throw back; swirl it around, smell it, and take the whole thing in. I like to sip it from a goblet alongside a piece of good goat cheese. —Benjamin B. Orphan Eksouzian, San Leandro, California