We get dozens of cookbooks each week at SAVEUR, and every month we share our favorite new releases—books that, through one avenue of greatness or another, have earned a place on our over-stuffed shelves. With their classic Jewish staples, fragrant, luscious Middle Eastern spices, and delicate, puffy French soufflés, these books motivate us to get into the kitchen and push our cooking to new heights. 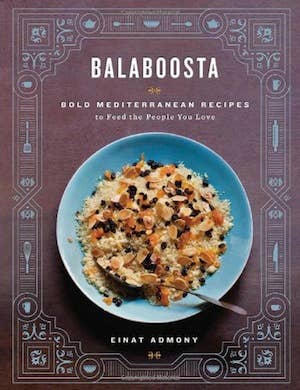 by Einat Admony
There's no scarcity of places to eat in Nolita, the New York neighborhood where Einat Admony opened her Mediterranean-Middle Eastern-Israeli restaurant Balaboosta. But of all the options on hand, her spot may be my favorite. The clean, bright flavors are comforting and fresh, and I've been wildly jealous of her deft touch with spices and herbs in both classic and unexpected preparations. With Admony's first cookbook, named for the restaurant (it's a Yiddish word that roughly translates to "a perfect housewife"), I can adopt her knowledge and palate as my own. It's beautifully photographed and cleverly arranged into thematic chapters—romantic dinners a deux, dishes best eaten outdoors, kid-friendly food, and the like—a gorgeously cookable take on the kind of simple, sophisticated, intensely flavorful food I find myself always wanting to eat. So I'll go into the kitchen to make lamb chops with Persian lime sauce, mussels cooked in ouzo, and Moroccan-spiced carrots, but the book is also worth a read away from the stove: Admony weaves her own stories throughout, in headnotes and sidebars, painting a vivid picture of herself, her family, and the value of her food beyond the plate. —Helen Rosner 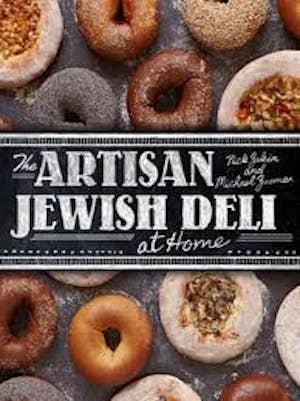 by Nick Zukin and Michael Zusman

Nick Zukin and Michael Zusman's new cookbook is so mouthwatering it will have you hotfooting it to Katz's for a pumpernickel bagel—or feverishly trying to create your own mini deli at home. Ever wondered how to make the perfect deli-style Rueben sandwich, complete with homemade pastrami, or authentic bagels with garlic and herb schmear? The Artisan Jewish Deli at Home will show you, interspersing lucid instructions with nuggets of historical detail. Recipes range from traditional fare handed down family trees for generations, such as matzo ball soup and salty, herbal gravlax, to modern, hybrid dishes that reflect the assimilation undergone by many Jews over the course of the 20th century. The Challah sticky buns, for instance, are as American as they are Jewish, oozing maple syrup and enveloping whatever room they are baked in with an intoxicating cinnamon scent. The Artisan Jewish Deli at Home is family food at its best, with every recipe bearing the mark of the complex communities that created it. It's a book I'll be leafing through again and again. —Leaf Arbuthnot 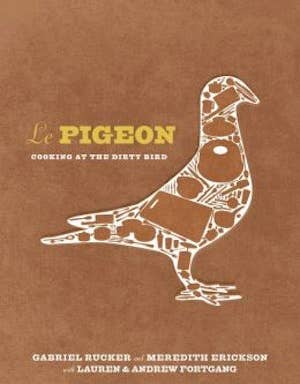 by Gabriel Rucker, Meredith Erickson, Lauren Fortgang, and Andrew Fortgang
Cooking from Gabriel Rucker's book is a bit like having Le Pigeon's kitchen in my own home. Sure, I don't cook nearly as well as Rucker does—and probably never will—but the magic behind Le Pigeon: Cooking At The Dirty Bird is that it makes me feel like I do. With a little effort and determination, I've put out deliciously decadent dishes such as escargots with bone marrow butter, parisian gnocchi, and anchovy-larded swordfish with fingerling potatoes and rosemary aioli. But you know a cookbook has really made its way to your heart when a recipe becomes one of your new comfort foods: Now, after a rough day, I crawl into bed with a glass of wine and one of Le Pigeon's succulent bone marrow and caramelized onion sandwiches. _—Dominique Lemoine 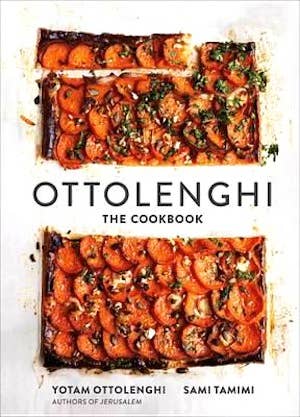 by Yotam Ottolenghi and Samim Tamimi

Yotam Ottolenghi has a distinct style when it comes to creating cookbooks: Off-center images of lush spreads are juxtaposed with endearing anecdotes and thoughtful recipes. Each page is carefully crafted to flow into the next, leaving the reader with an organized stack of recipes one can't wait to recreate in the home kitchen. The pages of Ottolenghi: The Cookbook, Yotam and Samim's first book now released for the first time in the U.S., are ripe with Middle Eastern ingredients—tangy pomegranate molasses, fragrant rose water, earthy sumac, creamy tahini—lending their flavors to fresh salads, comforting roasted vegetables, and elegant dishes of poultry, fish, and lamb. But what I really love about the book is its ability to push even experienced home cooks outside of their comfort zones. Flavors are paired in novel ways—crispy cucumber and poppy seeds form a sharp and sweet salad, while nutty pearled barley mingles with preserved lemon as a topping for mushrooms. One-third of the book is dedicated exclusively to baked goods usually left to professionals: Ottolenghi encourages readers to try their hand at delicate macarons, elaborate layered cakes, and airy meringues—a gentle push for both our palates and our skills. —Khushbu Shah 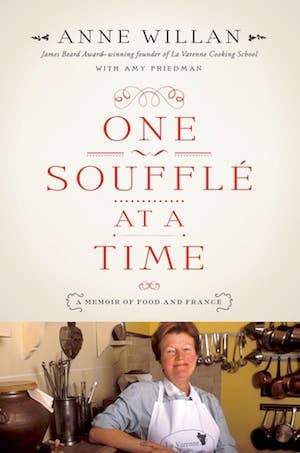 One Soufflé At A TimeSHOP NOW

by Anne Willan and Amy Friedman

This book made me wish I had gone to Anne Willan's La Varenne school instead of the uptight culinary institute I attended—the one that won't be named here and did much in the way of cultivating anxieties around closed oven doors. Only until I read Anne Willan and Amy Friedman's One Soufflé At A Time did my concern over perfectly puffy soufflés, flaky tarts, and colorless omelettes baveuses dissipate. More of a memoir inundated with easy-to-follow recipes for classic French foods than a regular cookbook, the book reinforces what I've suspected all along: Storytelling is the best way to teach. Woven into the story of how she managed to build a culinary school in Paris, Willan shares anecdotes from her interactions with Julia Child, who was a classmate at Le Cordon Bleu—making even one of the most legendary figures in cooking seem like an old friend. Somehow she does the same with food. Now, whether I'm making treacle tart or gratin dauphinois, I can relax before and after by reading a chapter from Willan's life—and the lack of apprehension during preparation shines through in the delightful results. —Zainab Shah