We get dozens of cookbooks each week at SAVEUR, and every month we share our favorite new releases—books that, through one avenue of greatness or another, have earned a place on our over-stuffed shelves. This month, we discovered recipes for fuss-free baking, simple, seasonal meals, and creative ideas for cooking with nuts. We also dug a little deeper with books on the relationship between food and humanity—and the socioeconomic implications behind your favorite Sunday meal. 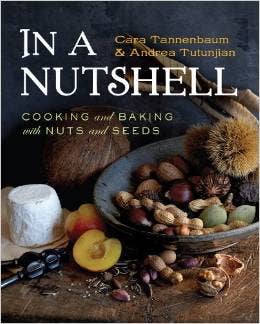 In a Nutshell: Cooking and Baking with Nuts and SeedsSHOP NOW

by Cara Tannenbaum and Andrea Tutunjian
I've always considered nuts the perfect between-meal snack, but rarely used them in my cooking until I discovered Cara Tannenbaum and Andrea Tutunjian's cookbook In A Nutshell: Cooking and Baking with Nuts and Seeds. Calling on family recipes as well as Mediterranean and Middle Eastern-inspired flavors, Tannenbuam and Tutunjian celebrate the versatility of these protein-packed gems, taking us from, yes, snacks to appetizers, entrées, sauces, and desserts. Standouts include their hearty vegetarian dishes, such as almond-crusted macaroni and cheese and simple shredded Brussels sprouts with chestnuts, and the breakfast section, with recipes for pecan-crème brûlée French toast, oatmeal-ginger almond pancakes, and walnut shakshuka. With a combination of simple and complex dishes that make the book both accessible for novices and exciting for the seasoned cook, Tannenbaum and Tutunjian prove that nuts can transcend the bar snack. _—Emily Carter 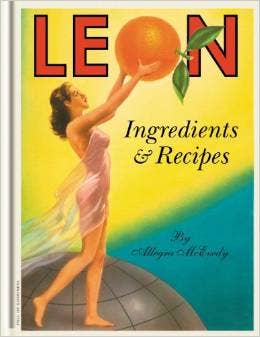 by Allegra McEvedy
I'm a private chef for a family who loves to eat simple, fresh, seasonal dishes. So when I came across Leon: Ingredients & Recipes by Allegra McEvedy, I knew I had found a book from which I could draw inspiration. Based in the UK, Leon started as an alternative fast food restaurant in 2004, with the intention of serving healthy, good food to its customers. Now, co-founder McEvedy has put out Leon's first cookbook, 10 years after the restaurant first opened. The book is divided into two sections: The first half is all about ingredients, including a pull-out map of European cheeses, loads of useful information detailing various cuts of meat, and a chart of seasonal vegetables; the second half of the book is filled with recipes. Though there are plenty of Leon favorites, such as the Moroccan harira, a hearty bean and vegetable stew, there are also a number of new recipes from the people who helped make the restaurant a success. Whether I make the baked sweet potato falafel or Mother Buckle's raspberry brûlée cheesecake, an incredible combination of cream cheese and raspberries with a crunchy brûléed crust, I know my clients are going to be impressed. _—Farideh Sadeghin

Available from Conran; $30
Buy on Amazon 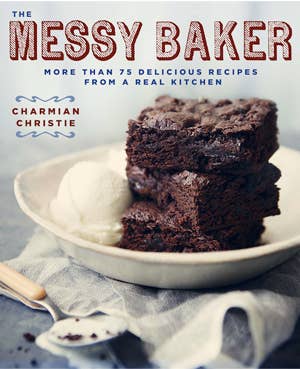 by Charmian Christie
The "messy manifesto" that begins blogger Charmian Christie's first cookbook, The Messy Baker, is one I can get behind. She invites readers to indulge in the fun, often imperfect process of baking by trying the myriad recipes she's collected into chapters with titles like Flaky, Dippable, and Smudgy. Christie guides the home baker through the basics of kitchen equipment and ingredients to ensure that no dessert is ruined by, say, poorly whipped egg whites or other failures of technique. She then transitions into recipes that range from panko-topped peach and blueberry crisp to rosemary and caramelized onion focaccia, with an abundance of accompanying sauces and dips. Throughout the book, Christie's warm personality shines, encouraging the controlled chaos that produces the lopsided pies and uneven cookies I have always adored. So get messy—it's the first step to creating something delicious. _—Claire Gambee 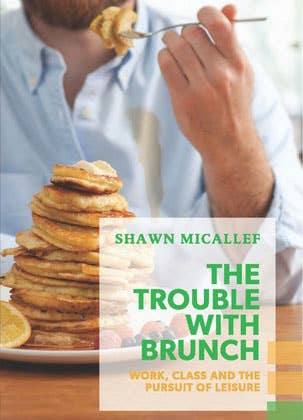 The Trouble with BrunchSHOP NOW

by Shawn Micallef
It's hard for me to imagine a conversation about brunch among my friends that deviates from our usual Sunday morning script: "Brunch at Dillon's?" "Yes! Be there in 15." Sure, we could probably make a better omelette at home than the one we go out in the rain to pay $9 for, but we figure hey—it's brunch, and it's a beloved tradition. Shawn Micallef, an award-winning urbanist and author of The Trouble with Brunch: Work, Class and the Pursuit of Leisure, feels differently. His new book isn't so much about the meal itself, but rather uses the idea of brunch as a vehicle to talk about leisure time, performance, and status as it pertains to the so-called "creative class," making the distinction between class defined by income and class defined by other social factors such as education and type of work. This interesting read is not really an attack on your favorite meal, it's more of an eye-opener that we, as overworked and underpaid city-dwellers, should demand a better outlet for our precious free time.
—Grace Rasmus 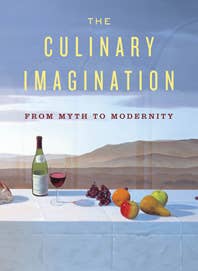 by Sandra Gilbert
A compelling meditation on food and culture, Sandra Gilbert's latest book The Culinary Imagination looks at representations of food, cooking, and eating in art, literature, religion, philosophy, and cultural practices in an attempt to demonstrate that it's not just what we eat, but also what we read, write, hear, and think about food that defines us. What does it mean that Eve's fatal bite inexorably leads to the redemptive Last Supper? Why do some people and cultures celebrate the hedonistic pleasures of the culinary while others stress the moral imperative of restrictions? How do we reconcile ourselves to our own ultimate place on the food chain? Where is our relationship with food headed? Truly an engaging and important examination of food and humanity, Gilbert's book is humbling, poignant, revealing, and just plain interesting. _—Isabel Carter