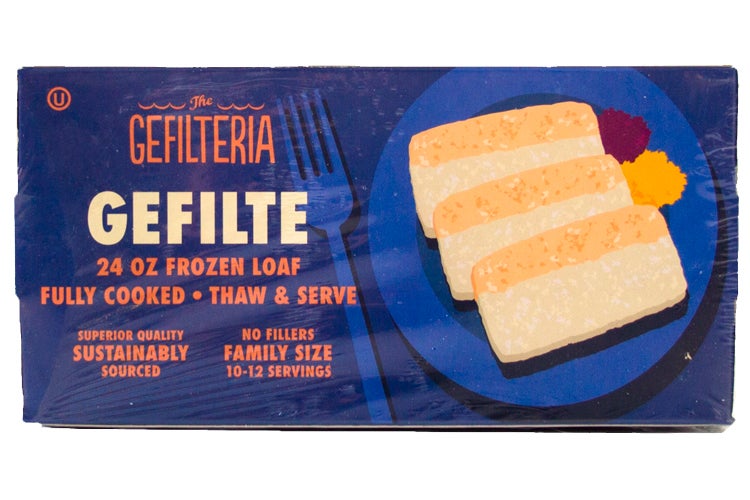 I grew up in the Ozarks and if gefilte fish could be found at all, it was in a jar in the ethnic food aisle. So when I moved to New York City in my early 20s I was surprised to hear my adopted Jewish grandmother, Natalie, profess her love of the stuff, especially her mother’s special recipe. It wasn’t until my CSA sent out a sample from Gefilteria, a trio of self-proclaimed New York foodies who set out to reimagine Old World Jewish foods for a new generation, that I came to understand Natalie’s obsession. The fresh whitefish and steelhead loaf had a thick ribbon of rich salmon, and was baked in a savory onion broth. This gefilte, bursting with glorious aromatics, looks and tastes nothing like the jarred variety. I bought a loaf for Natalie and while it may have not been her mother’s beloved recipe, the grin on her 97-year-old face as she took a bite said it all.

Gefilte Fish, $28 for 24 oz. from growandbehold.com