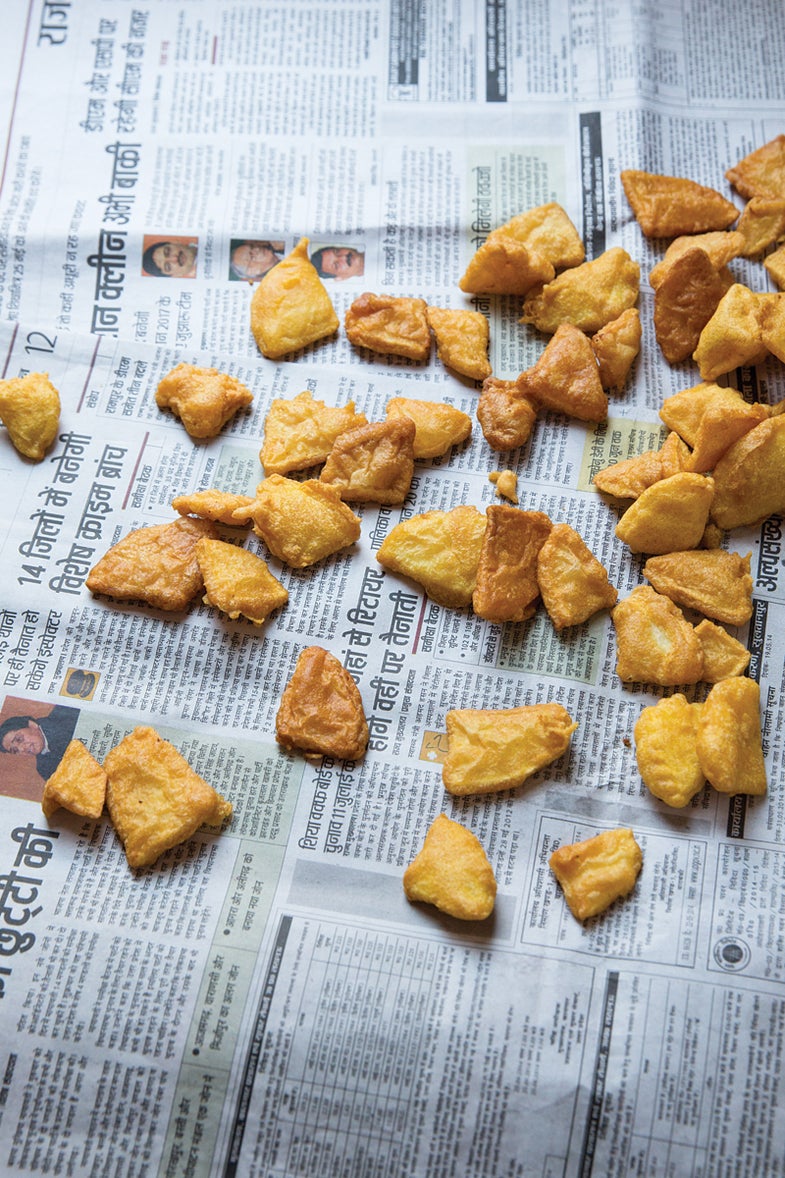 For this Mumbai street-food snack from Raghavan Iyer, chunks of potato are dredged in a light chickpea-and-rice-flour batter that is spiced with turmeric and chile powder. The potatoes are then deep fried until a golden crust forms and served with cilantro and tamarind chutneys. The spiced batter can be also used for other vegetables such as cauliflower and broccoli florets, sliced plantain, and eggplant. This recipe first appeared in the tablet edition of our August/September 2014 special India issue with Indrani Sen’s story The School of Small Bites.