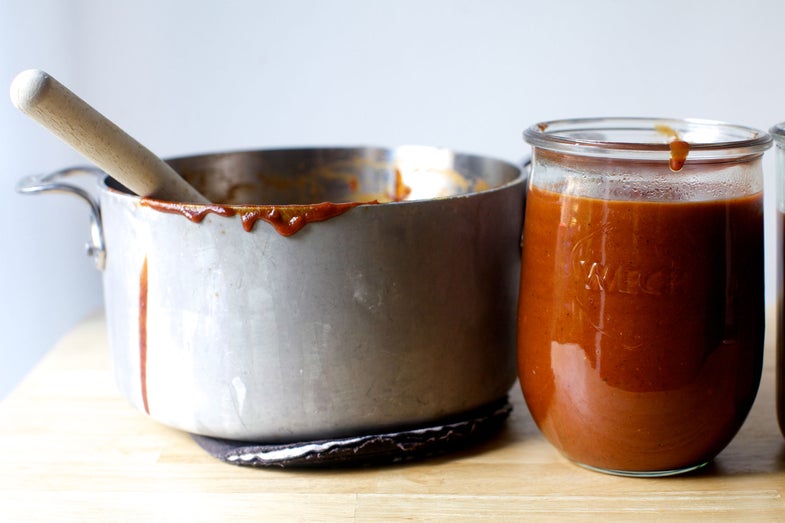 You would think that potholders are an uncomplicated purchase. You would think that learning that my favorite potholders had been discontinued would not be the cause of heartache. You’d think one might just go on Amazon and buy, say, the top-ranked one that 2,920 people have taken time out of their days to bestow a hyper-enthusiastic review upon. They’re $6.99 and we could all quit reading now. But they’re all wrong.

Most oven mitts are the worst. They’re too stiff, too sweat-inducing; they always feel oversized and clunky, protection at the expense of dexterity. I suppose I should applaud them for keeping our wrists and forearms protected, but it’s possible if I cannot keep my elbows out of harm’s way while removing a tray of cookies from the oven, I have no business being near heat sources in the first place. As a left-handed person, I can guarantee you that at any given time, the nearest one will be for the wrong hand.

Ten years ago, I bought a single Now Designs Ultragrip Oven Mitt. I balked at the $11 price tag, but I was back at the store within a week for a second one because it had already changed my cooking life for the better. It’s 8.5 inches, which I quickly learned is the best size to not be too big for small hands or too small for big hands. It has a pattern of raised silicon squares that grip so effectively, I was soon using it to open jars. It doesn’t care whether you’re left or right-handed. You put your thumb in the bottom pocket and your remaining fingers in the top pocket to form a grip so obvious, you will immediately wonder why every other potholder isn’t designed the same way. Due to scant excess fabric, you can be as nimble, maneuverable, and unclumsy as you were before you were wearing potholders. All future blame for clumsiness must be directed inward.

I recently realized that they now look more like something that would line a gerbil’s cage than something one might use in a kitchen in the Age of Pinstagram. It happened in all of two seconds when a director filming a recipe in my kitchen waved it off the counter before it was caught in the next shot. “But…” and then I suddenly saw what a decade of cooking had turned them into. “… Oh.”

But when I went to buy more, I discovered that they were discontinued. Like all heartaches you didn’t see coming, learning that the last pair I bought would become the last pair I would get to buy has left me a little raw. Why do good things have to come to an end? How could others not see how perfect they were? I’d have acted differently if I only knew we’d have more time together. I’d have bought at least four more, shut my yap about the price, and not had to worry about this again for at least another two decades, when potholder design will have hopefully caught up with common sense.

In the meanwhile, this article is the equivalent of one of those endearing-as-they-are-pitiful Facebook pages petitioning corporations for the return of lost consumer loves like French Toast Crunch cereal, Crispy M&Ms, or Dunkaroos. We know it’s not going to work. We realize that some CEO isn’t going to peer into the comment section, ignore the fact that the numbers didn’t add up, and order them back into production because Deb from New York asked so nicely.

But it cuts deeper that we can’t stop pleading the loss of things that do jobs perfectly. If something you thought was the pinnacle of usefulness has been determined old and obsolete, does this mean you are too? Or maybe it will be like Oreo O’s Cereal and Twin Peaks, back by popular demand, our unwavering belief in their inherent goodness rewarded.

From the mangy look of these things, though, it’s doubtful. The black fabric is faded to a putty-ish charcoal, their outer edges are threadbare, their stuffing is visible. They’ve lost a silicon tooth or two, and a few more are chipped, and I know our time left is finite. I’d vow to use it to find a better replacement, but I won’t because I’m stubborn and I don’t want anything new. Instead, their imminent obsolescence has raised their status from “yikes, I should replace those mangled-looking things” to “why do all good things have to come to an end,” sentimentality gone haywire.

This window of acceptability of this is quickly closing, so with the publication of this article, I will purchase the other ones, which now two additional people have reviewed since I began this. One gushes that he has not yet burned himself while wearing them—good enough, right?